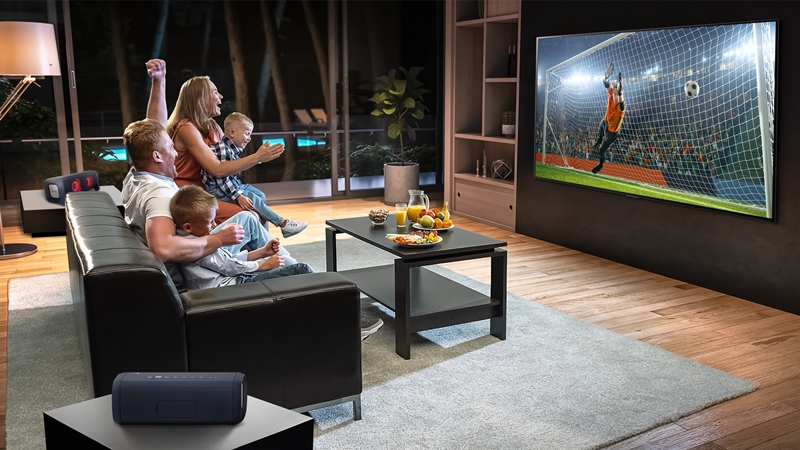 As far as the “quintessential modern home” is concerned, a solid, dependable TV is pretty much a staple item. Not only is it one of the first few things that guests will see when they visit, but you could even say that it acts as a “centrepiece” of sorts for the house itself. After all, it’s where family members can gather to unwind for a movie or a gaming session after a hard day’s work.

For starters, if you’re planning to buy a TV that does just as well for gaming as it does for regular entertainment media, then you’ll be happy to know that all of LG’s OLED TVs will come with the following quartet of Game Optimiser, Dolby Vision IQ, Dolby Atmos, and HDR10 PRO.

The first of those basically does what it says on the cover: it provides a multitude of functions, such as the all-new Game Dashboard – a panel that you can call up at the bottom of the screen to check which gaming graphics features are in play at any given moment. Meanwhile, support for Dolby Vision IQ and Dolby Atmos help to re-create that ultra-immersive atmosphere and soundscape, putting you right in the center of your favourite concerts, music, movies, and other forms of entertainment tailored to preserve HDR the way it was meant to be enjoyed from the production house.

Finally, for content that isn’t mastered with Dolby Vision, LG’s HDR10 PRO adjusts and maintains the optimal brightness of HDR content for users to enjoy all of the same activities, and it even helps to enhance the visual clarity of the display as well.

Going above and beyond: The OLED G1 and C1 series 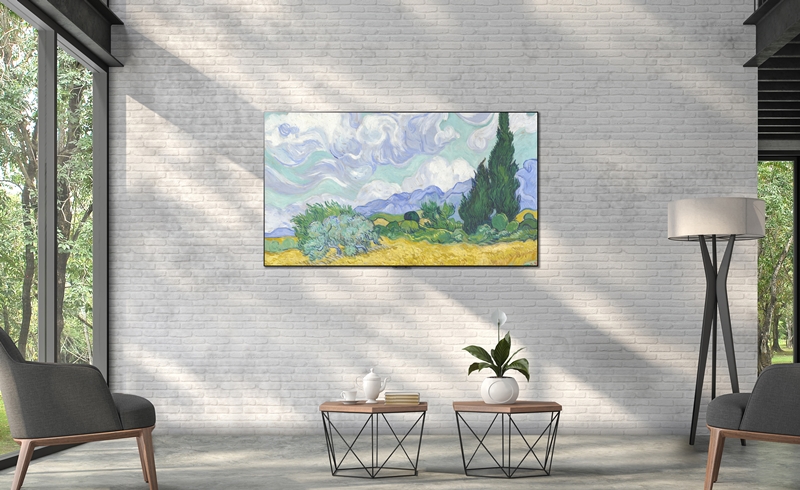 Now here’s where the different models start to deviate from the median line, and we’ll be starting off at the higher rungs of the ladder.

Stacking nifty webOS 6.0 and HDMI 2.1 capabilities (for fast 120Hz gaming on the latest video game consoles) on top of the baseline quartet of features, it’s fair to say that both the G1 and C1 series are truly loaded to the brim, and that’s probably an understatement.

Among other inclusions, both of these also feature the handy Filmmaker Mode, but more importantly they come loaded with LG’s latest accomplishment - the nifty Alpha 9 Gen 4 AI processor, which utilises advanced deep learning protocols to optimise image rendering and colour accuracy. The end result is nothing short of the best visual experiences that modern technology can deliver on a TV. 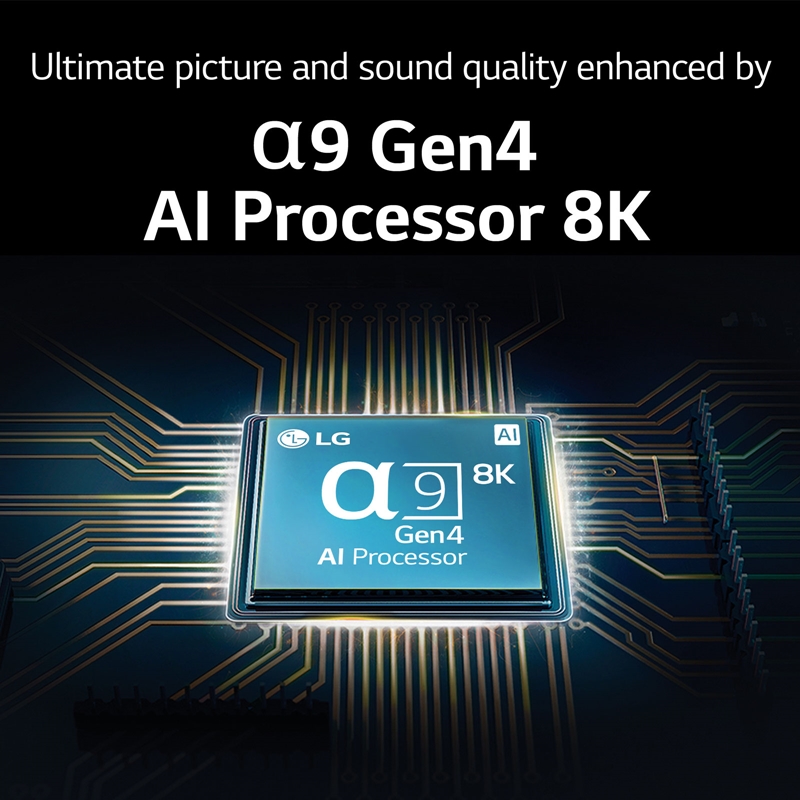 However, despite their industry-leading processor and numerous shared features, there are still several notable differences between the G1 and C1 series’ offerings, and naturally, these go beyond mere nomenclature.

Functionally, both televisions come with 4K OLED capabilities, but the G1 sets itself apart from the C1 by running LG’s cutting-edge OLED Evo panel technology, which promises enhanced brightness, image clarity, and overall visual delivery over other OLED TV models in the market. In addition to a class-leading OLED Evo panel, the processor’s innate frame-by-frame analysis and upscaling capabilities also work in tandem to deliver the most accurate and vibrant images, giving them an edge over the C1 in terms of visual delivery and impact.

In fact, there is even a new aesthetic option for you to check out if the G1 piques your interest. If you want to make your G1 look even fancier than the default flush wall-mount option, you can even have it propped up on the new LG Gallery Stand - it is a tasteful yet minimalistic add-on that’s compatible with the 55-inch and 65-inch variants with built-in cable management slots to boot.

We have a full hands-on video to see, hear and feel the improvements made on LG's new G1 OLED Evo TV so dig in to experience what our editor found:-

Then what exactly does the C1 series have going for it? Well, when it comes to features, the C1 series is technically your next best option if the G1 is ever so slightly out of your budget range. And unlike their G1 cousins, which only come in three sizes, the 4K OLED C1 TVs offer five – 48-inch, 55-inch, 65-inch, 77-inch, and 83-inch. 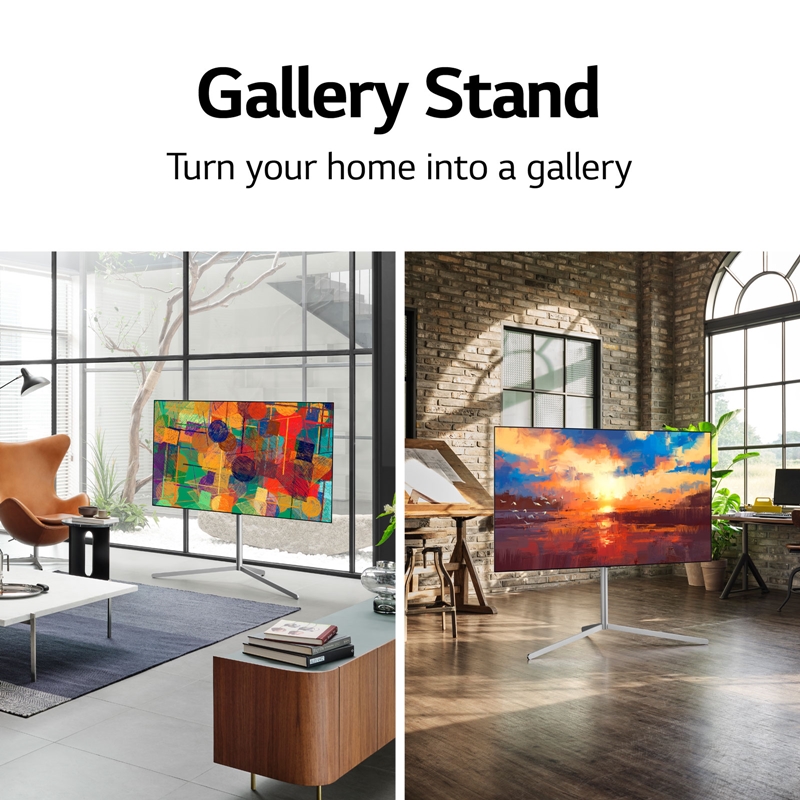 Accordingly, this provides more wiggle room for homeowners to experiment with. For example, the more compact 48-inch option might appeal to those wanting a high-quality screen in smaller spaces like the bedrooms, making it the ultimate gaming and entertainment screen for that size. And for those who are really keen on making a statement, there’s also that monstrous 83-inch option for consideration.

Speaking of sizes, unlike their G1 cousins, the C1 series is meant to be placed on a tabletop by default, which means these models come with a table stand included, rather than a wall-mount or the aforementioned Gallery Stand option. As for pricing, here's how much each of these models will set you back.

Wallet-friendly: OLED A1 and OLED B1

Even with all of these nifty features in mind, sometimes all we want is a TV that can simply...provide. One that lets us binge-watch all of the Friends episodes on Netflix or spend the entire weekend playing Genshin Impact on our PlayStation 5, without the need for all the bells and whistles available on the G1 and C1 series.

For such a scenario, LG has provided not one, but two different television series in the form of the A1 and the B1. Naturally, don’t underestimate them just because they don’t exude the same sense of luxury though, as they do have features that allow them to punch above their weight. Both the A1 and B1 series OLED TVs feature the same baseline quartet of features as before, and both are also powered by the same Alpha 7 Gen 4 processor 4K, which promises excellent visual quality and impact, though admittedly they do fall short of what their G1 and C1 series cousins can produce.

But if that is the case, what difference is there between the A1 and the B1 series? The answer is HDMI 2.1 capability on the B1 models, a characteristic it shares with its brethren further up on the OLED TV chain. Basically, HDMI 2.1 allows the television to accommodate higher resolutions and frame rates (up to 120Hz at 4K), which are not only fantastic for movies but for games as well, especially those on consoles like the PlayStation 5 and Xbox Series X/S.

Accordingly, here are the prices for the A1 and B1 Series OLED TVs respectively. 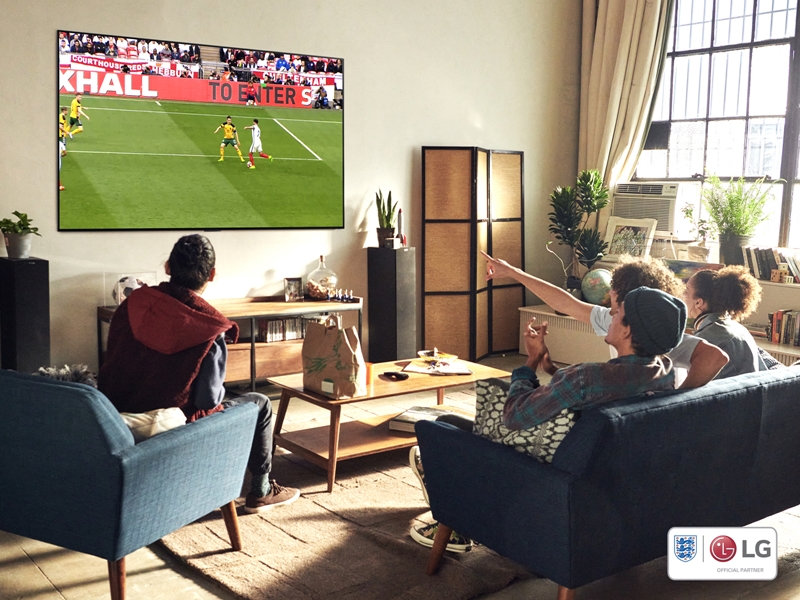 Speaking of which, if you still need additional help deciding on a television size, you can use the handy LG TV AR Experience app to see how each model might fit into your home. And if you’d like to check out a more comprehensive list of specs, go ahead and hop over to our corresponding article, or take a look at the official LG webpage.

Our articles may contain affiliate links. If you buy through these links, we may earn a small commission.
Previous Story
Despite being difficult to buy, Sony has sold over 10 million PS5 consoles
Next Story
TSMC to start 2nm chip production in 2023