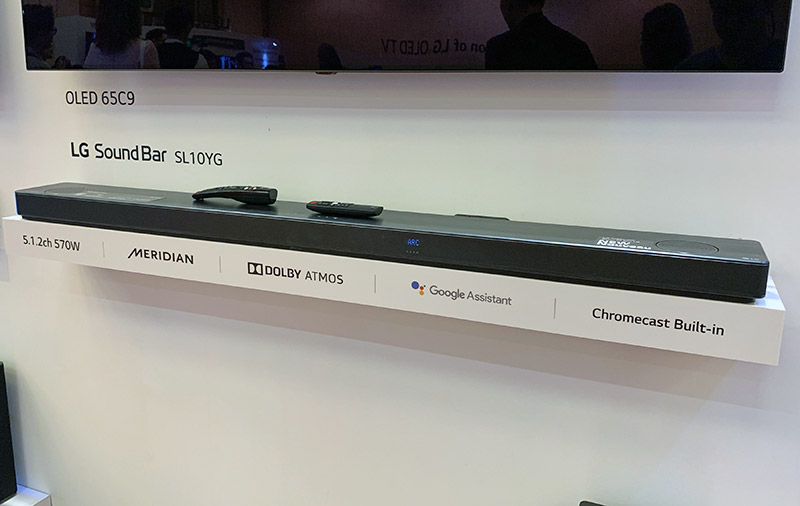 LG has announced that its newest Dolby Atmos soundbars will go on sale starting in May.

Available in three models - the SL10YG, SL9YG, and SL8YG - LG’s 2019 Atmos soundbars feature a few of Meridian Audio’s technologies, such as the English company’s Bass & Space tech for deeper bass and Image Elevation for a heightened soundstage. The soundbars also use Meridian’s Upmix technique to up-mix 2-channel audio to multiple, distinct channels.

Another key selling point of the SL10YG, SL9YG, and SL8YG is their support for Dolby Atmos object-based audio and DTS:X. You can also add a wireless rear speaker to the setup, but you’ve to buy this kit separately. The soundbars do come with a 220W wireless subwoofer, though.

Of the three Atmos soundbars, the SL10YG is the most powerful and supports the most number of channels: 570W and 5.1.2 channels. It also has two HDMI 2.0 inputs, compared to one on the other two soundbars. Beyond that, the three soundbars are pretty similar, specs-wise, with all of them supporting 4K passthrough, HDMI ARC, Google Cast, and Google Assistant.

For those looking for a soundbar that can be mounted flush to the wall, LG actually recommends the SL9YG, which is a 4.1.2-channel, 500W system. This soundbar is only 57mm deep and has an integrated gyroscope sensor to gauge its position so that it can automatically adjust the direction of the sound. 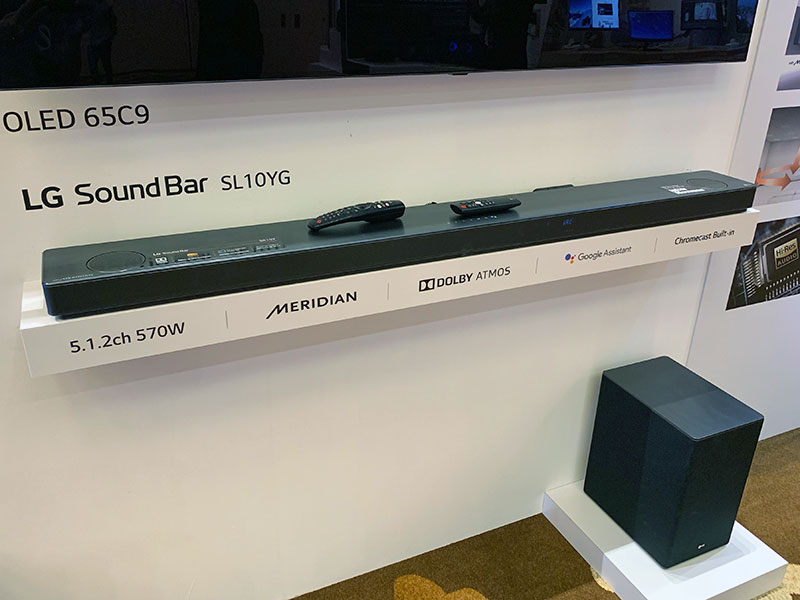 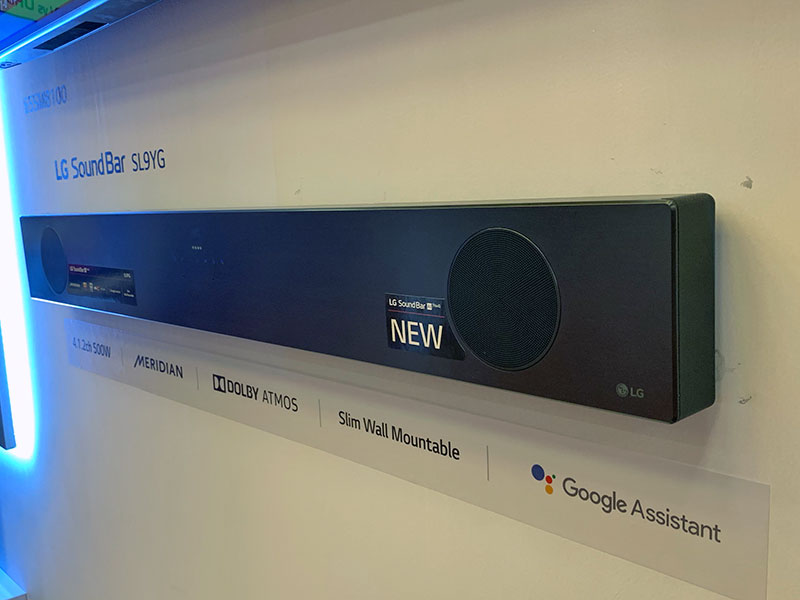 Last but not least, the SL8YG is a 3.1.2-channel, 440W soundbar. While it doesn’t have as much as power as the SL10YG, it’s as thin as the SL9YG. The most compact of the trio, the SL8YG will also not look too big when you pair it with a smaller TV.

The SL10YG and SL8YG will arrive in stores in May, with the SL9YG following soon in June. And here’s their suggested retail prices:

Join HWZ's Telegram channel here and catch all the latest tech news!
Our articles may contain affiliate links. If you buy through these links, we may earn a small commission.
Previous Story
The 20th anniversary Casio G-Shock MTG-B1000RB is coming to Singapore on 24 May
Next Story
LG to officially unveil two new ultrawide monitors at CES 2019 (updated)