Let’s be clear: Wi-Fi Sense in Windows 10 is not a security risk

Let’s be clear: Wi-Fi Sense in Windows 10 is not a security risk 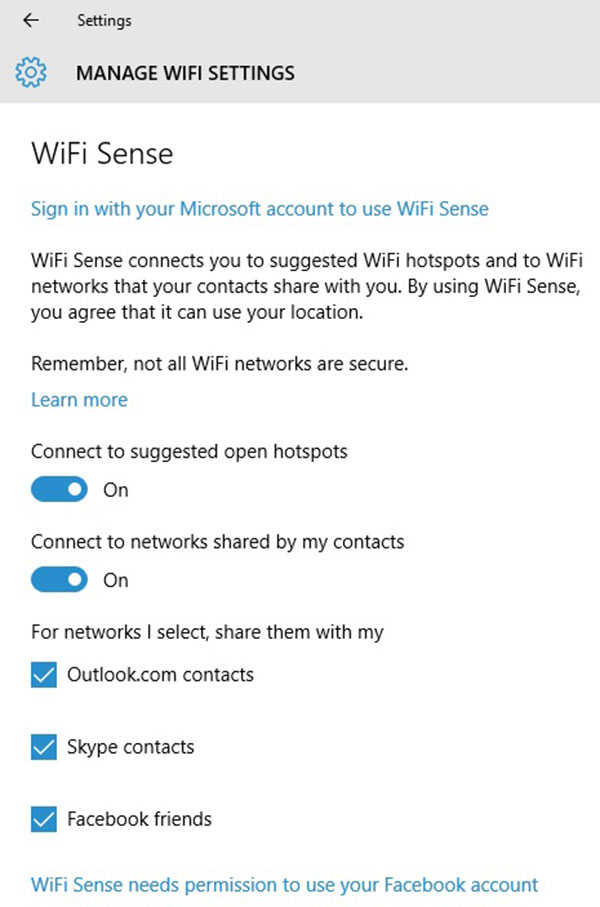 I’ve been wanting to write about the recent Wi-Fi Sense brouhaha; that is, until I realized that the ever-reliable Ed Bott of ZDNet has already done it.

In short, there are people running amok recently thinking that this feature in Windows 10 (which has been downloaded on more than 14 million devices only a day after it’s made generally available, by the way) is a major security risk as it will by default share your wireless networks’ passwords with your Facebook, Outlook, and Skype contacts.

As Ed Bott pointed out, while it’s true that sharing is enabled by default, the networks to be shared still have to be selected and enabled explicitly by you. In other words, if this is the first time you’ve heard of Wi-Fi Sense, no, none of your Wi-Fi networks are currently being shared with your friends without your permission.

Also, even when you’ve chosen to share a network, it doesn’t mean other people can start snooping on your network resources. Because only Internet access is shared.

Simply put, Wi-Fi Sense isn’t a security hole. If anything, it’s quite a useful, time-saving feature for sharing your network with a big group of people (e.g., when you’re holding a party, and assuming that they too are using Windows 10).

If you’re interested in the nitty-gritty, here’s an FAQ that talks about Wi-Fi Sense in greater detail. It also answers questions on how to stop sharing a network and how to disable Wi-Fi Sense altogether.