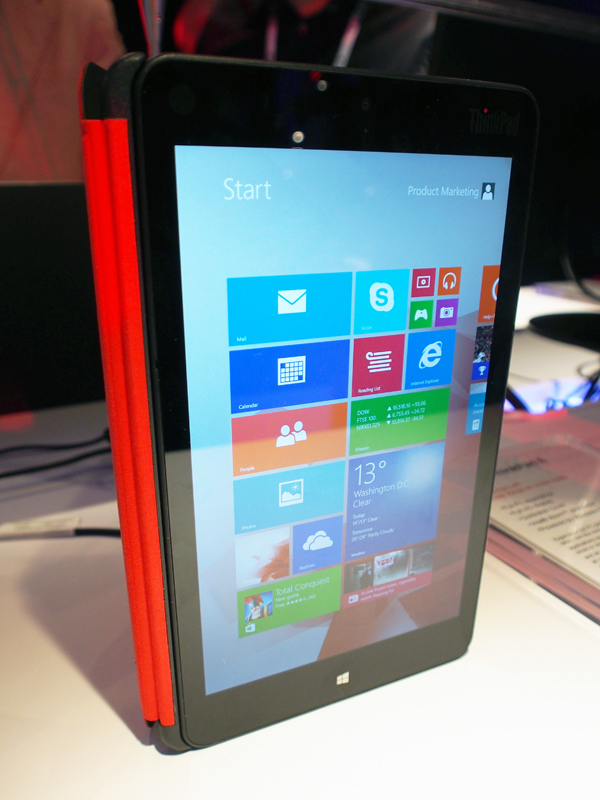 Adding to its Thinkpad range of enterprise tablets, Lenovo has launched the Thinkpad 8 at CES 2014. The 8-inch Windows 8.1 tablet utilizes an Intel Bay Trail quad-core 2.4GHz Atom processor with 2GB of RAM and boasts a Full HD 1920 x 1080 pixel resolution display. The unit we saw had a 128GB SSD, as well as a microSD slot for expanding storage.

Despite its official status as a 'enterprise tablet', the Thinkpad 8 looks and feels fairly consumerish, with a sleek aluminum rear and a thin profile of roughly 8.6mm (about the same as the Nexus 7 (2013)). It is however quite hefty, weighing in at 430g.

A quick word on the Thinkpad 8's case. Where most tablet cases have a cutout hole for the camera, Lenovo has come up with something different. It doesn't seem to have an official name, but a Lenovo product manager told us that in the engineering phase, it was called 'The Wink Concept.' The problem with having a camera lens cutout on your case is that it exposes the lens to dust, dirt and potential damage. Instead of a cutout, the Thinkpad 8's case has a small foldable flap in the upper corner where the camera is located. Fold it down to expose the camera lens and a magnetic strip will hold the flap in place and also turn the camera on. It's not a groundbreaking piece of innovation, but it is a nicely thought out design. 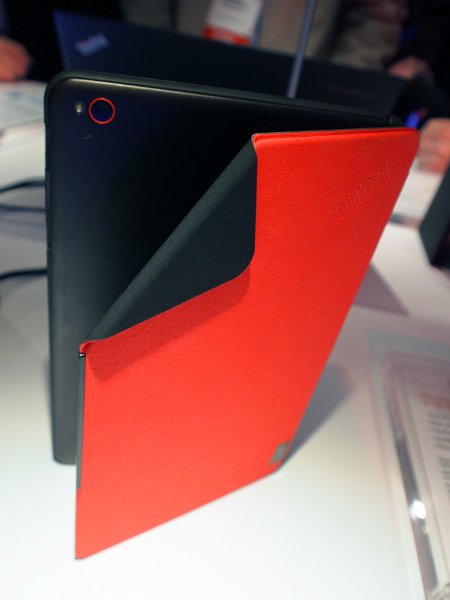 The Thinkpad 8 will be available in the US later this month and will start at US$449. Local availability and pricing is not yet known.