At Lenovo’s Tech Life event during IFA 2019 in Berlin, Lenovo low-key announced some tablet updates. I say low-key because these aren’t your typical flagship devices meant for mobile gaming or PC-replacement productivity like the Apple iPad Pro or Samsung Galaxy Tab S6. If you’re concerned with specs, these would have flown over your radar, but Lenovo isn’t playing that game.

What they seem to be banking on however, is a niche where tablets aren’t only used as personal devices, but also communal in a home as a smart display and smart home hub. 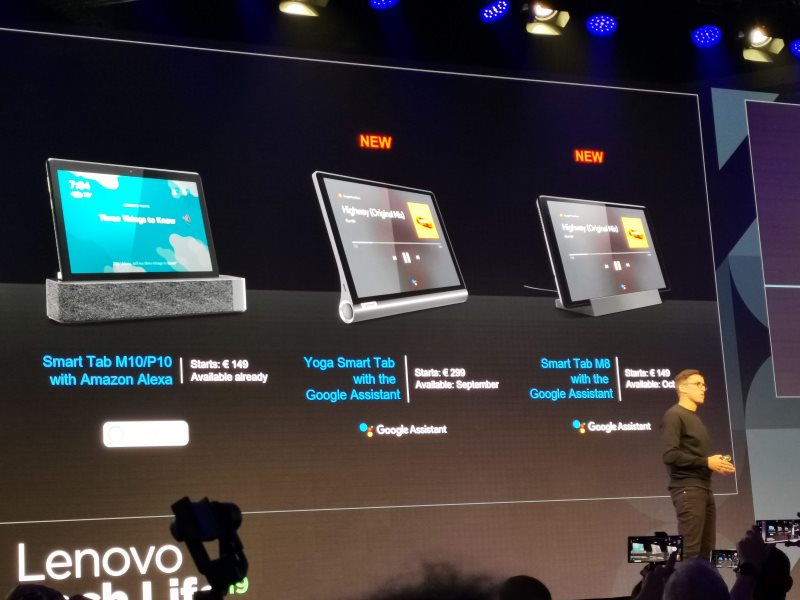 To this end, Lenovo announced the Smart Tab M8, which is a pretty modest Android tablet at first glance. It features a 2GHz Mediatek A22 Tab quad-core processor, an 8-inch HD (1,280 x 800) IPS display, 2GB RAM, 16/32GB ROM, and a 5,000mAh battery. What makes it special is that it comes with a docking station that’s more than just a charging point for the tablet. Once docked, the Smart Tab M8 turns into a smart home hub with Google Assistant support in ambient mode. The Smart Tab M8 goes on sale in October 2019 from €149. 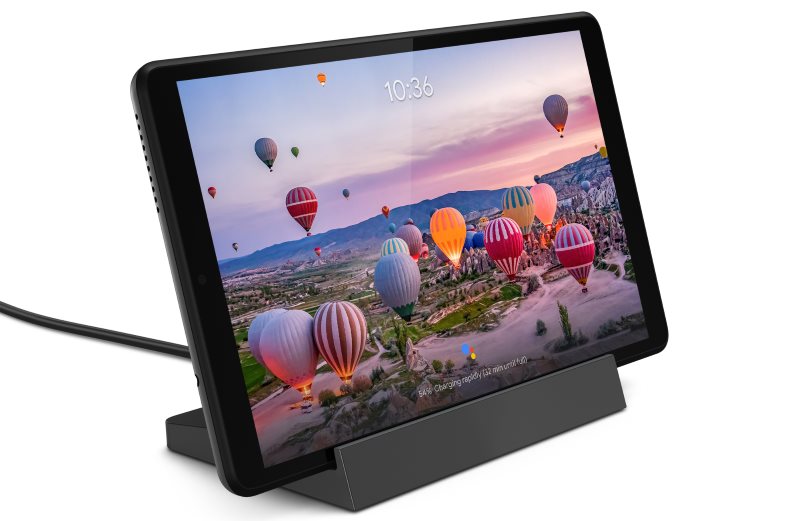 If you’re looking for something more stylish, there is the Yoga Smart Tab with Google Assistant. Functionality-wise, it’s basically the same as the Smart Tab M8, which is ambient mode Google Assistant support. However, the Yoga Smart Tab is a larger 10-inch tablet with a Full HD (1,920 x 1,200) IPS display, is slightly more powerful with the Qualcomm Snapdragon 439 chipset, and has a 7,000mAh battery. It’s got more memory too with two configurations offered: 3GB RAM/32GB ROM or 4GB RAM/64GB ROM. 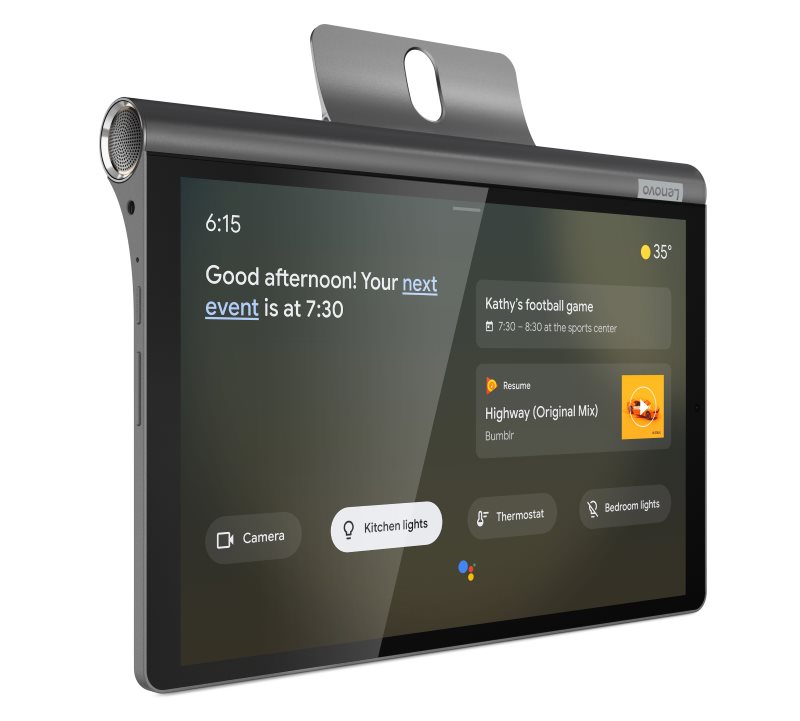 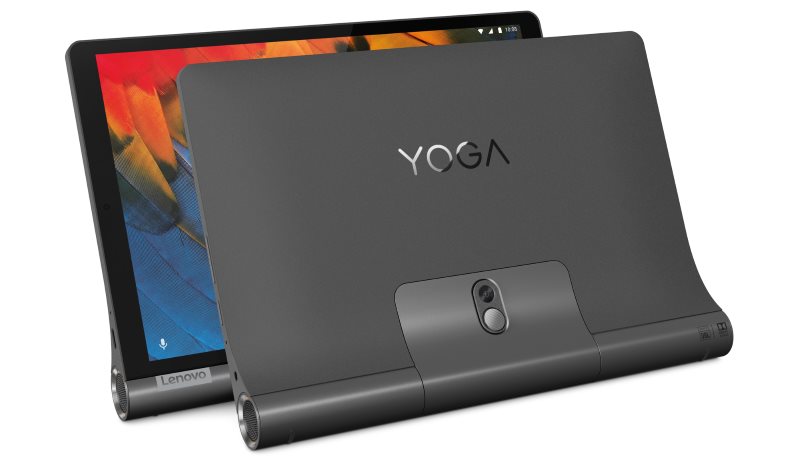 Instead of a dock, everything is built into the Yoga Smart Tab. If the design looks familiar, it’s a revival of the Yoga Tab 3. It has a cylindrical side that houses bigger JBL speakers with Dolby Atmos and rotating kickstand. What’s missing from the Yoga Smart Tab is the build-in projector that was the killer feature on the older Tab 3 Pro. When Lenovo introduced the Yoga Smart Tab as the ultimate media tablet, I have to admit I was more than a little disappointed that this feature didn’t make a return. The Yoga Smart Tab goes on sale in September 2019 from €299.

Rounding up Lenovo’s smart home update is the Smart Display 7, which basically functions as a Google Assistant-enabled control panel for your home. It features a 7-inch SD display, stereo speakers, built-in mic and a webcam so you can also use it as a digital photo frame, stream music or make video calls. The Smart Display 7 goes on sale in October 2019 for €129. 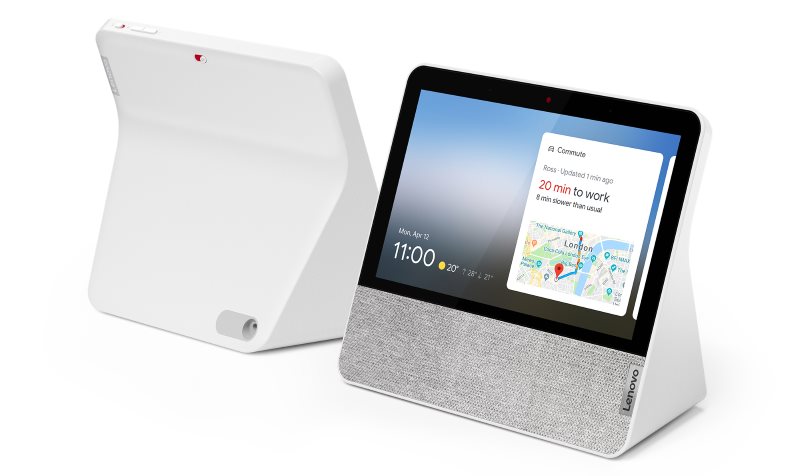