Note: This article was first published on 8 September 2021 and it was updated on 13 October 2021 with local availability and pricing details. Here are two ultraportable notebooks that Lenovo will be releasing just in time for this holiday season. Let's start with the more compact notebook of the two, the Yoga Slim 7 Carbon.

The Yoga Slim 7 Carbon has a magnesium alloy chassis reinforced with carbon fibre. As a result, it's extremely strong and light. Weight is a mere 1.1kg and maximum thickness is 14.9mm.

It has a 14-inch display with the option for an OLED panel with a resolution of 2880 x 1800 pixels. This OLED panel supports Dolby Vision HDR and 100% of the DCI-P3 colour space. It also has a fast 90Hz refresh rate.

Maximum memory is 16GB and the Yoga Slim 7 Carbon can be equipped with up to 1TB of PCIe SSD storage. 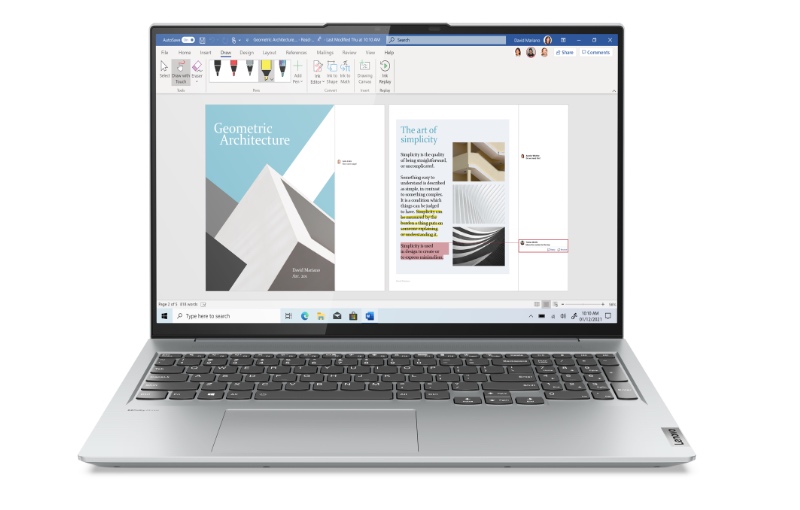 The larger of the two, the Yoga Slim 7 Pro weighs 2.1kg and has a maximum thickness of 19.9mm.

Speaking of gaming, that's something that this notebook can do because it's powered by AMD's Ryzen 5000 series processors and comes with discrete graphics in the form of either the GeForce GTX 1650 or GeForce RTX 3050. It won't deliver earth-shattering performance but it's good enough for casual and not so fussy gamers.

One strong suit of this notebook is its connectivity. It might not have Thunderbolt ports, but it has three USB-C ports, two USB-A ports, an HDMI 1.4 port, and an SD card reader.

It has a relatively large 75WHr battery that Lenovo claims can offer up to 16.5 hours of video playback.

Lenovo hasn't announced specific availability and pricing details, except to say that these notebooks will be available this holiday season. We will update this article once we hear more from them.

Here are the various configurations.

Note, however, that the most powerful version with Ryzen 7 processor and NVIDIA discrete graphics will only be available from retailers like Best Denki, Courts, Hachi.tech, and Gain City.

It will be one of the first notebooks to come pre-installed with the Windows 11 operating system. You can also check out our hands-on impression here.

Lenovo has not announced any specific details on the Yoga Slim 7 Pro availability.

Join HWZ's Telegram channel here and catch all the latest tech news!
Our articles may contain affiliate links. If you buy through these links, we may earn a small commission.
Previous Story
Global phone market shrinks 6% due to component shortages
Next Story
Battlefield 2042's new survival game mode gets shown off in frantic new trailer