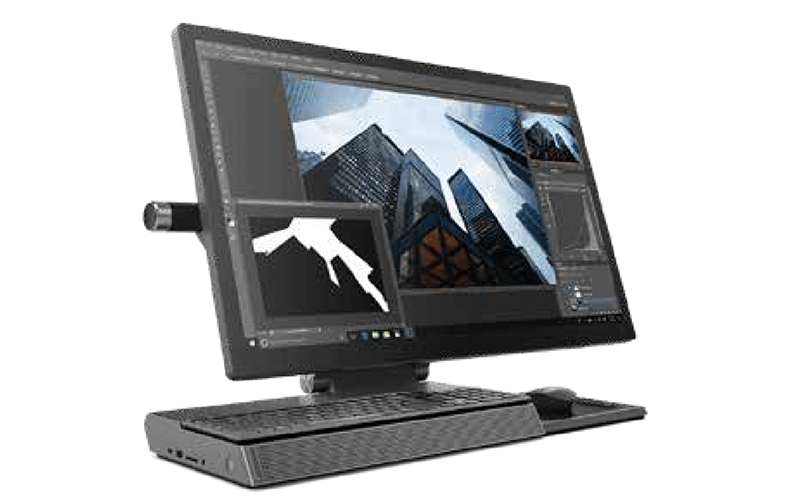 Lenovo just announced an all-in-one desktop PC for artists and designers. The Yoga A940 looks set to woo the same crowd that Microsoft went after with the Surface Studio, and it features a brilliant 27-inch 4K IPS touchscreen display that can serve as a canvas for your work.

The IPS display supports Dolby Vision, which when paired with the Dolby Atmos speaker system, sets up the Yoga A940 to be a pretty capable entertainment system as well. In addition to the built-in front-facing speakers, there is a second set of speakers under the rotating display, so sound is unhindered even when you rotate the display and put it in the so-called drafting mode.

The rotating hinge lets you tilt the display to a 25-degree angle, so you can sketch or draw more comfortably. However, it doesn't look like you can lay it completely flat. 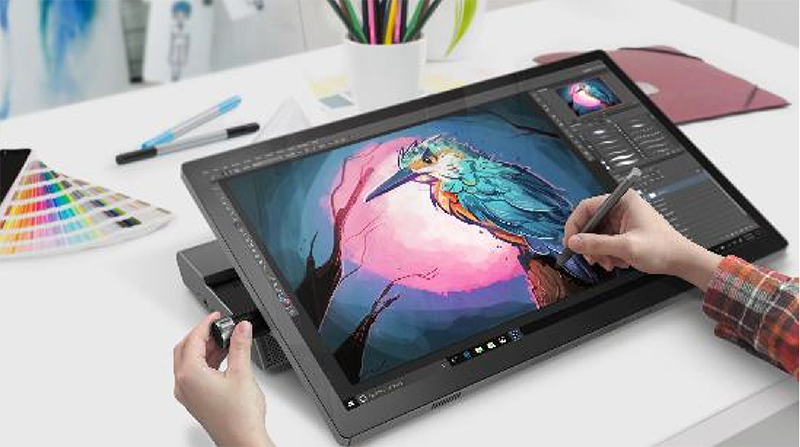 What's interesting is that the keyboard and mouse aren't more tightly integrated with the system than most other AIOs. The display sits on a fairly large base, which houses all the I/O ports and has dedicated areas for the keyboard and mouse. On top of that, the mousing area can double as a wireless charging pad for your smartphone.

And just as the Surface Studio 2 has the Surface Dial and Dell's Canvas display has the Totem, Lenovo also has a nifty add-on called the Precision Dial. This is a knob that can be placed on either the left or right-hand side of the display and gives you more tactile control when you adjust features like brush stroke, tip size, opacity, and flow rate. This is intended to facilitate one-handed adjustments without having to put down your digital pen, thus simplifying your workflow.

However, as with all such devices, how useful it turns out to be will depend on how many applications support it. At the moment, Lenovo says the Precision Dial works with Adobe Illustrator, Photoshop, and Lightroom and Microsoft Word, Excel, and PowerPoint.

To cap things off, the Yoga A940 has Lenovo Smart Assist built in, so it can also do things like pause your video when you walk away or automatically adjust your power settings.

The Lenovo Yoga A940 starts at US$2,349 and is expected to be available to buy in April.