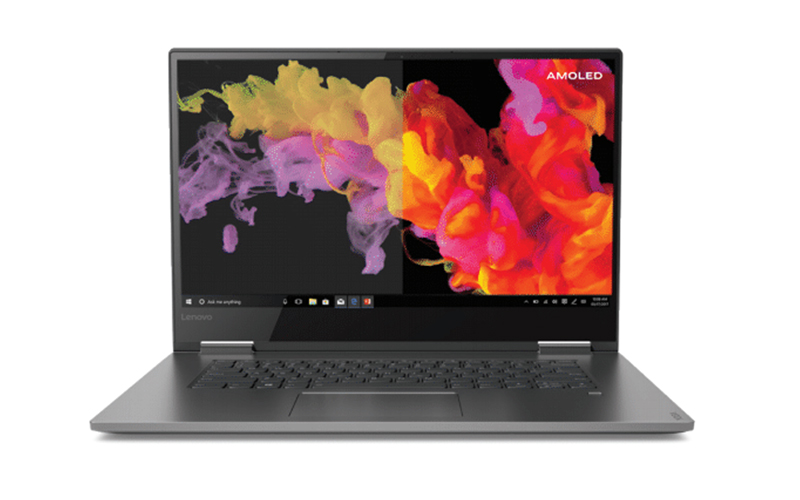 Lenovo has announced a new version of its 15.6-inch Yoga C730 2-in-1 convertible, this time with a gorgeous 4K AMOLED display manufactured by Samsung.

AMOLED technology offers far more vivid colors and deeper blacks, which bodes well for those who want to use the notebook as their primary entertainment device as well. In addition, it supposedly emits less harmful blue light, so it should be easier on the eyes as you work into the late hours.

The device is powered by an 8th-generation Intel Core i7 processor, 16GB of DDR4 RAM, and a 512GB PCIe SSD. It also comes equipped with JBL speakers and supports Dolby Atmos via headphones, so it has most of everything you need to kick back and enjoy the latest stuff on Netflix.

However, this isn't the slimmest or lightest convertible out there. Despite the relatively thin bezels, the laptop still feels a little large and unwieldy in hand, and the keyboard is framed by thick borders on both sides. There's also still a rather thick bottom bezel, so it looks like there could have been a more efficient utilization of space here. 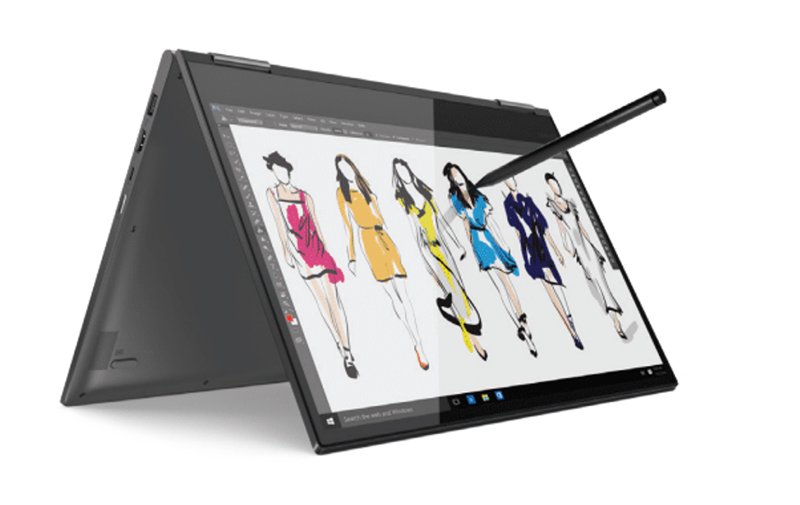 It also measures 17.15mm at its thickest point and weighs 1.89kg, so you'll definitely feel it when you carry it around. At the very least, it's aluminum construction means that build quality feels pretty solid, so that's a point in its favor.

A built-in fingerprint reader will also let you log in using Windows Hello.

When it comes to connectivity options, the Yoga C730 features one Thunderbolt 3, two USB 3.1 (Gen 1), one full-sized HDMI output, and a 3.5mm audio jack. It'll also work with the optional Lenovo Active Pen 2, which you'll have to buy separately.

The Yoga C730 with AMOLED is expected to be available in select markets starting in March.