Lenovo -- one of the world's biggest PC manufacturers -- has revealed their latest lineup of Think branded products designed for enterprise use at CES 2014. These new products include two 28-inch 4K (3840 x 2160 pixels resolution) LCD monitors, the ThinkVision Pro 2840m, and ThinkVision 28, as well as an 8-inch Windows 8 tablet that runs an Intel Atom (codenamed Bay Trail) processor. Lenovo also took the opportunity to reveal the redesigned ThinkPad X1 Carbon, which comes with a fourth generation Intel Core U-series processor. 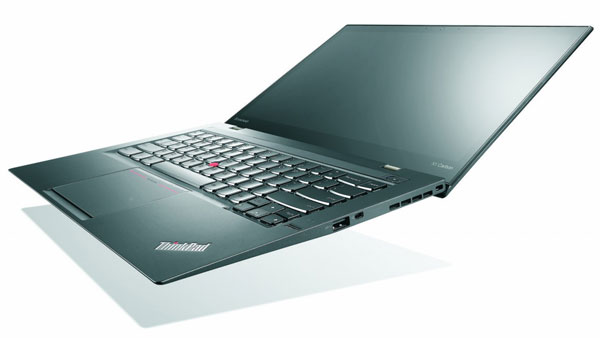 The new 14-inch Lenovo ThinkPad X1 Carbon (2014) is almost identical to the previous generation X1 Carbon released in 2013 in terms of looks. It comes in matte black, with a durable but light carbon fibre chassis (just like last year's model) and has the same flat-hinge design that lets it lay flat. However, it's now slightly thinner (1.5mm) and lighter (45g), and is touted by Lenovo to be the lightest 14-inch Ultrabook in the market. The display has also been upgraded to a more contemporary WQHD (2560 x 1440 pixels resolution) IPS display, but users who are seeking to cut costs can still opt for last year's HD+ (1600 x 900 pixels resolution).

Lenovo also increased the new X1 Carbon's battery capacity to give it more battery life (up to nine hours), making it much more portable than before. Like the previous X1 Carbon, this new model has the same Rapid Charge feature that lets users charge it up to 80% in just 50 minutes. Besides an improved battery life, the new Lenovo ThinkPad X1 Carbon also has more connectivity options. Users now have 4G LTE options, Bluetooth 4.0 and near field communication (NFC) options. The new X1 Carbon also comes with gesture controls that let it flip through presentation slides and photos with simple gestures, as well as voice control support with Dragon 1.5 that enables execution of simple commands through voice controls. 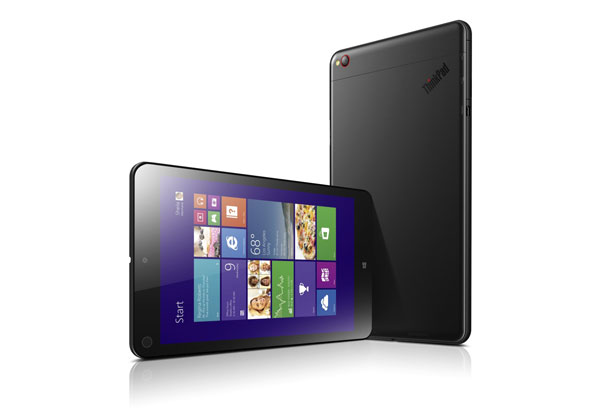 While the 8.3-inch Lenovo ThinkPad 8 isn't Lenovo's first business tablet, it is their first 8-inch business tablet. This 430g, 8.8mm thick little enterprise machine has the latest Intel Bay Trail (Z3770) quad-core processor, so it will be running the full version of Windows 8, rather than the stripped down Windows RT for devices with ARM processors. The  processor with its onboard Intel HD graphics (Gen7) is used to power its high resolution (1920 x 1200 pixels resolution) FHD 10-point multi-touch display.

Lenovo estimates the ThinkPad 8's battery life to be about 8 hours (with its 20.5WH battery), which is just enough for a full work day of use (videos, document sharing and web browsing). Like a true ThinkPad, the ThinkPad 8 also comes with more interface options that the usual tablet. It has a micro USB 3.0 port, a micro HDMI port, a microSD slot, and an optional microSIM slot.

Like most premium tablets in the market, the ThinkPad 8 will come with 2GB of onboard memory, with storage of up to 128GB. It also has an 8MP rear camera with auto focus and flash that lets users take photos, as well as a 2MP front-facing camera for video conferences. 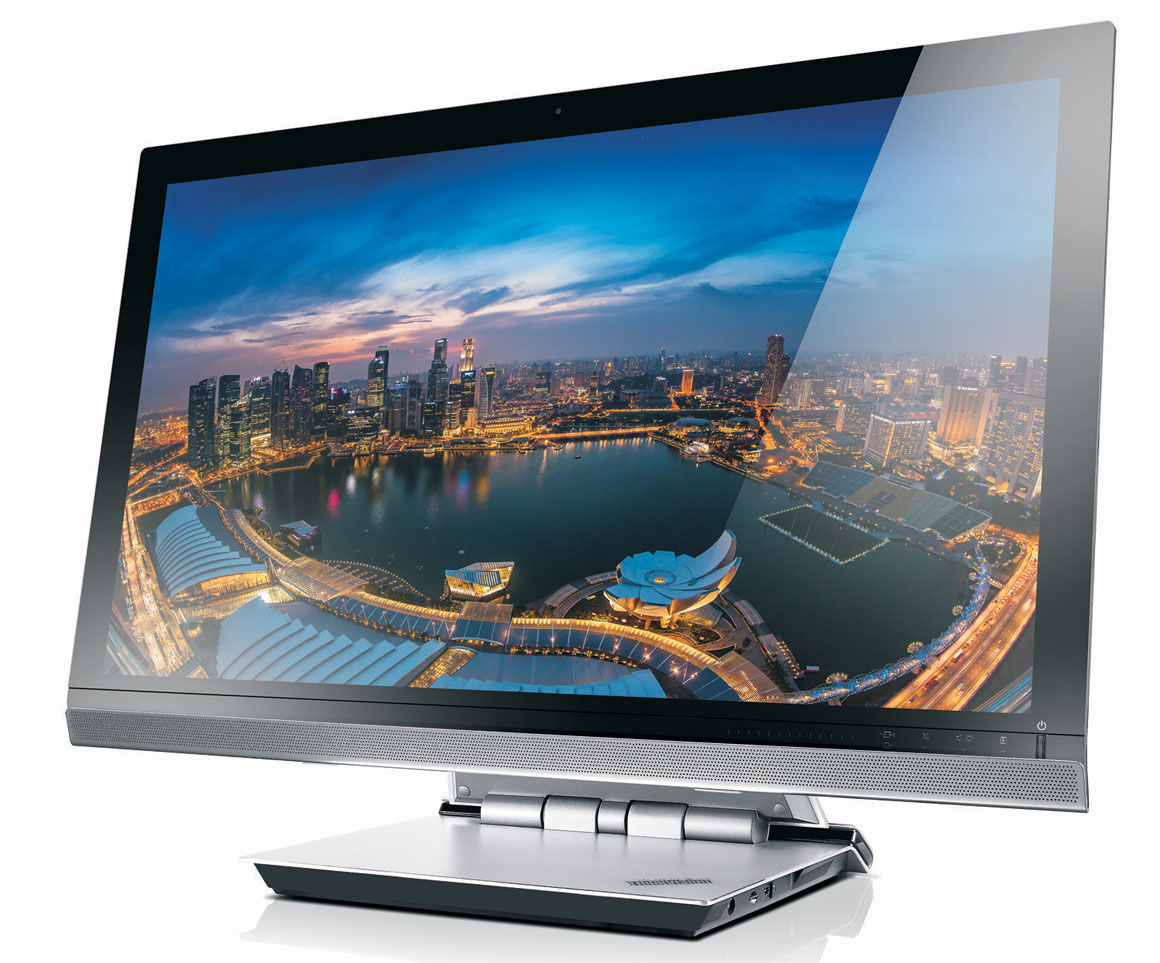 The ThinkVision 28, a 28-inch 4K (3840 x 2160 pixels resolution) entertainment centre with 10-point multi-touch, also does double duty as a monitor. Besides being a very bright (300 nits) display with good viewing angles (170/160 degrees), it also has a an NVIDIA Tegra chip onboard (along with 2GB of RAM and 32GB of eMMC storage) that lets it run Android 4.3 (Jelly Bean).

And since it can be a standalone device, the Lenovo ThinkVision 28 is also built like one. It has multiple features like "Tap to Connect" for seamless syncing of secondary devices, as well as Miracast with back control for smart device connectivity. There are also extra USB ports for charging other devices, and additional HDMI ports for more connectivity options. Like other smaller Android tablets, the ThinkVision 28 also has a FHD 2MP camera and noise cancelling dual array microphones that allow for video conferencing with high definition video and clear voice recognition.

To ensure that the ThinkVision 28 is a complete solution for users, it also comes equipped with a pair of powerful 5W speakers, so there's no need for additional speakers in order to enjoy movies and music. 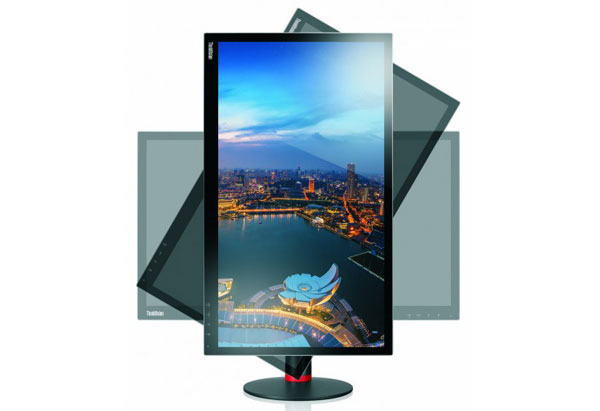 While the ThinkVision Pro2850m shares the same display size and resolution, this device is built primarily for imaging professionals. It has a 5ms response time, true 10-bit color for better image reproduction, and a 3M:1 dynamic contrast ratio. Besides having excellent performance, Lenovo also ensure that the ThinkVision Pro2850M looks great in any environment.

Unfortunately, Lenovo hasn't provided pricing and availability information as of yet. However we will keep this space updated so keep a lookout for them here.

Join HWZ's Telegram channel here and catch all the latest tech news!
Our articles may contain affiliate links. If you buy through these links, we may earn a small commission.
Previous Story
Tegra K1 Available in Two Variants - 32-bit Quad-Core A15 + 64-bit Dual-Core Denver
Next Story
Acer Android AIOs and Iconia Tablet Announced Ahead of CES 2014