Lenovo is betting big on artificial intelligence and augmented reality. In April, the Chinese company announced that it would be investing US$1.2 billion in AI, big data, and IoT devices over the next four years, and that focus was on display at the Lenovo Tech World innovation summit today.

The electronics giant unveiled the concept for a new augmented reality headset called daystAR, which will feature an optical display with an independent vision processing unit and a 40-degree field of view.

The headset is equipped with a camera, and developers can use Lenovo’s own AR platform to create applications for it. It’s not quite clear why the company didn’t opt for the Windows Mixed Reality platform instead, but this is after all a concept design.

There’s no need for a phone or PC, and daystAR can connect on its own to services like Cloud Object Recognition, Remote Assistance, and 3D Content Manager, so users can scan, upload, and edit 3D content through the platform.

If you’re having trouble keeping track of all the headsets Lenovo has in the works, we don’t blame you. The company is gunning hard for mass market adoption, and it already has plans for a Windows Holographic VR headset, another standalone VR headset with Google Daydream support, and an AR headset for new Star Wars games and experiences.

In addition, Lenovo revealed something called SmartCast+, which is sort of like a smart speaker on steroids. It envisions SmartCast+ as an intelligent, interactive speaker that can recognize sounds, objects, and also deliver AR experiences through a built-in projector that can cast images onto walls or screens. 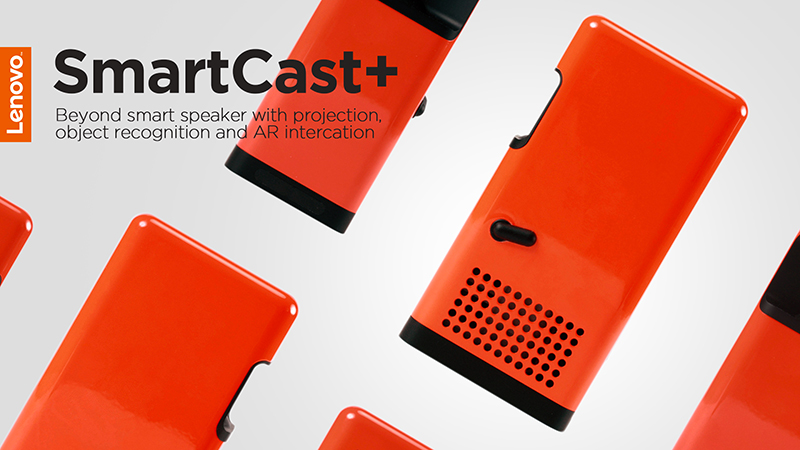 Unsurprisingly, the company also floated the idea of an AI assistant called CAVA, which uses facial recognition systems and natural language technology powered by deep learning algorithms. On top of that, it can understand your messages and make recommendations based on context and different scenarios.

For instance, if you tell CAVA that you have a meeting in an hour, it might suggest that you leave earlier if there is a forecast for rain. Lenovo dabbled in healthcare as well with SmartVest, a garment with a 12-lead ECG and 10 textile sensors that can record ECG signals round the clock. It identifies abnormalities like tachycardia or atrial fibrillation, and can also be used by athletes to monitor their training and heart rate.

It’s linked to your phone via a mobile app, and you’ll receive alerts should your cardiac activity show cause for concern.

Finally, the Xiaole customer service platform can learn from customer interactions and improve itself. It operates 24/7, and can provide a more personalized experience as time goes on.

We won’t be seeing any of these devices soon as they’re still just concept designs, but Lenovo views them as an integral part of the R&D process that help it push the envelope on its existing products.

Previous Story
WhatsApp might be on the verge of being banned in China
Next Story
With Singtel Dash, anyone can now get a virtual Visa account