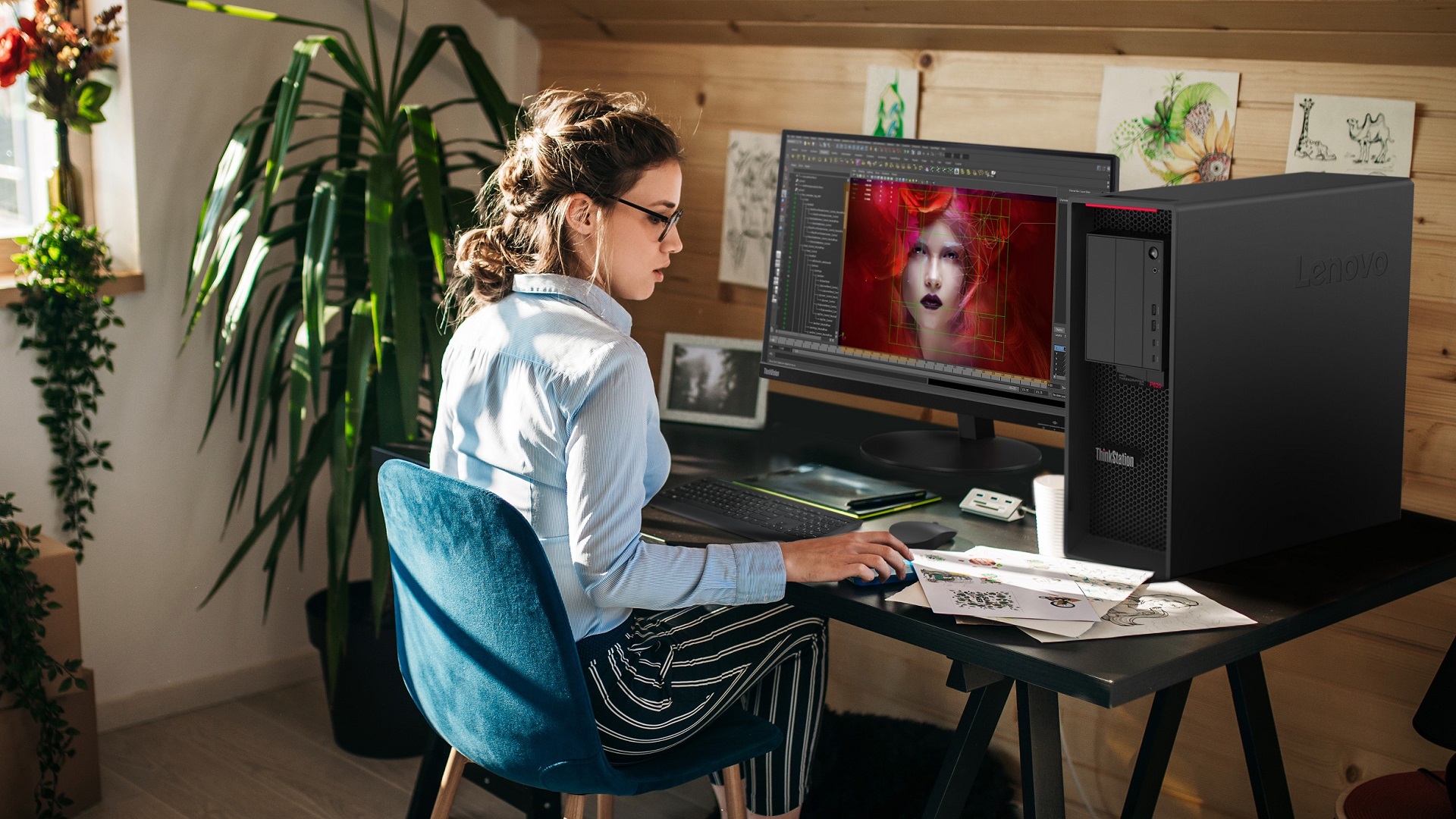 Today’s single-CPU processors have a maximum core count of 18, while the highest a dual-processor system could support was 56. The result of 64 cores should be seamless 8K video streaming in real time, reduced render times, faster simulation solving, and other benefits that come with parallel performance.

The ThinkStation P620 includes support for up to two NVIDIA Quadro RTX 8000 or four RTX 4000 graphics cards, up to 512GB DDR4 3200MHz memory (8x64GB DIMM modules), and a maximum of two M.2 SSDs with 2TB each (for a maximum of 4TB in total). If that storage capacity proves insufficient, the PC also has four 3.5-inch HDD options that grants 16TB – for a total massive 20TB of storage.

With so much power output, there is potential for a lot of heat going on inside. And that’s not a good thing for any workstation – which are also more often than not left running 24/7. So Lenovo and AMD collaborated on an air-cooled solution with a custom-designed heatsink for better heat management.

Lenovo hasn’t announce the pricing options but confirmed that the ThinkStation P620 will be available starting in September 2020.

Join HWZ's Telegram channel here and catch all the latest tech news!
Our articles may contain affiliate links. If you buy through these links, we may earn a small commission.
Previous Story
Oppo's next-generation fast-charging technologies goes beyond smartphones
Next Story
The Google Stadia roster has acquired Sekiro, Hitman and other new exclusives