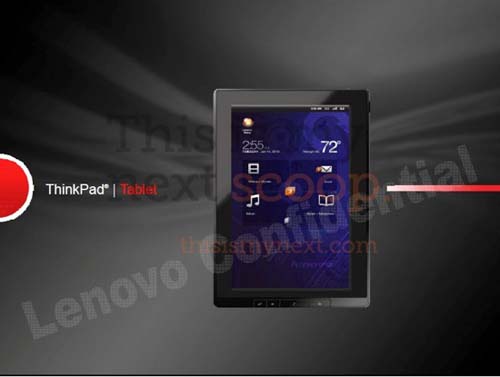 You know the Lenovo LePad tablet that was announced at the start of the year? Slides have been leaked about a new ThinkPad branded tablet, and it seems that this tablet will come with Honeycomb, an IPS screen and digitizing capabilities. There's also the ability to dock into a keyboard to turn the tablet into a netbook, while it isn't new, it's still a pretty cool concept.

thisismynext.com - Ready for one awesome Easter present? Well, it appears that Lenovo’s having a rough time keeping a lid on its new products this weekend, and we just got a hold of a juicy PowerPoint that reveals a new ThinkPad tablet for “on-the-go professionals.”

Join HWZ's Telegram channel here and catch all the latest tech news!
Our articles may contain affiliate links. If you buy through these links, we may earn a small commission.
Previous Story
Smartphones Reveal God's-eye View of Human Behavior
Next Story
MSI Extends Partnership With LucidLogix