Lenovo's ThinkBook Plus has a 10.8-inch E Ink display on its lid (Updated)

Lenovo's ThinkBook Plus has a 10.8-inch E Ink display on its lid

Note: This article was first published on 8th January 2020, and is now updated with local price and availability. 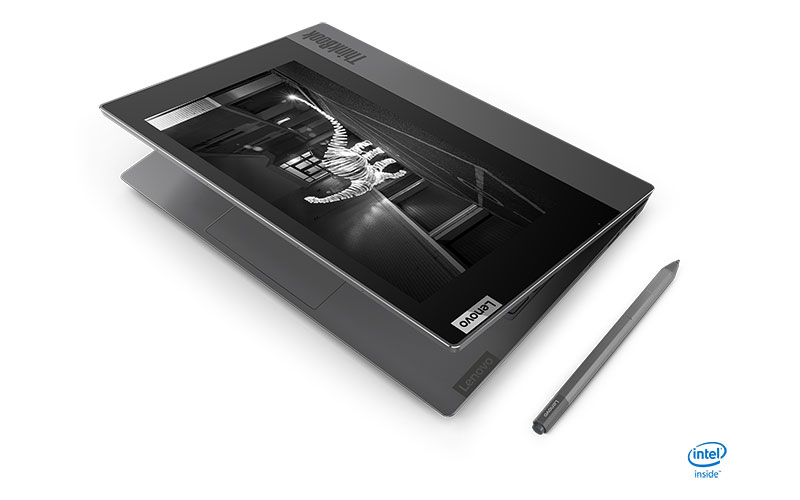 Lenovo is once again flirting with E Ink displays. The company has announced the ThinkBook Plus, a 13.3-inch notebook that is for most intents and purposes just like any other regular laptop, save for the large E Ink display stuck on its lid.

The 10.8-inch E Ink display is supposed to help you be more productive when multi-tasking, such as by allowing you to take notes in OneNote using the integrated Lenovo Precision Pen even when you don't want to open up the laptop. E Ink generally has a slow refresh rate, but Lenovo says small portions of the display, such as the areas you're working on, are capable of refreshing more quickly than the entire image.

It also lets you access potentially useful information when the lid is closed, such as calendar events, weather information, and email notifications. This stuff is normally on your phone, so Lenovo thinks it's saving you a step and helping you focus better. That said, you're mostly limited to viewing this information, and you won't be able to edit your schedule or reply emails from the E Ink screen. 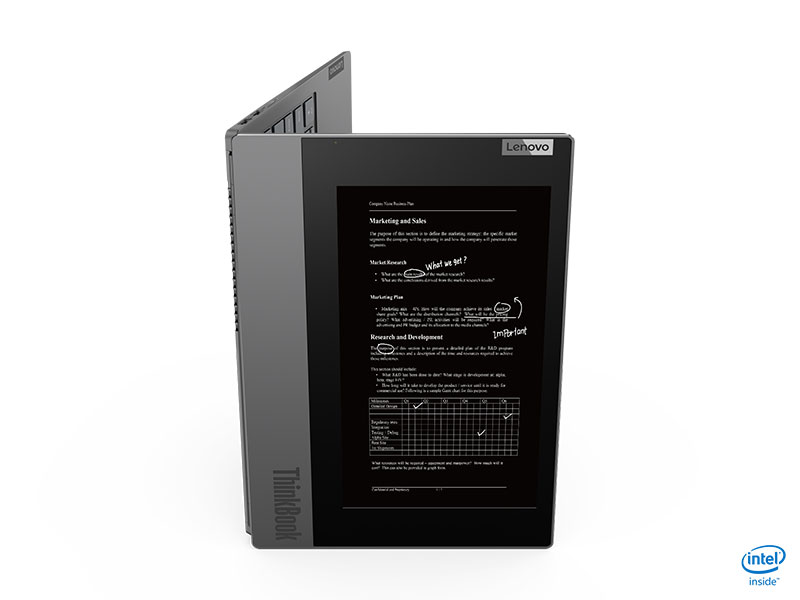 Of course, this data will be hidden when you open the laptop, so the person sitting across from you can't see it. You can also have a so-called private zone that you must tap to show your notifications. Alternatively, the E Ink screen can be set to simply display a screensaver.

The display also has built-in integration with the Windows Kindle app, which is probably the most obvious application for any E Ink screen. However, given that the laptop weighs just under 1.4kg, it's going to be quite heavy to hold in one hand for any extended period of reading. This is no Kindle, and I can't imagine reading this way for long periods

The ThinkBook Plus has a pretty small 45Wh battery, which Lenovo says should be good for about 10 hours on a single charge. E Ink displays generally don't consume a lot of power – in fact they only need juice when refreshing – so I don't expect that it'll affect battery life by much. 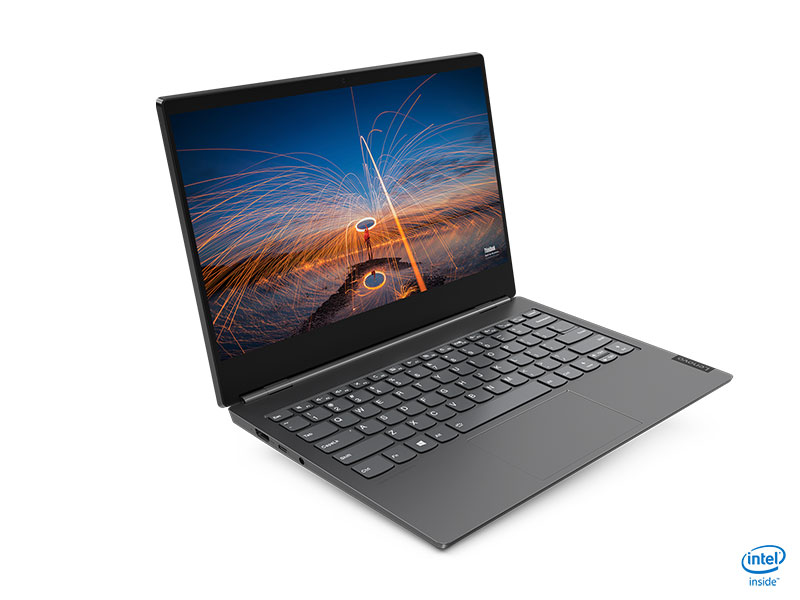 It also supports Wi-Fi 6 and Bluetooth 5, and ships with Windows 10 Pro. Amazon's Alexa app is built-in, and Lenovo hopes you'll take advantage of the integrated far-field microphones to talk to your laptop like a smart device.

The ThinkBook Plus will be available from March starting at US$1,199.

As of today, the Lenovo ThinkBook Plus is now available for purchase in Singapore with a starting price of S$2,199. This base model ships with an Intel 10th-gen 'Comet Lake' Core i5-10210U processor, has 8GB of RAM and a 512GB M.2 NVMe SSD. Higher-end options with a Core i7 processor and more memory is possible, but it's not configurable on Lenovo's local e-store at this point of time. We reckon other options will be available soon.

If you're interested to check it out or order one, head over to Lenovo's online store.

Join HWZ's Telegram channel here and catch all the latest tech news!
Our articles may contain affiliate links. If you buy through these links, we may earn a small commission.
Previous Story
Japanese anime film A Whisker Away will debut globally on Netflix come June 18
Next Story
Lenovo's ThinkSmart View is a standalone display designed for Microsoft Teams