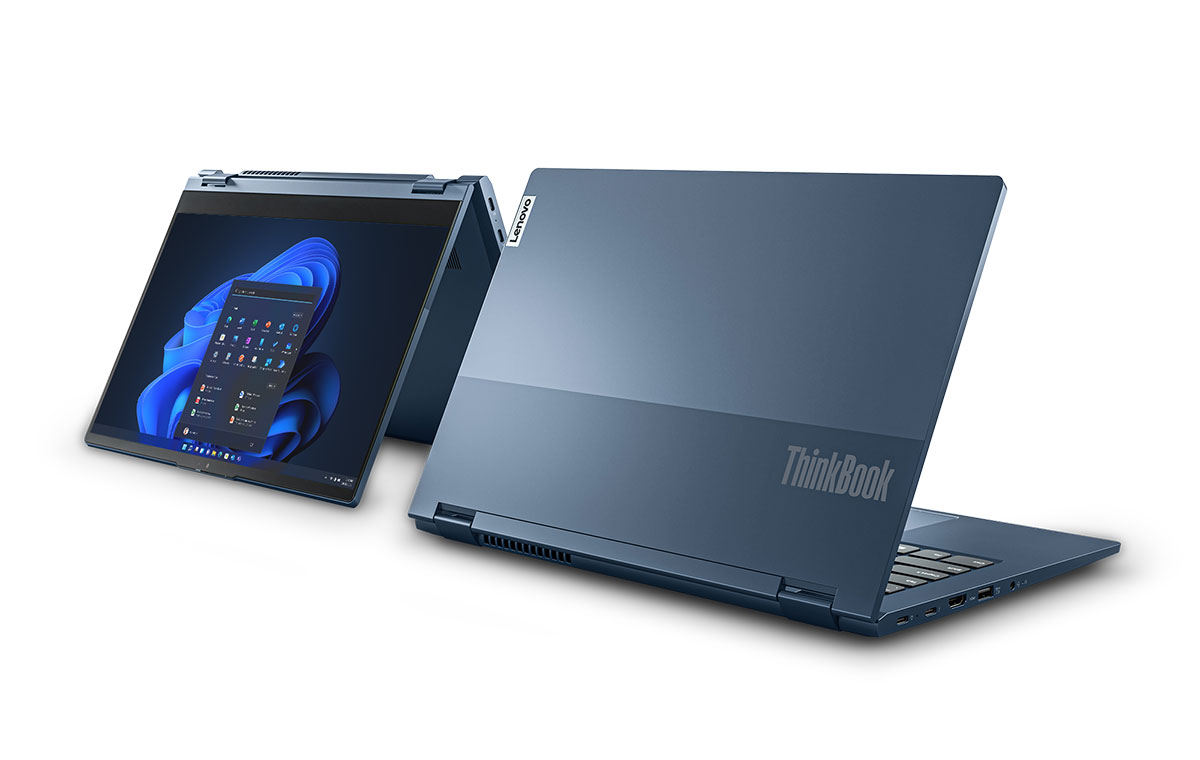 Just two months after updating some of its productivity-focused ThinkBook lineup in January, Lenovo is introducing two more notebooks into the family for MWC 2022.

Specifically, they're the ThinkBook 14s Yoga Gen 2 and ThinkBook 13s Gen 4 i. The new notebooks bring 12th Gen Intel Core processors (up to a Core i7 for both notebooks) and keep the two-toned finish that's become part of the ThinkBook design. But beyond that, they contain different feature sets for the consumer: 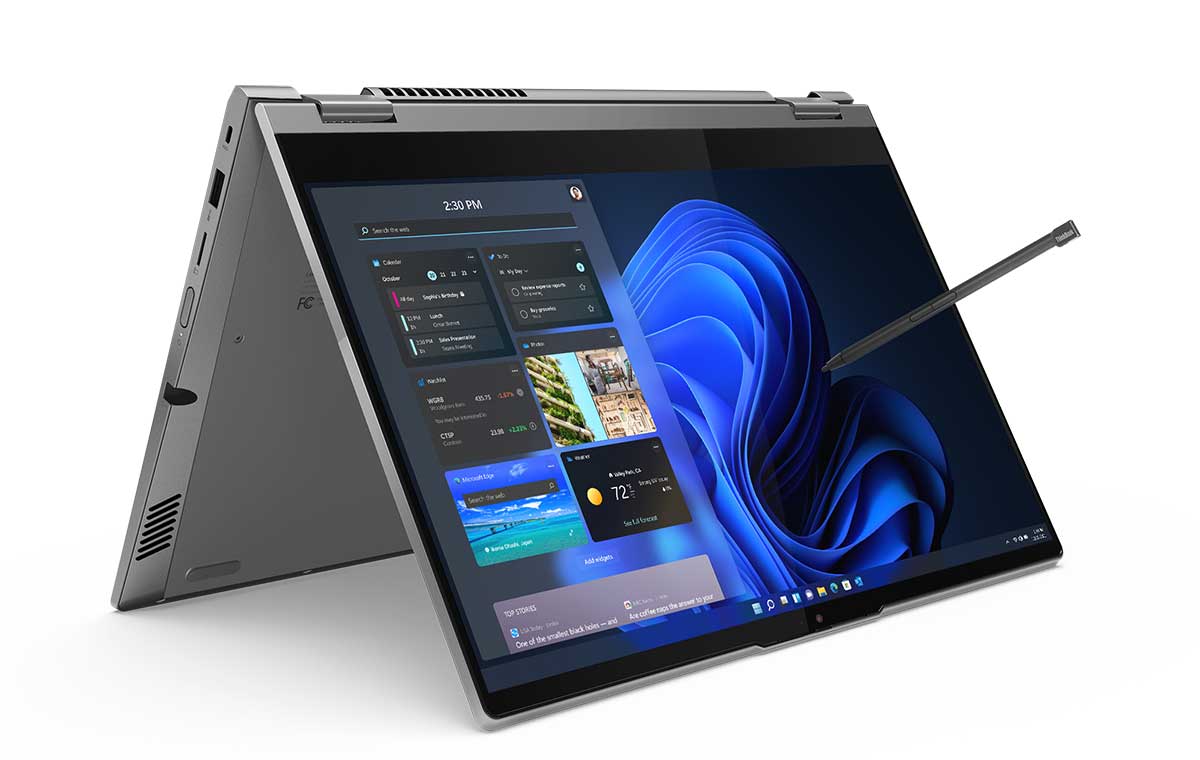 A sequel to the original ThinkBook 14s Yoga, the Gen 2 keeps the 2-in-1 form factor along with touch sensitivity to bridge traditional laptop use and tablet use together. Lenovo has kept many of the previous 14s Yoga's features, including the 14-inch 1920 x 1080 pixels Dolby Vision display on the front, touch support for that display through fingers or a Smart Pen, along with Thunderbolt 4.

One of the more notable improvements, though, includes new dual SSD storage, capable of taking up to two 1TB PCIe Gen 4 SSDs, along with DDR4 memory that can go up to 40GB (though there's no word on whether it's soldered on or replaceable). Graphics are restricted to integrated Iris Xe graphics, and Wi-Fi 6E is onboard.

As it's a notebook targeted towards SMBs, it also has a few neat software features, including Super Resolution, which can upscale 720p video to 1080p in video calls through Lenovo Vantage, AI Meeting Manager, which can translate audio from 14 different languages into on-screen text, and Glance by Mirametrix, which senses users facial features and offers privacy alerts when, for example, someone is looking at your screen from behind you. If that last point concerns you, though, the FHD webcam does have a privacy shutter. 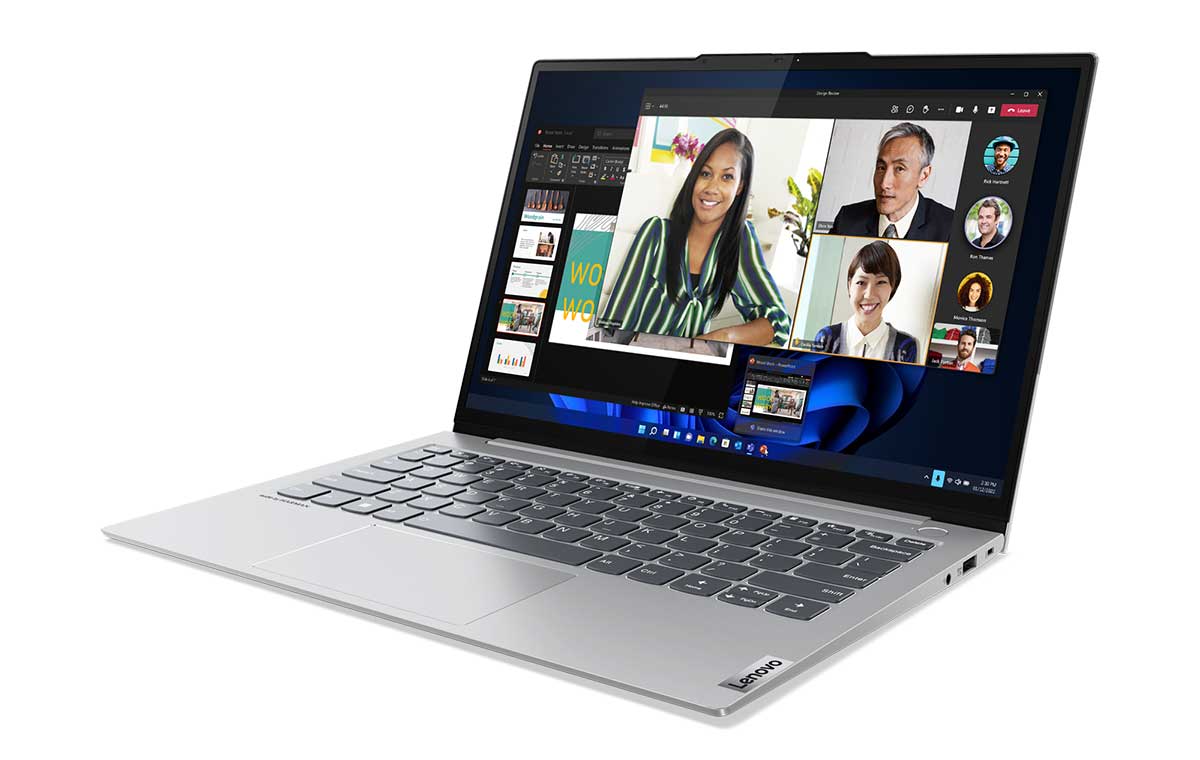 Now, here's something a bit more conventional. Lenovo touts the ThinkBook 13s Gen 4 i as its slimmest ThinkBook yet, measuring at 14.9mm, and has an accompanying weight of 1.25kg. Coupled with the 13.3-inch display, it definitely makes it an easily portable machine.

Aside from that, the ThinkBook 13s Gen 4 i also has a few quality-of-life features, including two Thunderbolt 4 ports, Wi-Fi 6E, and a 56WHr battery that's rated up to 11 hours of usage, though that may be doubtful given the small battery size. Unlike the ThinkBook 14s Yoga, though, there's no fancy dual SSD storage, with the highest-tier storage option 'only' being a 1TB PCIe SSD. Maximum memory support is also limited to 32GB, this time in LPDDR5 form.

In summary, here are some of the key specs for both the ThinkBook 14s Yoga Gen 2 and ThinkBook 13s Gen 4 i:

As is standard on most higher-end business-oriented notebooks, the two ThinkBooks also come with Match-on-Chip fingerprint sensors on the power button.

As these are fresh announcements, there's currently no news on when it'll arrive in the Singapore market, and for how much. Though, considering that they carry the esteemed 'Think' moniker, and based on the prices of other ThinkBook laptops, it's likely that it'll be steep.

Join HWZ's Telegram channel here and catch all the latest tech news!
Our articles may contain affiliate links. If you buy through these links, we may earn a small commission.
Previous Story
Sennheiser ramps up enterprise audio efforts
Next Story
BenQ launches new MOBIUZ gaming monitors in Singapore with up to 4K displays