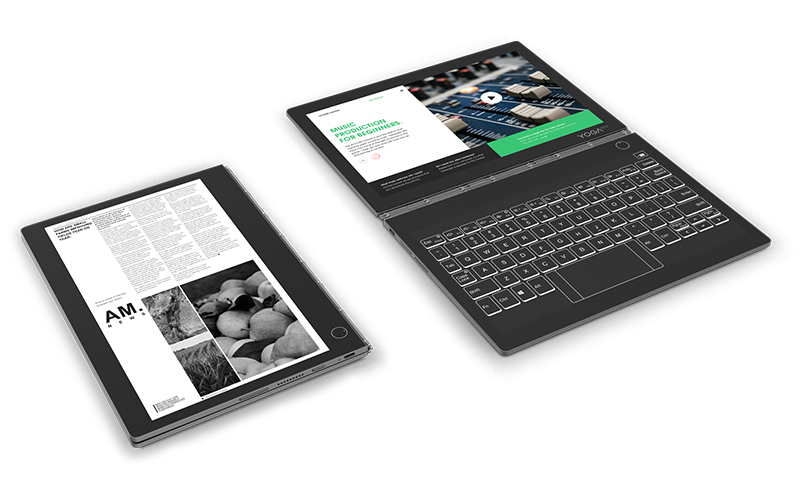 Apple thinks we need a Touch Bar above our laptop keyboards. ASUS thinks the trackpad should also double as a second screen. In the case of Lenovo, it’s going one step further and turning the entire keyboard into a second display.

The Yoga Book C930 is a dual-screen laptop, but unlike ASUS’ Project Precog, you’ll be able to buy this later this year. However, the second display isn’t an LCD screen like the primary screen, and it’s instead an E Ink panel that can work as both a keyboard and notepad.

That’s not unlike what you could do with the original Yoga Book, and the C930 also sports a 360-degree watchband hinge that can be flipped around to turn the device into a tablet. However, the keyboard-cum-notepad on the first Yoga Book didn’t actually display anything and only translated input to the main display. It even required you to put a pad of paper on it to write.

The Yoga Book C930 changes that with its 10.8-inch E Ink display. You can copy and paste notes and drawings directly into any Windows app, and there’s even optical character recognition that can translate handwritten notes into text. The C930 ships with a Bluetooth Precision Pen with 4,096 levels of pressure sensitivity. 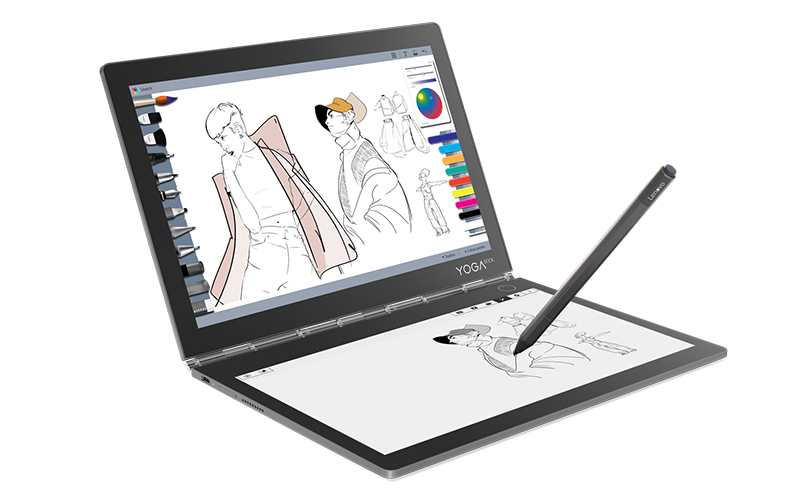 If you’re worried about typing on the E Ink keyboard, Lenovo says it’s improved the feedback in terms of vibration and sound. It also uses AI to learn how you type and help you type more accurately.

Here’s a look at its specifications:

The low-powered 7th-generation processors aren’t the fastest, but they’re still an upgrade from the Atom chip in 2016’s Yoga Book.

The device also comes with a wider selection of ports than before, including two USB 3.1 (Gen 1) Type-C ports. There’s a microSD card tray as well that will let you expand your storage with up to a 512GB card.

But while the device seems more versatile than its predecessor, there are still some limitations. For instance, the E Ink display makes me want to use the device as an e-reader, but it can only display your PDF reader and not any other Windows app.

Finally, the Yoga Book C930 gives you a nifty way to open the lid. The laptop’s accelerometer can detect when you knock twice on the lid, which will cause the lid to pop open slightly.

The device starts at S$1,999 and is available in retail stores now.

Join HWZ's Telegram channel here and catch all the latest tech news!
Our articles may contain affiliate links. If you buy through these links, we may earn a small commission.
Previous Story
RHA's CL2 Planar, a Bluetooth-enabled in-ear planar magnetic headphones, is now in Singapore
Next Story
Lenovo put a soundbar speaker in its new flagship Yoga C930 convertible (Updated)