These are iterative upgrades that feature a bunch of small design tweaks and hardware upgrades. Both laptops are equipped with Intel’s new 8th-generation Core processors, although the Yoga 730 goes a step further with built-in far-field microphones and Amazon’s Alexa.

This means that there are technically two smart assistants on board, seeing as this is also a Windows machine with Cortana. However, Alexa doesn't come pre-loaded with the system, and is only accessible through the Lenovo Vantage app.

That aside, the core specifications are pretty similar across both machines, with options for up to 16GB of RAM and a 512GB SSD.

Lenovo is offering 13- and 15-inch versions of the Yoga 730, both of which have 4K and 1080p IPS touchscreen options. The larger 15-inch model can also be configured with a discrete NVIDIA GeForce GTX 1050 graphics card, so it can serve double duty as a modest gaming machine. 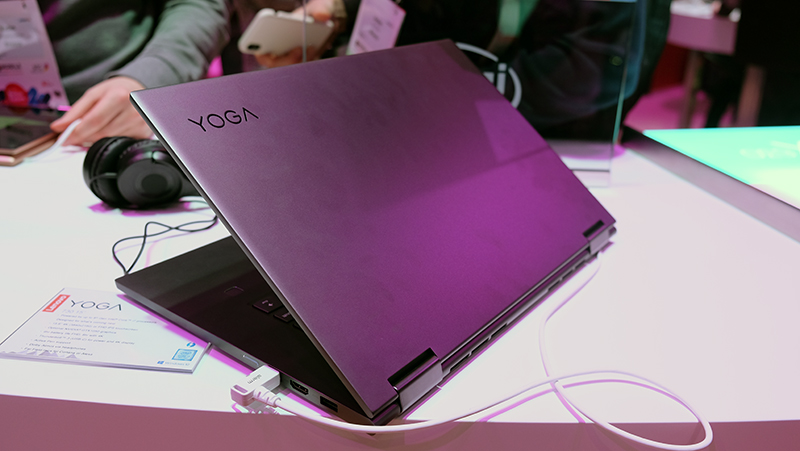 2-in-1 laptops with gaming capabilities still aren’t that common, so that’s something that may help the Yoga 730 stand out.

The laptop has been crafted from aluminium, but it isn’t as light or sleek as Lenovo’s premium Yoga 900 series range. The 15-inch Yoga 730 tips the scales at 1.89kg, although the 13-inch model is far lighter at 1.12kg.

That said, it also comes with a nice complement of features, including support for Lenovo’s Active Pen, Dolby Atmos with headphones, and a Thunderbolt 3 port.

The 14-inch Yoga 530 is a little chunkier, weighing in at 1.6kg and measuring 17.6mm thick. Still, this is 11 per cent thinner than its predecessor, according to Lenovo. It features a 1,920 x 1,080-pixel IPS touchscreen display and can be equipped with an optional NVIDIA GeForce MX130 graphics card.

The Yoga 730 models will be available at select retailers in April, while the Yoga 530 will roll out in June. I’ll update once there’s news on local price and availability.

Join HWZ's Telegram channel here and catch all the latest tech news!
Our articles may contain affiliate links. If you buy through these links, we may earn a small commission.
Previous Story
Western Digital achieves vertical integration with faster SSDs that feature in-house controllers
Next Story
6 iPhone models rank among the best smartphone cameras by Consumer Reports