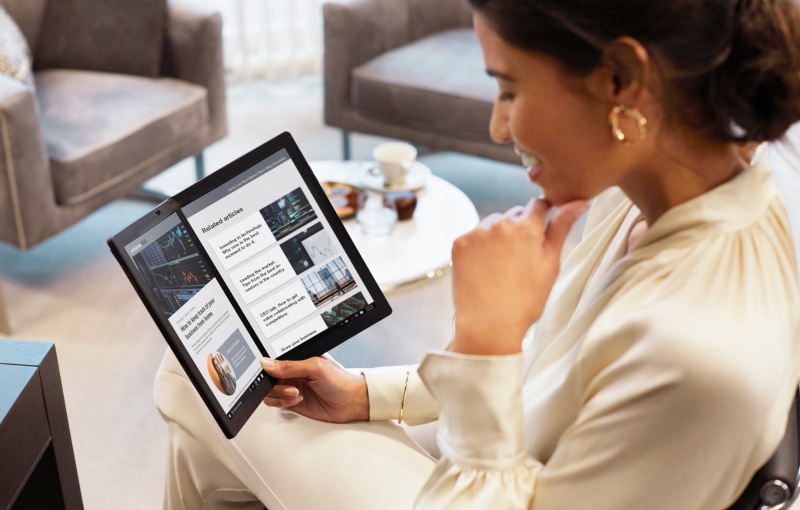 *Updated: 30 September 11am with the price of the ThinkPad X1 Fold*

Even our tech-focused world has been affected by Covid-19. Numerous events and product launches have had to go online but by and large, we’ve become jaded to most product launches.

The Samsung Galaxy Z Fold 2 made us want to change our phones. LG’s Wing, amused us. Microsoft’s Duo played with our heartstrings. But those were smartphones. While we’ve been lucky enough to see some concept designs, by and large, laptop design hasn’t changed much over the years. Or so we’d come to think.

But now Lenovo is BRINGING us the ThinkPad X1 Fold, and all I can say is, “Wow! I want one!”

Letting the ThinkPad X1 Fold tug at my heartstrings 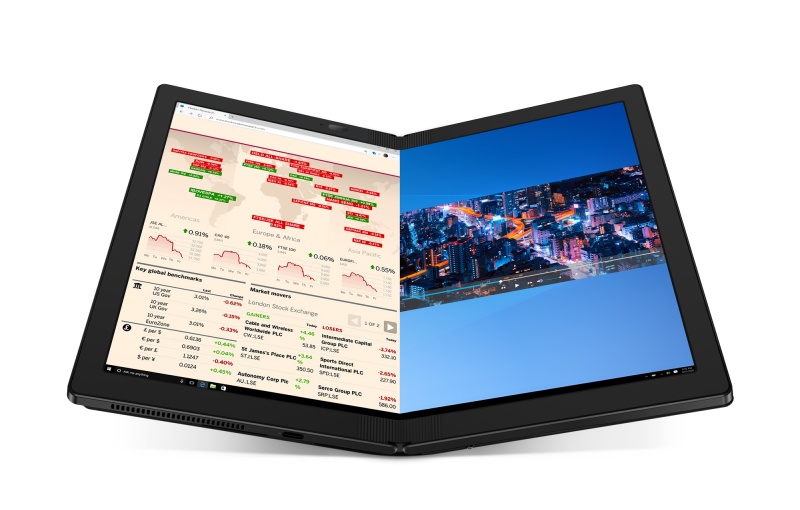 While PC makers have explored new designs such as tablets and two-in-ones that can be used both as a tablet and a laptop with a keyboard, these form factors have been in the market for quite a while but have failed to show significant growth. The rise of online streaming platforms and gaming platforms has seen consumers increasingly choosing PCs for watching movies and other entertainment.

I’ll admit to fold envy when I looked at the Samsung Galaxy Fold 1 and 2, Huawei’s Mate Xs and Microsoft’s Duo. I use an iPhone for most of my daily device use and an iPad Mini for any entertainment needs. Being able to use one device to take a place of a smartphone and tablet just seemed like the smart choice.

But that was only for devices that opened up to 6-inches at most.

CES 2020 which was one of the last tech shows we could attend saw foldable PCs from tech vendors like Dell and Intel making an appearance. We also first saw the ThinkPad X1 Fold at CES 2020. Prior to that, the X1 Fold had been oft teased but never actually delivered upon.

Lenovo is finally unveiling the ThinkPad X1 Fold with a general rollout now. 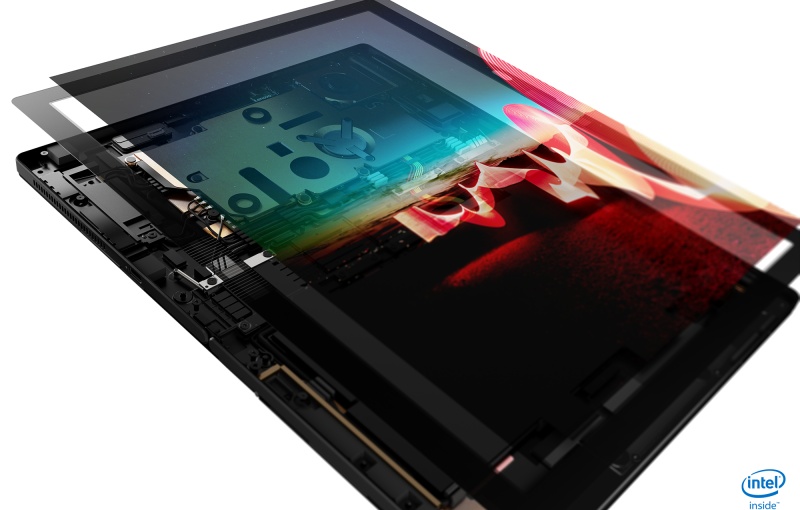 The 13.3-inch, 4:3 pOLED panel boasts a 2,048 x 1,536-pixel resolution. At the time, Lenovo made sure to emphasise the extensive durability tests the display went through, with the hinge being tested up to 30,000 folds for example, and also receiving a carbon fibre plate reinforcement.

Lenovo says it comes powered the latest Intel Core processors with Hybrid Technology that were announced in June this year. It should be good for up to 11 hours of use on its 50Wh battery. The X1 Nano also comes with 8GB of LPDDR4X memory and up to a 1TB PCIe M.2 SSD. 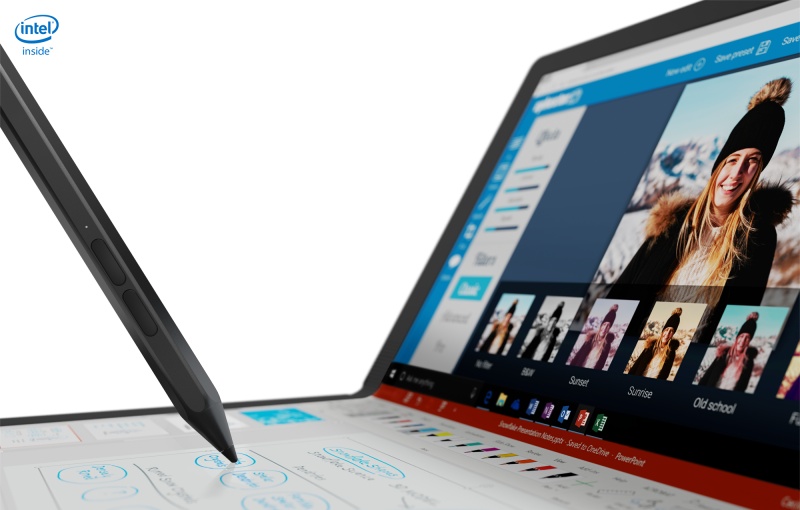 In an interview, Gokul V Subramaniam, Vice President, Client Computing Group, GM, Client Platform & Systems at Intel was asked what “Intel Hybrid Technology” actually meant. He replied that Hybrid Technology was being able to have the lower power and the high performance needed; without feeling like you are trading off on performance to be low power.

Intel processors with Hybrid Technology are designed for aggressively constrained form factors and are targeted at low-power designs. They are for smaller display sizes; thinner and newer form factors. The other CPUs in the 10th Gen offer higher performance for larger displays in larger systems.

Compared to the X1 Nano that is also launching, the Fold definitely shows its size. In a time where traditional laptops are becoming thinner, the X1 Fold can appear positively thick and clunky. Although it weighs 999g with the folio cover, it measures 158.2 x 236.0 x 27.8 mm thick when folded which is twice as thick as the also new Nano. Unfolded, it doesn’t seem so bad at 299.4 x 236.0 x 11.5 mm.

The ThinkPad X1 Fold with Windows 10 is available to order now with prices starting from SG$3,759.00.

Slimming things down into the ThinkPad X1 Nano 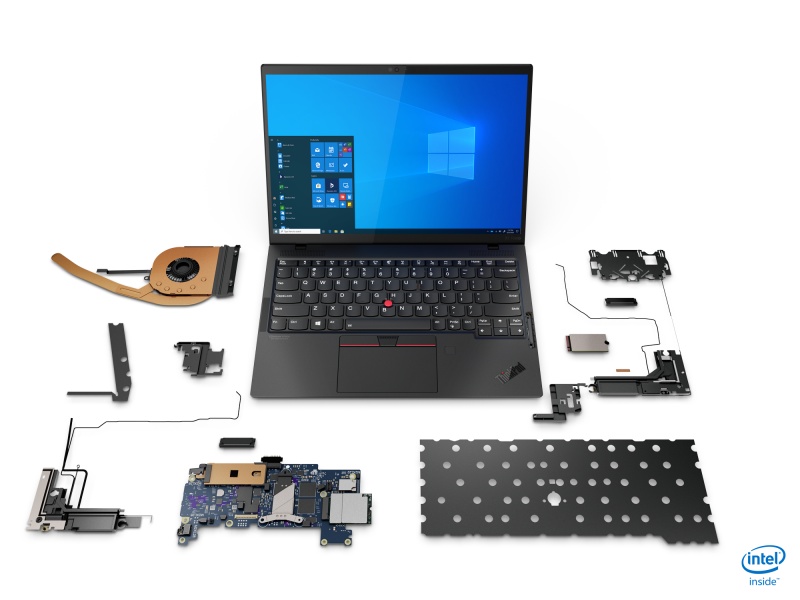 Lenovo's Nano previously came in a different formfactor as a part of their ThinkCentre range.

Now, the ThinkPad X1 Nano is Lenovo's lightest ever ThinkPad.

Designed for business, Lenovo says that the ultralight laptop packs supreme performance, displays, sound, and security. It has a 13-inch Dolby Vision 2K display with a resolution of 2,160 x 1,350 and has a touch capable screen or non-touch screen capable versions. Powered by an 11th gen Intel Core i7 processors and Intel’s Iris Xe graphics, there is also an option for a 5G SIM for future-ready connectivity.

Lenovo claims that the X1 Nano delivers up to 2.7x faster content creation, more than 20% faster office productivity, and more than 2x faster gaming plus streaming in real-world workflows. 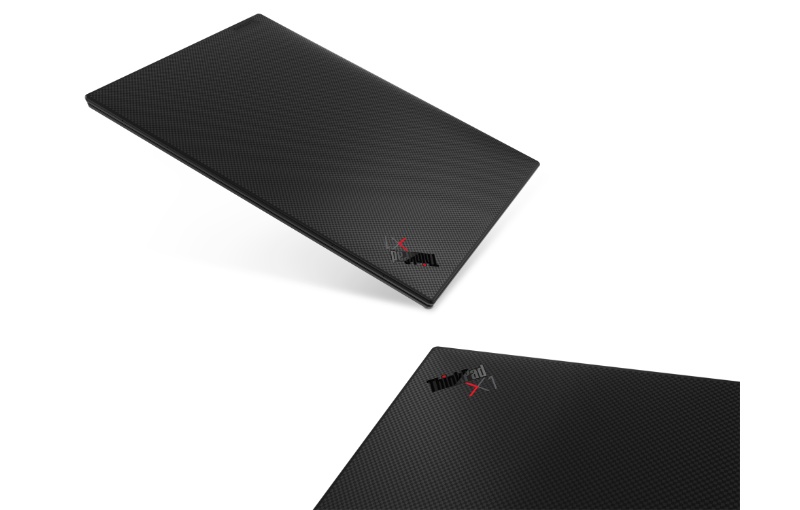 The X1 Nano is the first ThinkPad to feature an updated suite of AI and biometric ThinkShield security features. These include a new voice recognition and human presence detection that enable zero touch login and device lock when the user walks away. Also included is the familiar Match on Chip Fingerprint Reader.

The X1 Nano comes in the traditional ThinkPad formfactor with my favourite red-buttoned TrackPoint. The 292.8 x 207.7 x 13.87 mm thick body weighs 962g. It also has Dolby Atmos speakers and can come preloaded with Windows 10 Pro or Ubuntu Linux OS.

The ThinkPad X1 Nano is expected to be available in 4th quarter 2020. Prices are expected to start from US$1,399.

Join HWZ's Telegram channel here and catch all the latest tech news!
Our articles may contain affiliate links. If you buy through these links, we may earn a small commission.
Previous Story
iPhone 12 production said to be in full swing
Next Story
Lenovo unveils new ThinkBooks powered by Intel's latest Tiger Lake processors