Getting ready for the holidays

Lenovo wants to "chope" your Christmas wishlist by announcing its notebook line-up for this year-end holiday season. There's only going to be a new super slim Legion gaming notebook as well as two new Yoga notebooks. Let's get into them now. 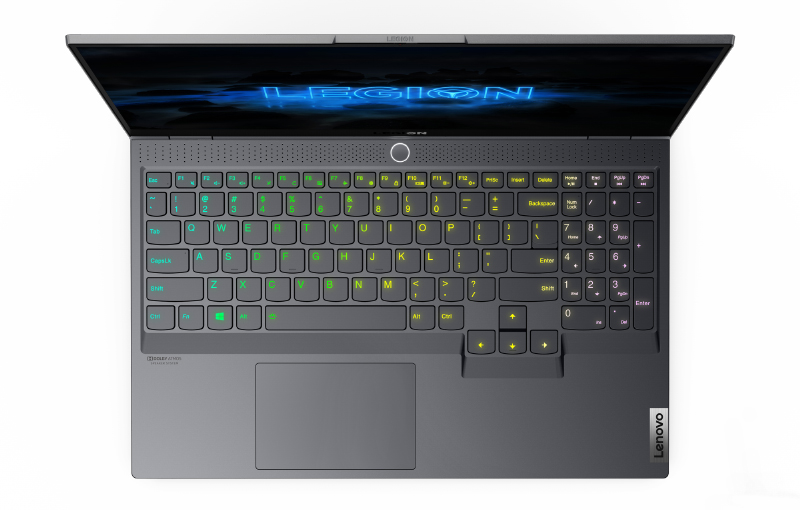 Lenovo says its new Legion Slim 7i is the world's lightest 15-inch gaming notebook with a GeForce RTX graphics chip.

In its maximum configuration, the Legion Slim 7i will pack an 8-core 10th-generation Core i9 processor and GeForce RTX 2060 Max-Q GPU. It can also be equipped with up to 32GB of memory and a 2TB PCIe SSD. 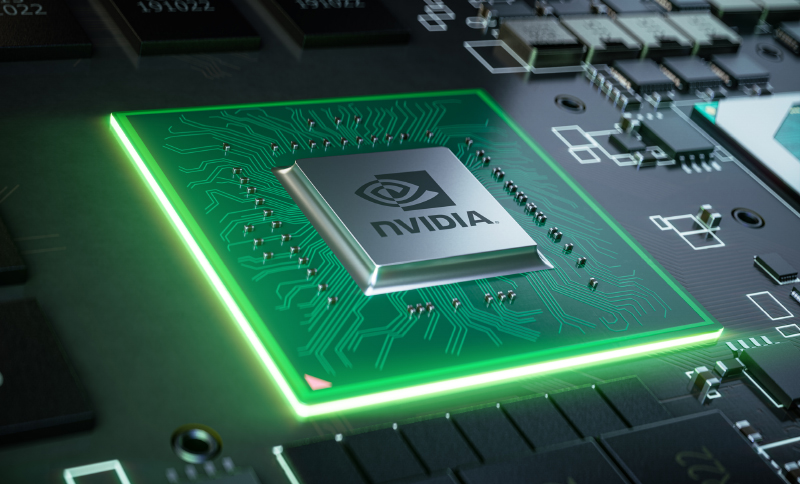 Amazingly, all of this will fit into a chassis that's just 17.9mm thick. In total, the Legion Slim 7i will weigh just 1.86kg. Despite being so thin, it still has a 71Wh battery.

To ensure there's no compromises in performance, Lenovo has spent a great deal on perfecting the cooling system.

The Legion Slim 7 features Legion Coldfront 2.0 technology which consists of more efficient fans as well as larger redesigned heatsinks. The end result is that air flow is increased by up to 115%, allowing the notebook to run at maximum performance for hours on end. 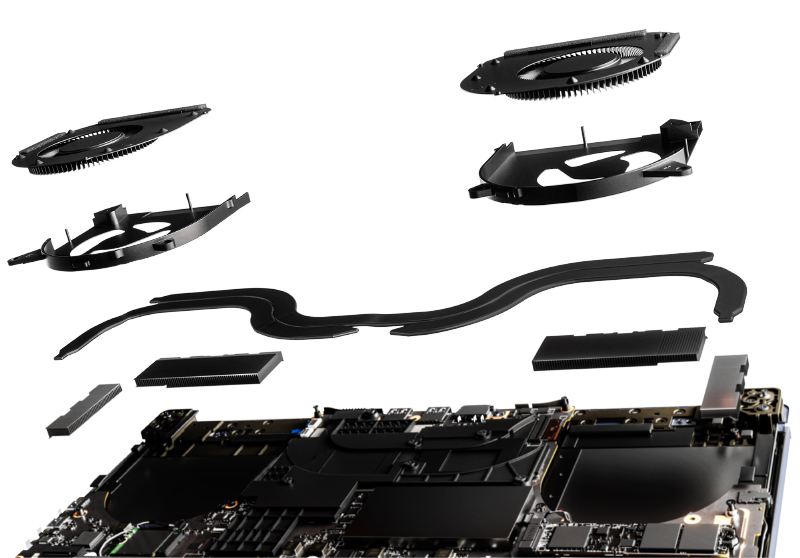 The 15.6-inch display will have multiple options. There's two Full-HD options, one with a 60Hz refresh rate and 100% Adobe sRGB colour support, and another with a 144Hz refresh rate that's suitable for competitive gaming. Finally, there's a 4K option and features 600 nits of brightness.

The Legion Slim 7i also comes with a TrueStrike keyboard that has a number pad, per-key RGB illumination, and supports 100% anti-ghosting. The power button doubles up as a fingerprint scanner.

The Legion Slim 7i will be coming in early November and prices will start at S$1,999.

Yoga 9i and Yoga Slim 9i 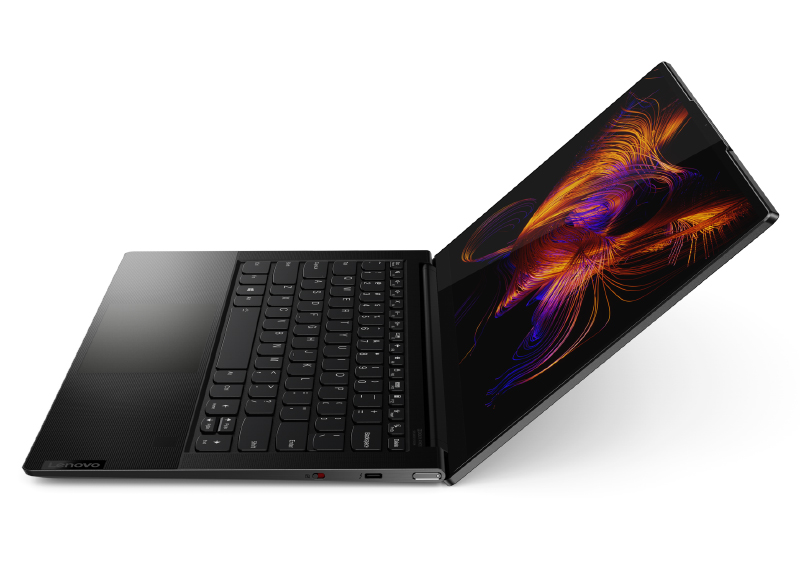 These are Lenovo's newest premium ultraportable notebooks. The Yoga 9i is a convertible notebook whereas the Yoga Slim 9i has a traditional clamshell design. Both will feature 14-inch displays.

As you'd expect from notebooks of this class, the body is aluminium. However, to help the new notebooks stand out from the crowded marketplace, they feature bonded leather covers.

This is not the first time notebooks makers have done this and it will be interesting to see Lenovo's implementation. The leather cover will come as standard with the Yoga Slim 9i but it will be optional on the Yoga 9i. 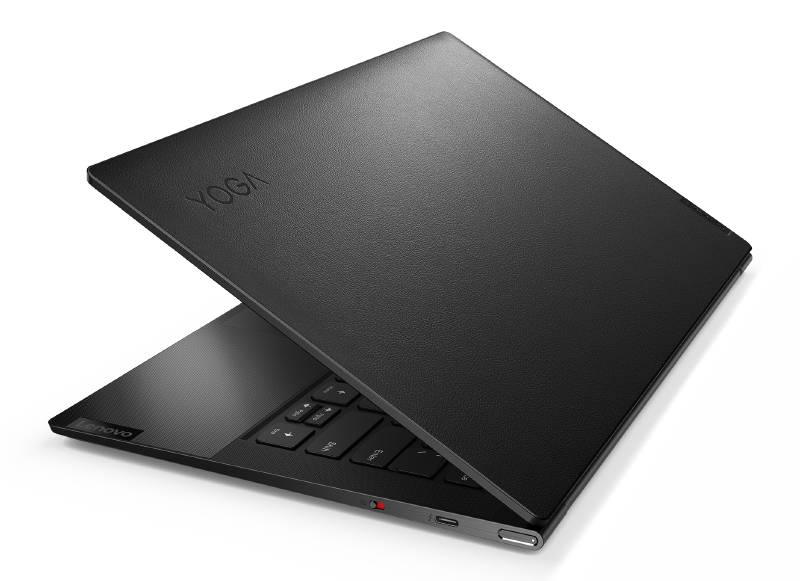 Lenovo claims the leather backing is done using a 20-step bonding process and it has been rigorously tested for durability. It also says the leather has been sourced from the same leather developer that supplies "many of today's popular brands."

The Yoga Slim 9i is just 13.9mm thick and weighs only 1.26kg. The Yoga 9i, on the other hand, despite having a more complex hinge mechanism, will only be a smidge thicker and weighs 1.37kg. Both will come with Full-HD and 4K display options. 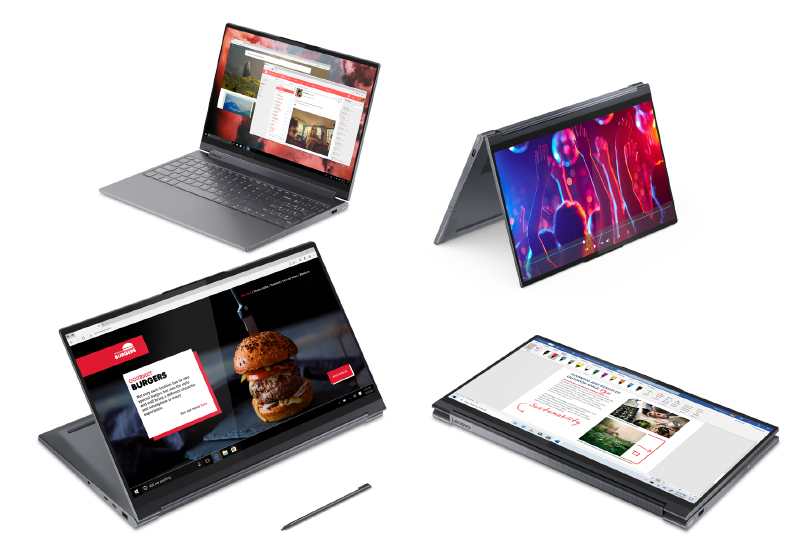 Inside, Lenovo will only say that they come with Intel's next-generation processors. If we had to guess, we'd say its Intel's upcoming Tiger Lake chips, which will see the debut of Intel's XE LP integrated graphics.

For readers who demand more, there will be a 15-inch version of the Yoga 9i that will come with up to 10th generation Core i9 processors and discrete graphics in the form of the NVIDIA GeForce GTX 1650 Ti.

One unique thing common to the two notebooks is the new edge-to-edge glass palm rest. Nestled with it is also a new Smart Sensor Touchpad that doesn't actually click but uses haptic feedback to replicate the sensations of a real click.

The Yoga Slim 9i and Yoga 9i are both coming in early November and prices will start from S$2,999.