Note: This article was first published on 23 September 2022. 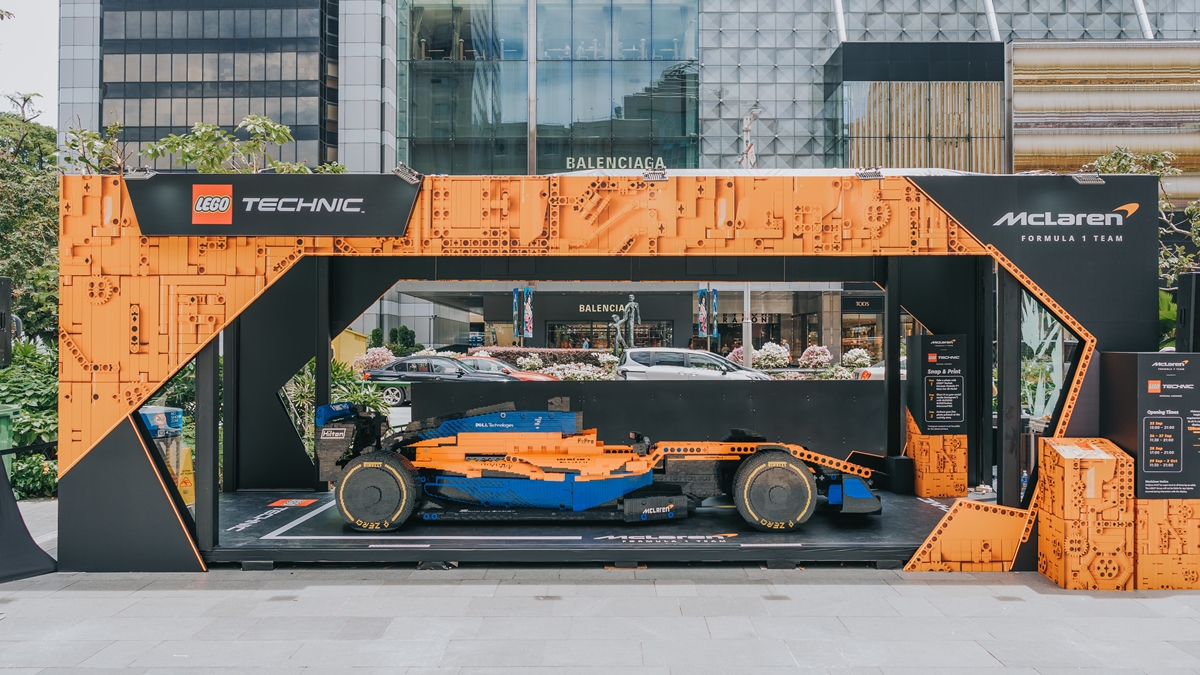 With the Formula 1 season revving up its engines for the big night, it's nice to see LEGO hopping in to keep the buzz going with its own F1-related displays. Or, to be more specific, a life-sized version of the LEGO Technic McLaren Formula 1 Race Car. One that you can actually sit in and take pictures with, no less.

Comprised of 288,315 individual bricks and pieces, the orange-and-blue pop-up model was designed in collaboration with LEGO, McLaren, and the only LEGO-certified expert in the Southern Hemisphere, Ryan "The Brickman" McNaught. The model took LEGO's team over 1,893 hours to assemble from start to finish and will be on display at Orchard Road (in front of Ngee Ann Civic Plaza) from today, 23 Sep all the way till race night on 2 Oct between 11 am - 9.30 pm daily. Fans are, of course, welcome to hop behind the wheel of this truly insane build, which measures 5.7m long and 2.4m wide - a whopping 14 times bigger than the collectible model! 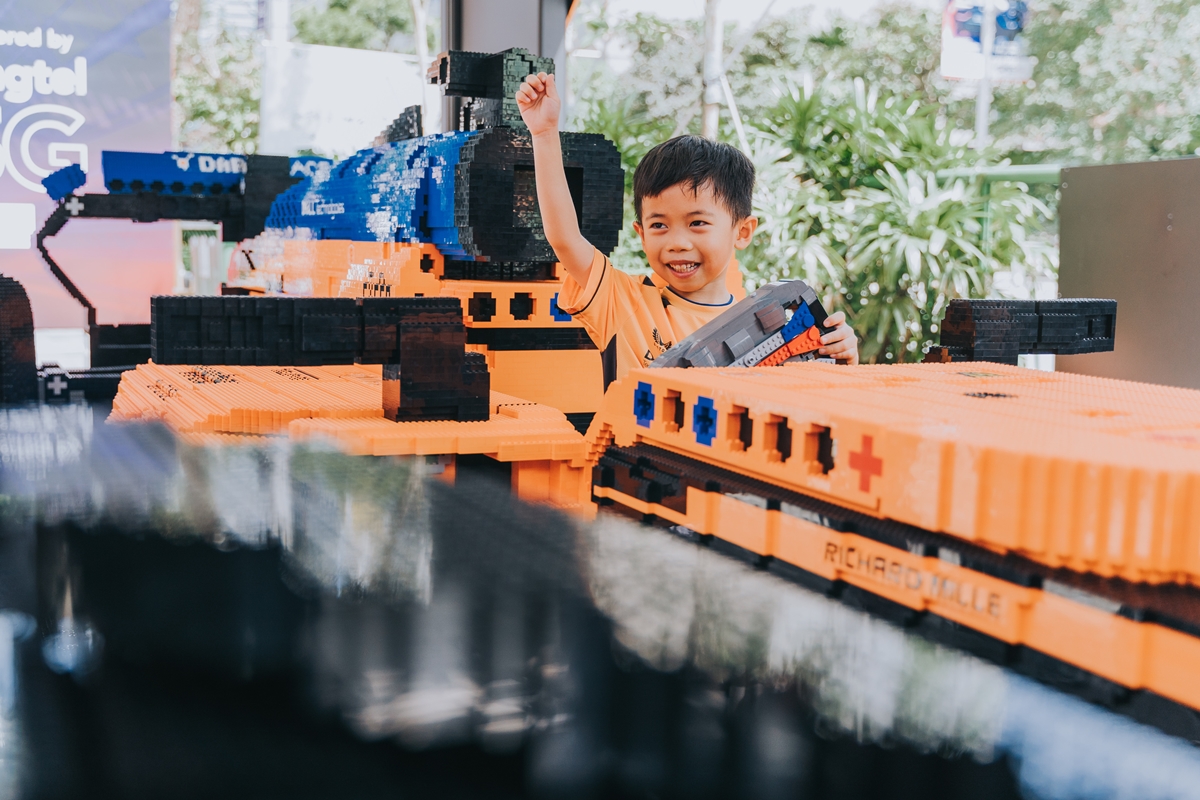 And that's not the only attraction. Apart from the car itself, there are lots of other activities for visitors to try out, including the LEGO McLaren Race Car Build Station, the LEGO Photo Print booth, and the LEGO Match & Build Station. 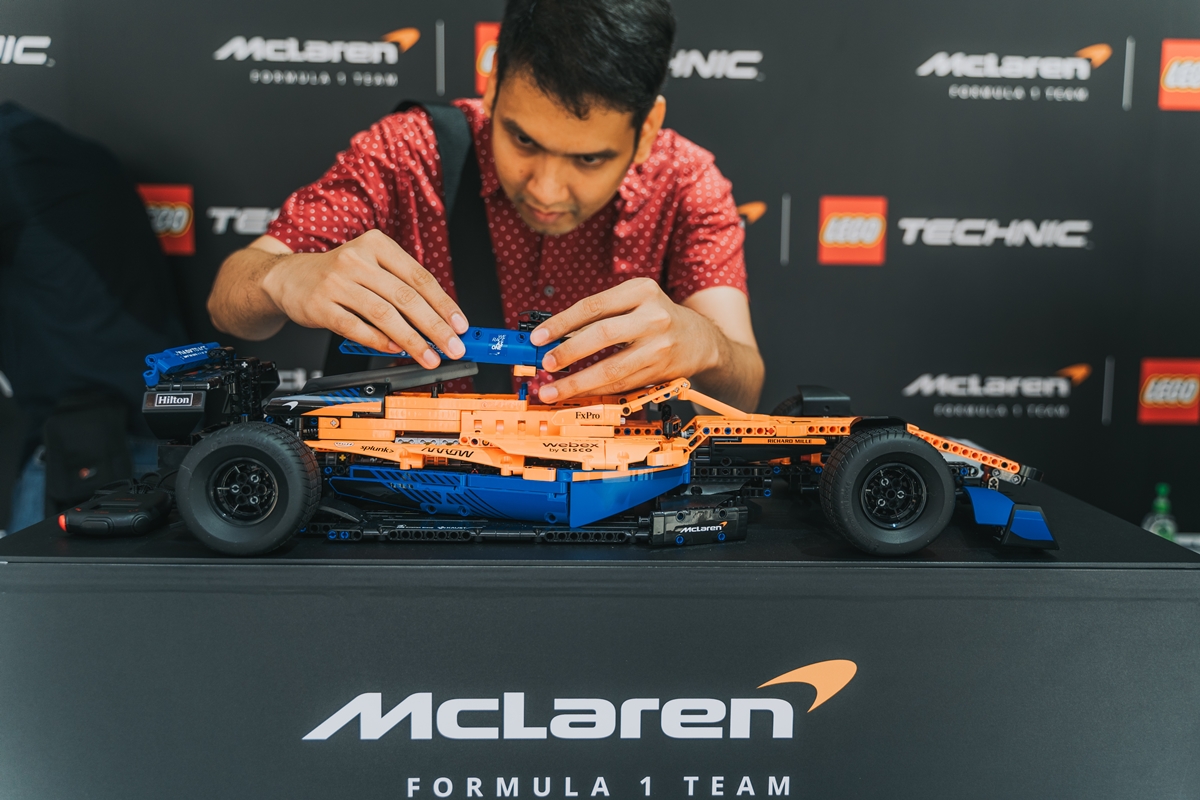 Speaking of which, what use is a race car without a driver? On 28 Sep only, McLaren's very own Lando Norris, who is credited as the youngest British Formula 1 driver in history, will be making a personal "pit stop" at the pop-up booth sometime during the day. He'll be available for photo opportunities with fans during that window, but even if you can't make it to see him in person, there's still a chance for you to win a special autographed version of the LEGO Technic model (with every valid purchase from the associated pop-up store on the day), so make sure to check it out.

Join HWZ's Telegram channel here and catch all the latest tech news!
Our articles may contain affiliate links. If you buy through these links, we may earn a small commission.
Previous Story
Kia's Niro Hybrid rolls into Singapore with a claimed efficiency of 4L/100km
Next Story
Purported specs of Google Pixel Tablet revealed