LEGO Super Mario has been revealed and it is weirdly awesome

LEGO Super Mario has been revealed, and it is weirdly awesome 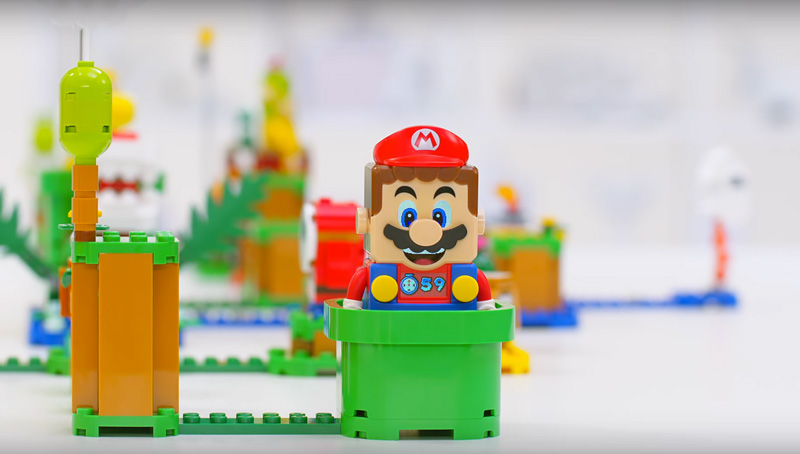 The LEGO Group and Nintendo are teaming up to make LEGO Super Mario, as we previously reported. What we didn’t see coming however, is that this isn’t your average LEGO playset. LEGO Super Mario seems to be a strange combination of gaming and brick-building, delivering the definitive Super Mario toy experience. I’m not joking!

The trailer makes it quite clear that this new toy isn’t just a box of minifigures and colourful LEGO bricks. It’s an extremely interactive playset, with a LEGO Mario not-so-minifigure that lights up, makes noises and collects coins while exploring the environment that you have built. A time trial will keep Mario moving through the level as he jumps on Goombas, bashes mystery boxes to get items and makes his way to the finish line.

Just like the games, right? The toy will also make all sorts of sounds Super Mario fans are more than accustomed to - such as coins appearing, jumping sounds and voice lines like, “Wahoo!” Takashi Tezuka, Nintendo’s executive officer and game producer said:

The new product we created together with the LEGO Group seeks to combine two different styles of play — one where you freely build the world of Mario and the other where you play with Mario in the very world that you have created.

Honestly, it seems like a really cool new way to use LEGO toys. It’s obviously aimed more at children, but adults might have a lot of fun building creative-looking levels with bosses like Bowser Jr. and enemies like the iconic Piranha Plants. Getting to actually play through the levels you make afterwards is just a fun bonus.

LEGO Super Mario will launch later in 2020, though its pricing and exact contents have not been confirmed just yet. The video notes that multiple sets were displayed in the trailer, which is interesting. What Nintendo hasn’t revealed however, is the mystery of its next Direct stream. What’s going on there?

Our articles may contain affiliate links. If you buy through these links, we may earn a small commission.
Previous Story
LG's updated gram notebooks are now available in Singapore
Next Story
Zero Mobile left customers hanging, licence suspended by IMDA