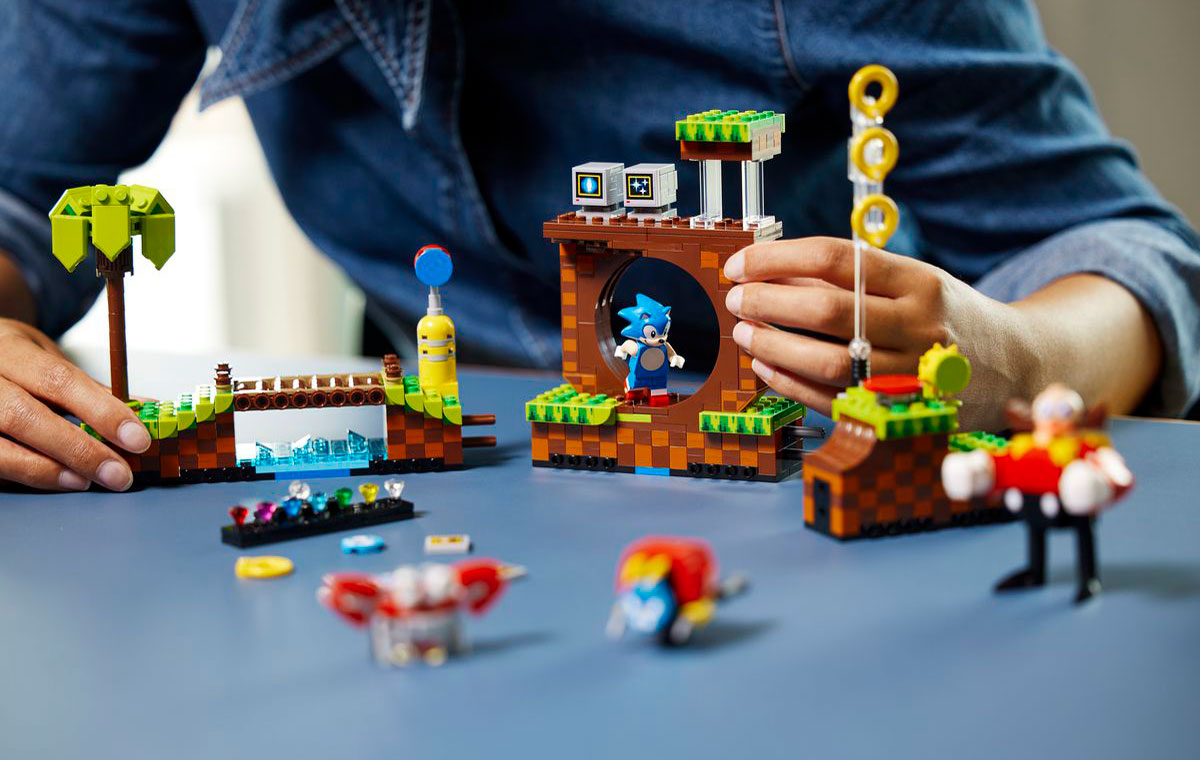 Sonic fans are having a ball this year.

LEGO has finally released details on its new Sonic the Hedgehog set, based on the legendary Green Hill Zone level from the blue speedster’s first 1991 game. The set was originally submitted via LEGO Ideas by a fan named Viv Grannell, and then put into production after the set received 10,000 votes from fans on the platform. 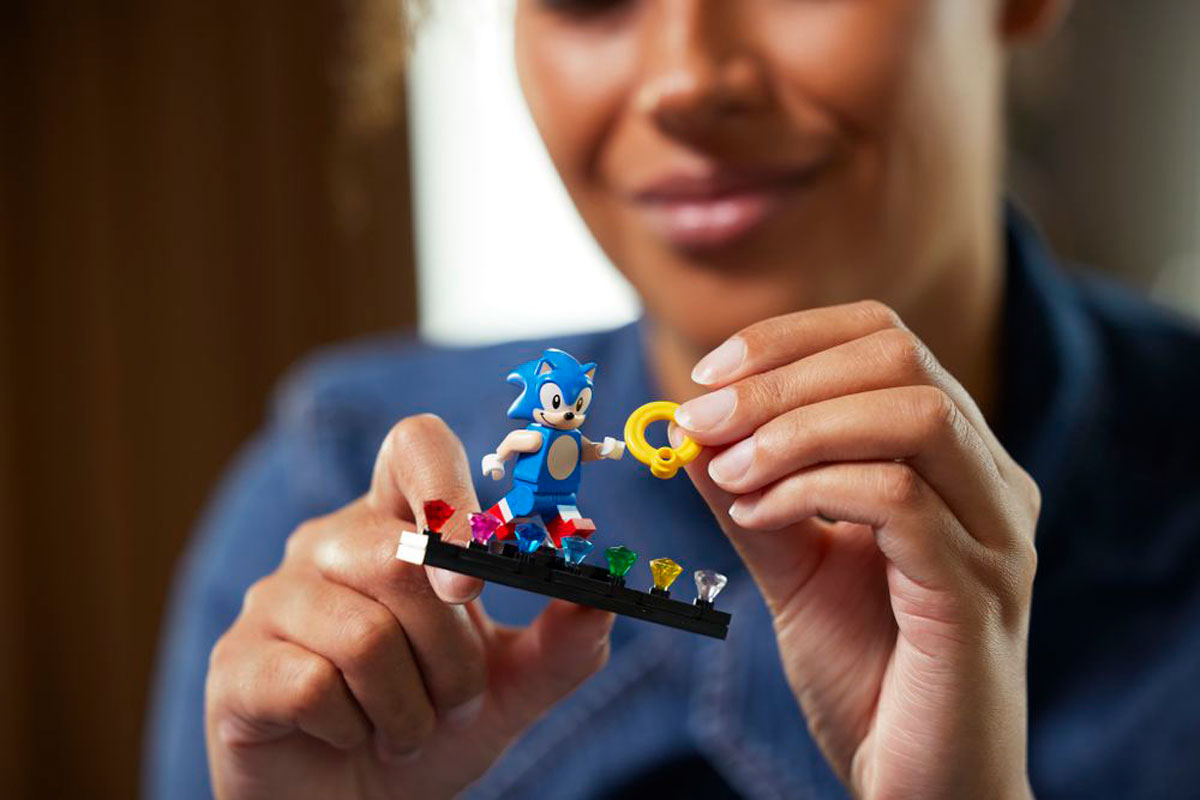 All in all, this is a pretty robust set! The zone isn’t as big or diverse as, say, Lego Super Mario’s Starter Set - but it’s packed with details fans can appreciate. The set consists of 1125 pieces, featuring minifigures of Sonic, Crabmeat, Moto Bug and Dr. Eggman. Dr. Eggman comes with his own stand, which is probably meant to represent the flying capsule he travels in.

The set measures seven inches high and 14 inches wide, so you might need to clear out some space for it on your shelf. It comes with 10 boxes of gold rings and a Technic level that springs Sonic into the air. You’ll also find seven Chaos Emeralds from the Sonic games to collect and display, and a vertical loop - which is basically a necessary inclusion in any Sonic project. 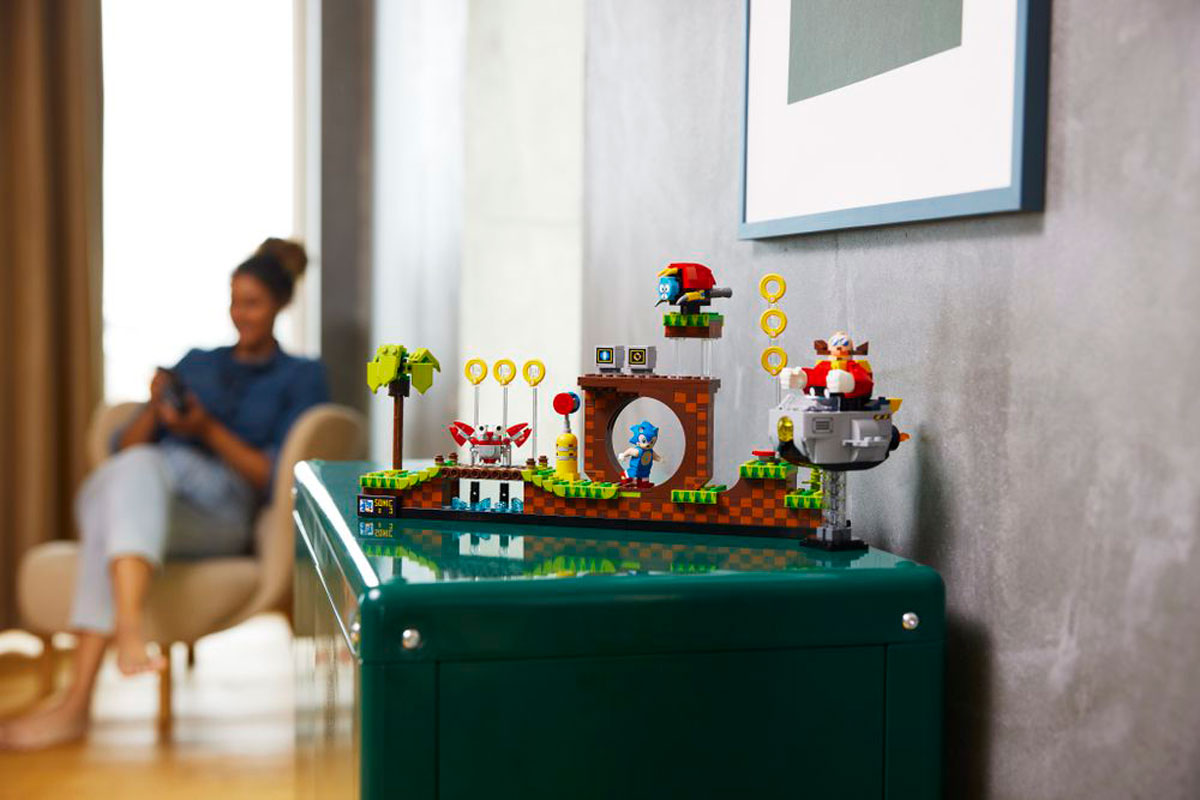 You can grab this set from the LEGO store now, priced at US$70 (around S$94) in the US. LEGO also recently unveiled its new Chinese New Year sets, which you can check out here.

Join HWZ's Telegram channel here and catch all the latest tech news!
Our articles may contain affiliate links. If you buy through these links, we may earn a small commission.
Previous Story
Kohler wants you to speak to its new PerfectFill bathtub at CES 2022
Next Story
Jabra announces Elite 4 Active sports TWS earbuds at CES 2022