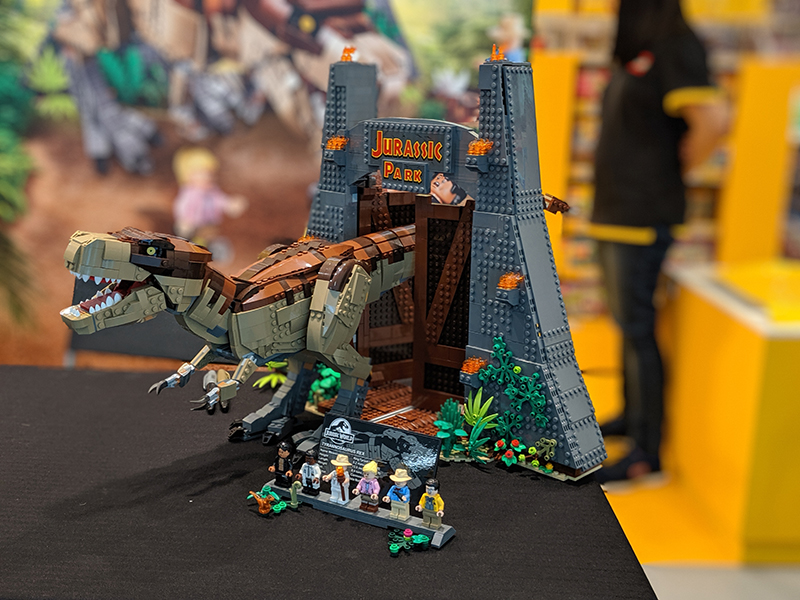 The familiar Jurassic Park gate hides several vignettes from the original 1993 film, paying homage to famous scene and features. There's the toilet that Donald Gennaro runs to during the T. rex attack, the control room with a mini chair, and printed keyboard tiles and stickered monitors. On top of that, there's even a tiny green frog inside the T. rex's mouth, a sly reference to the frog DNA that was used to patch the gaps in the dinosaur's DNA sequence in the movie.

As a final touch, there's even a T. rex facts plate that you can display with your favorite theropod.

Stafford is best known for LEGO toy lines such as Exo-Force and Ninjago, but the Jurassic Park: T. rex Rampage set is his first ‘Expert’ model in his 12-year stint as LEGO designer.