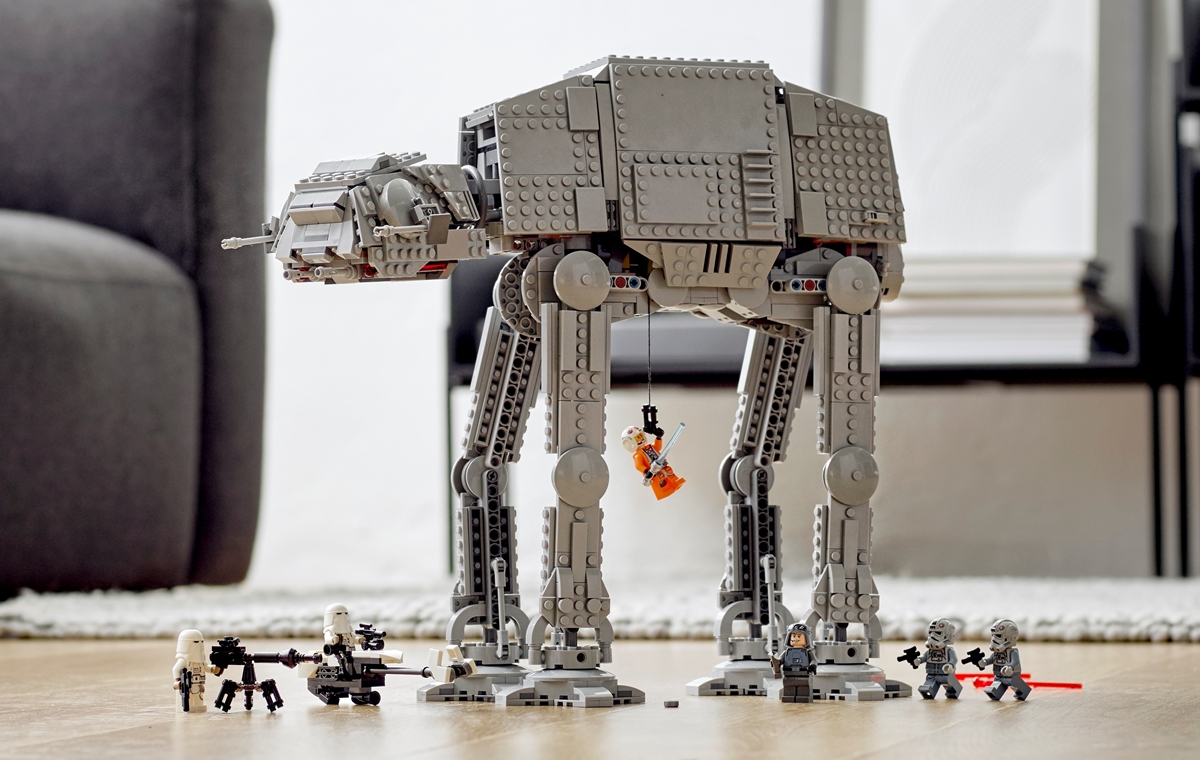 Arguably one of the most significant and iconic battles in Star Wars history, the Imperial assault on Hoth in The Empire Strikes Back really went ham on showing off the Empire's ground and air-based military capabilities. But while the aerial dogfights between the former's TIE fighters and the Rebel X-Wings were certainly impressive to behold, I personally think the monstrous and heavily armed All Terrain Armoured Transport (AT-AT) tanks on the ground really took the cake.

And they probably ate it too. Till today, I still can't help but think of camels when I look at one of these.

Regardless, it seems that LEGO has decided to push out another model for the iconic Imperial tank (again), and this time, it'll be joining the Millennium Falcon as part of the Ultimate Collectors Series. Unsurprisingly, the 75313 AT-AT is certainly much more monstrous than its predecessors - at its maximum, the model, which will retail at US$799.99 (~S$1,079) starting from 26 Nov (that's Black Friday!) measures 24.5 inches high, 27 inches long, and consists of 6,785 individual pieces.

So yeah, it's a pretty big boy. 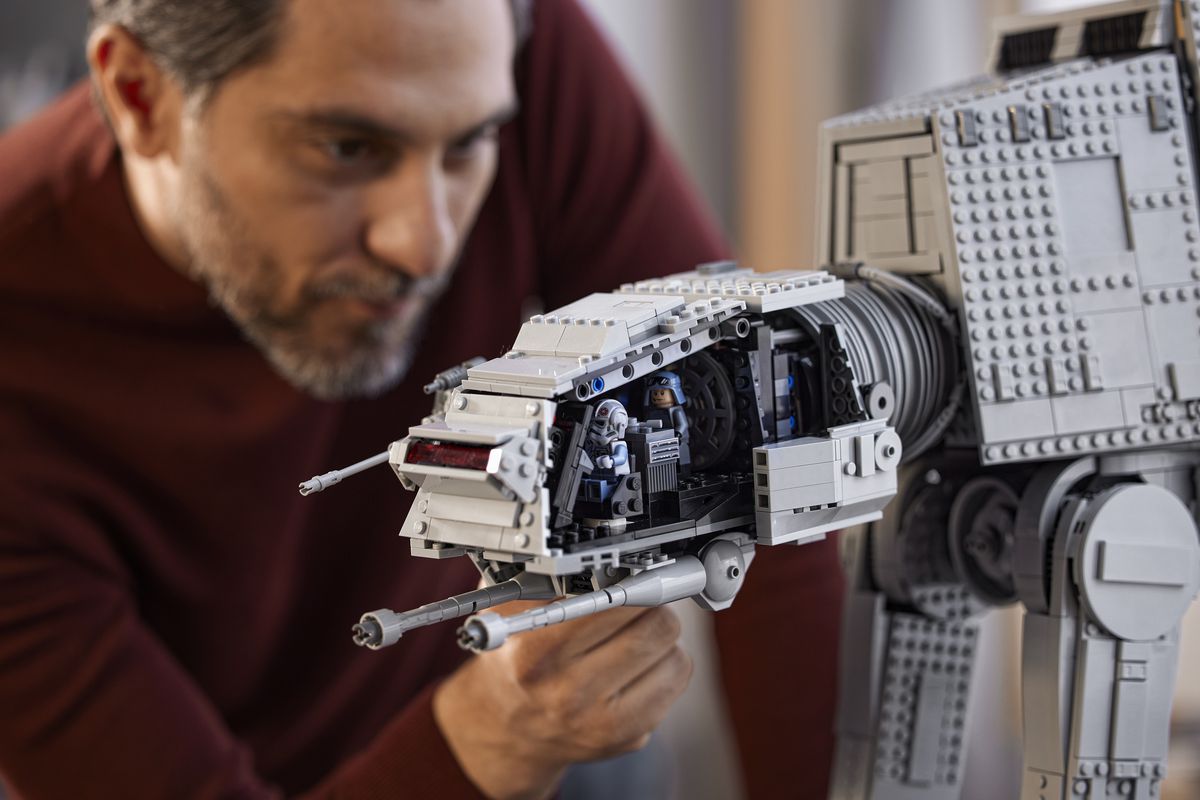 For added flavour, the model even comes with nine minifigures, including General Veers, a Snowtrooper Commander, four Snowtroopers, two AT-AT drivers and even Luke Skywalker, the last of which is designed to dangle from the belly of the tank. The vehicle itself features posable legs, removable sides and it can fit a whopping 40 minifigures inside, in addition to four speeder bikes and even a tripod gun. Unfortunately, though, only two speeder bikes are provided with the model - you'll have to source for the other two bikes (and thirty-odd Snowtroopers?) on your own. 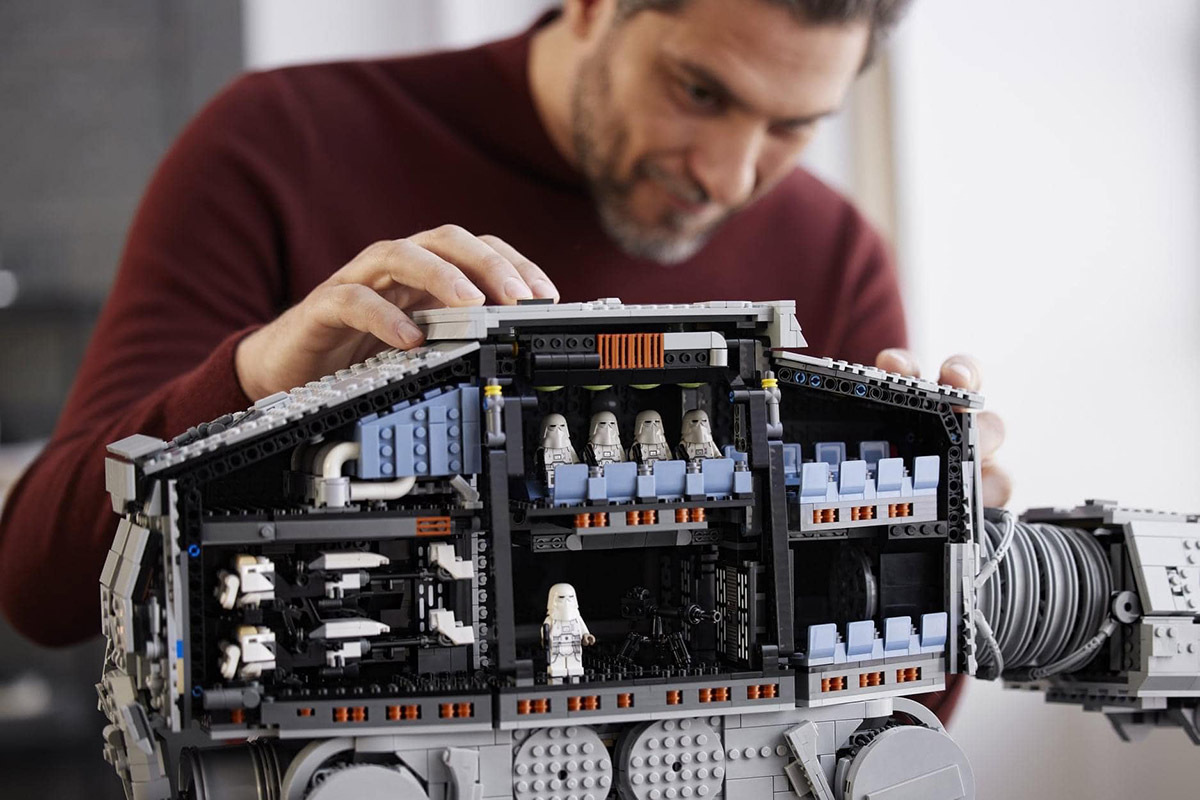 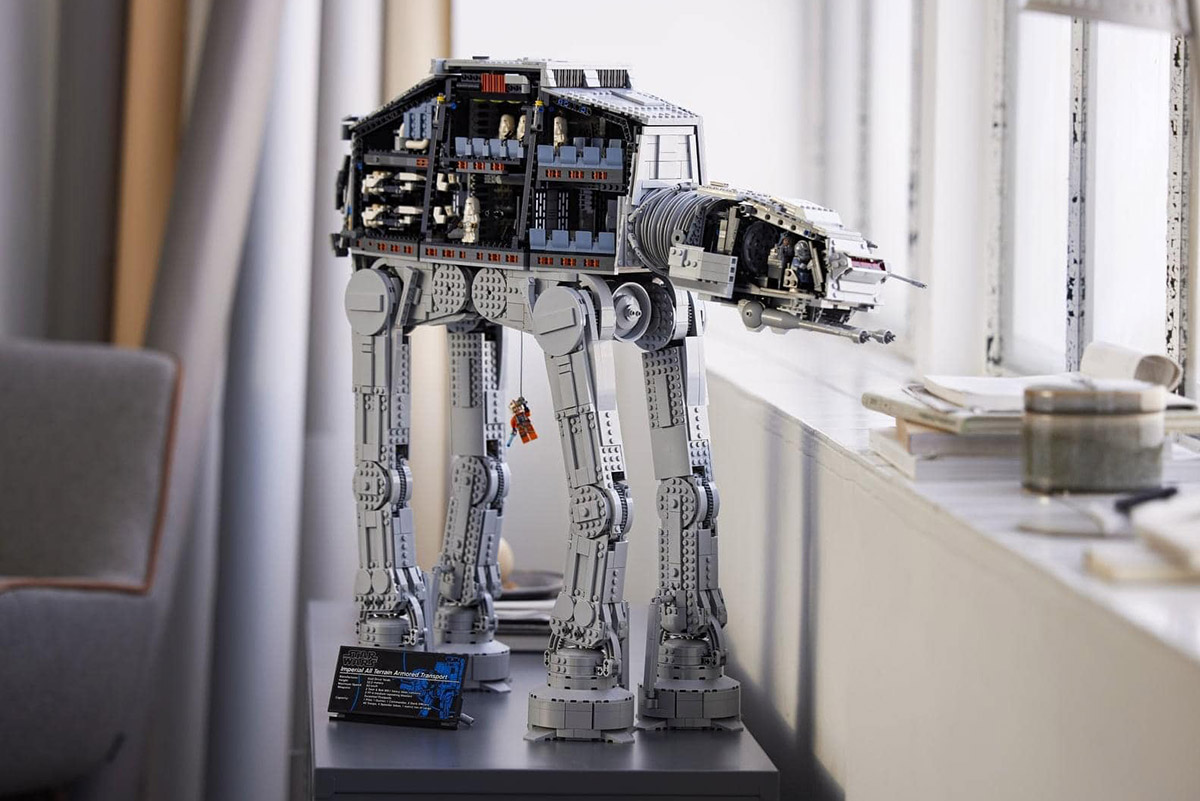 Nevertheless, it's certainly a model that collectors are going to want for their displays, and I believe space is hardly going to be a problem for these folks, least of all that eye-watering price tag. For reference, that's roughly the same price as the aforementioned UCS Millennium Falcon, though this one certainly pales in terms of complexity. Regardless, if you'd like to pick it up, feel free to check it out on the official LEGO website come 26 Nov.

Join HWZ's Telegram channel here and catch all the latest tech news!
Our articles may contain affiliate links. If you buy through these links, we may earn a small commission.
Previous Story
Adidas celebrates Southeast Asian cultures with its new UltraBOOST DNA "City Pack" shoes
Next Story
Omnidesk improves on standing desk technology with the new Ascent table