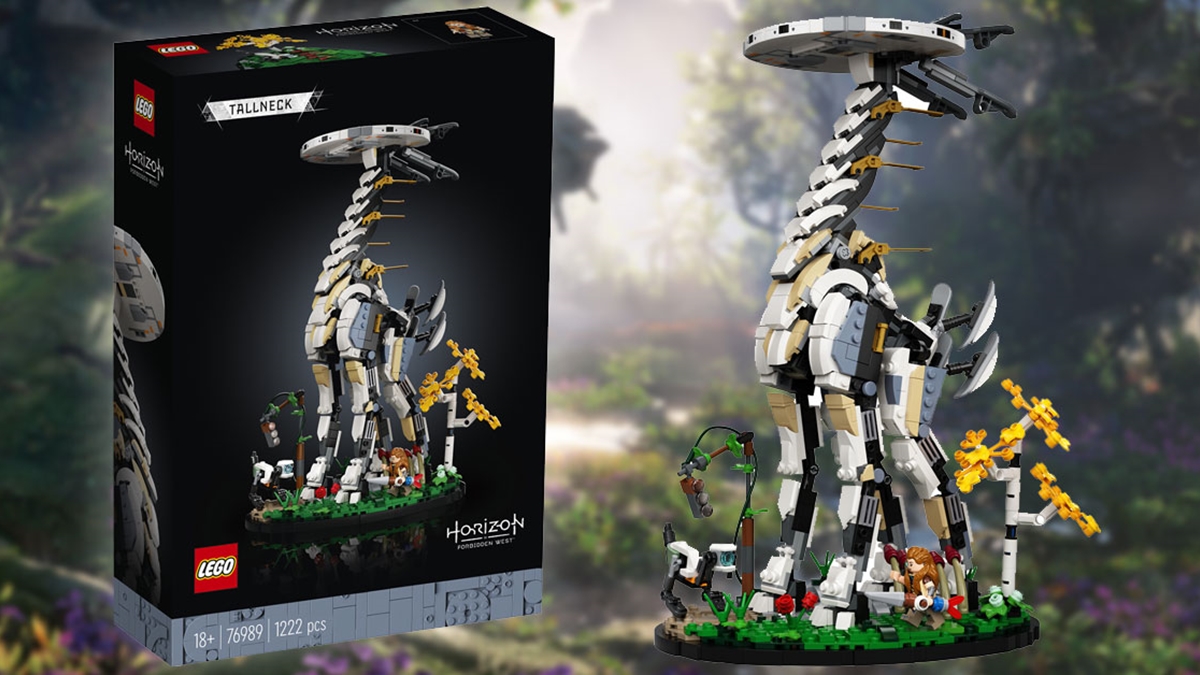 With the much-anticipated Horizon Forbidden West just over the...well, horizon, it's only normal that developer Guerrilla Games would have some interesting collaborations planned to drum up the hype.

As if it wasn't already hyped, to begin with. We know everyone's keen on checking out the next chapter of Aloy's story, and we're definitely no exception.

Speaking of collaborations, it seems LEGO is getting first dibs on this train, and have supposedly prepped an entire series of models inspired by Guerrilla's latest title. The first of these - the LEGO Horizon Forbidden West Tallneck model was showcased earlier today, and is scheduled to release sometime in May.

Measuring approximately 34cm tall with a 23cm wide base, the 1,222 piece Tallneck is a reasonably big model, though it certainly doesn't come close to actual giants like the LEGO Titanic or LEGO Millennium Falcon sets, which can potentially take up half of your living room and then some. Apart from the model itself, the set also comes with an Aloy minifigure (complete with a spear) and an adorable two-legged Watcher for added flavour. Here's a larger image so you can check it out. 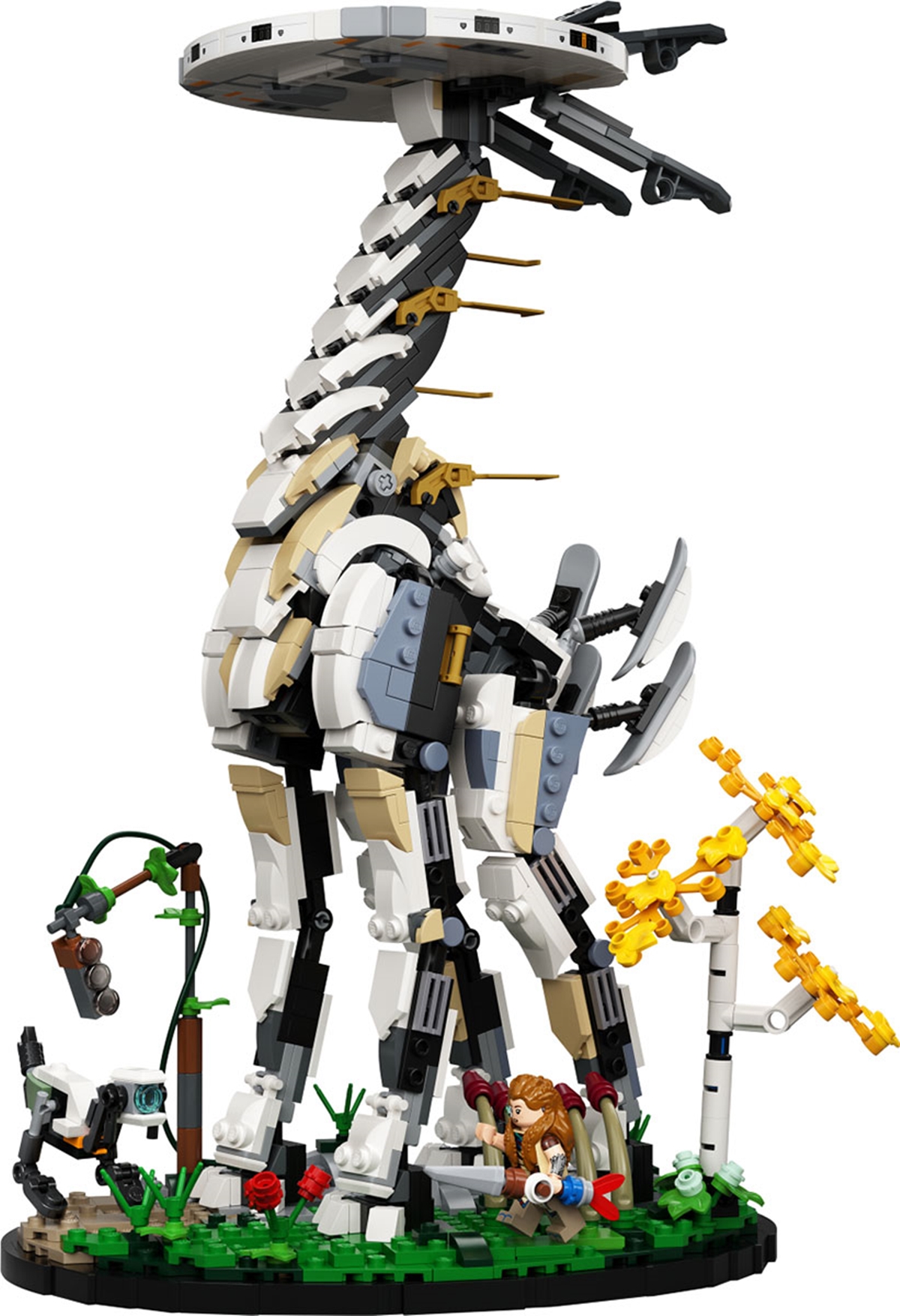 As for pricing, the LEGO Horizon Forbidden West Tallneck (76989) currently has a recommended retail price of US$79.99, which is about S$108 for us here in Singapore. We'll keep you posted once we get a proper local pricing, and as mentioned, the set is due to arrive sometime in May this year. In the meantime, you can always stay entertained with Horizon Forbidden West itself, which is scheduled for release this Friday, 18 Feb.

Join HWZ's Telegram channel here and catch all the latest tech news!
Our articles may contain affiliate links. If you buy through these links, we may earn a small commission.
Previous Story
Get chic and get blocky with the new PUMA x Minecraft sportswear collection
Next Story
FastGig is FastCo's platform for the growing gig economy