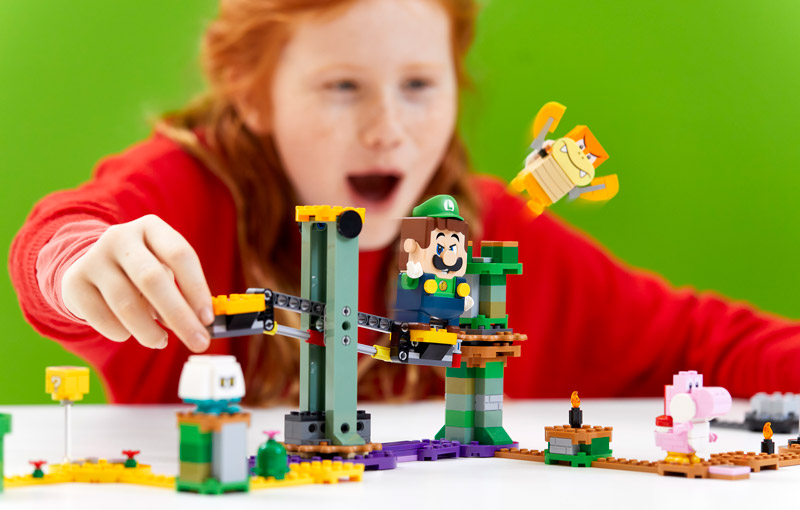 Luigi finally gets the spotlight.

Mario’s often-forgotten brother Luigi will soon get his very own LEGO set! The LEGO Super Mario collection’s next addition is the Adventures with Luigi Starter Course, which includes a brand-new electronic Luigi minifigure. This figure comes with new voicelines as well.

Just like the rest of the LEGO Super Mario collection, elements of this Luigi Starter Course can be mixed and matched with others to build the ultimate collection of Mario levels. Luigi and his Starter Course are fully compatible with all previously-released expansion sets, character packs and power-ups, so the Luigi and Mario figures are pretty much interchangeable in whatever sets you decide to build.

The LEGO Super Mario sets are meant to allow real-life play, so you can physically move LEGO Luigi from the Start Pipe to the Goal Pole and earn digital coins, complete a seesaw challenge and interact with a new Pink Yoshi. The set includes Boom Boom and a Bone Goomba as new enemies for Luigi to defeat, and you can arrange them in the course however you’d like. You’ll also find brown-coloured bricks to build the Tower biome, and a Question Block that gives Luigi rewards when hit. 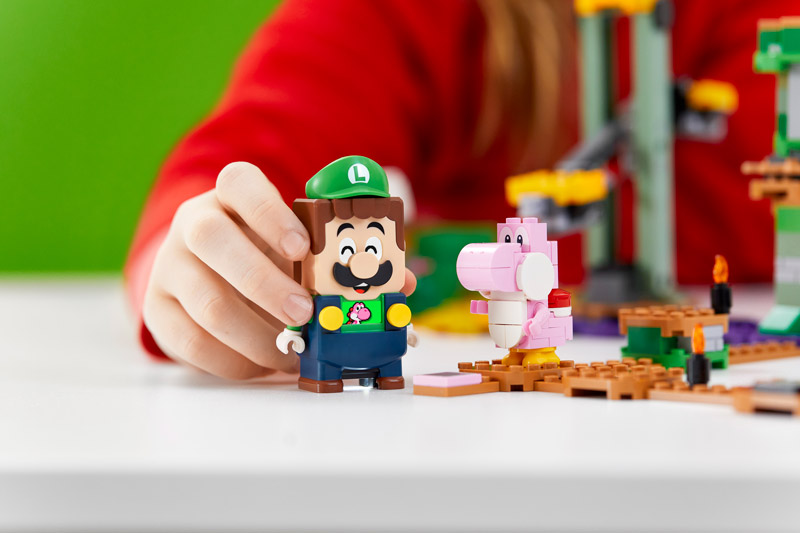 The Adventures with Luigi Starter Course consists of 280 pieces, and it might be worth getting if you want the new Luigi figure, enemies and blocks. Who doesn’t love Green Mario? The set launches globally on 1 August, 2021 for S$84.90. 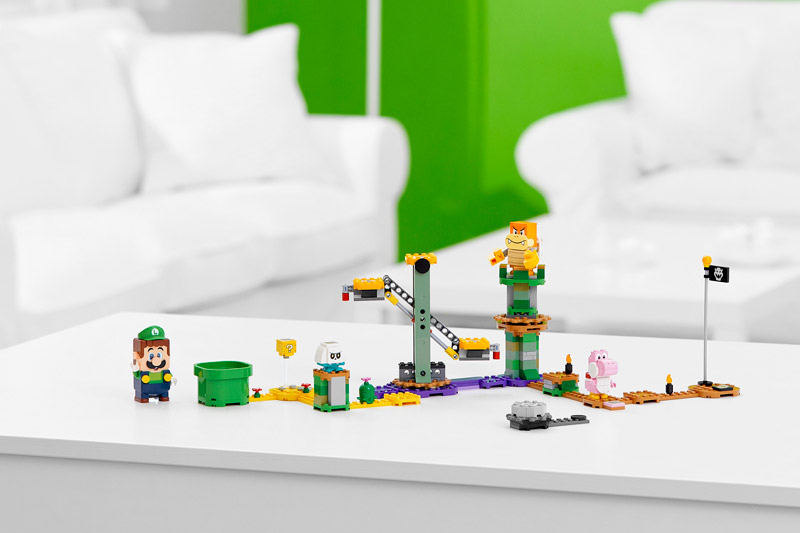 Join HWZ's Telegram channel here and catch all the latest tech news!
Our articles may contain affiliate links. If you buy through these links, we may earn a small commission.
Previous Story
The new G-Shock G-Squad series is like a fitness tracker with G-Shock protection *updated*
Next Story
Arlo launches Essential Indoor Camera in Singapore with automated privacy shield