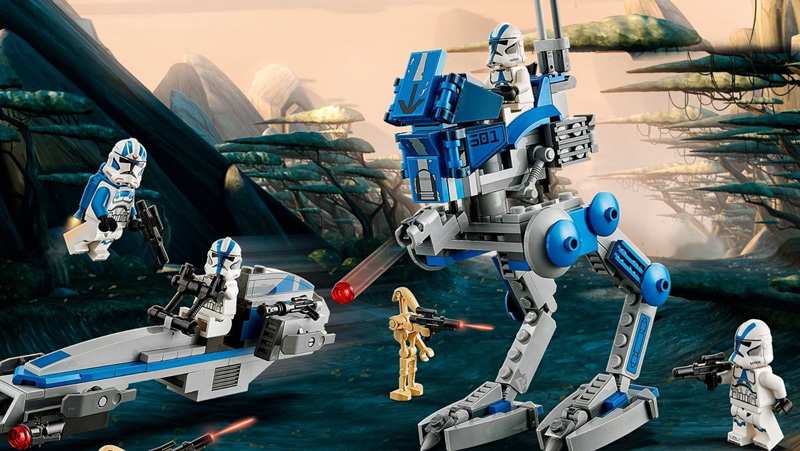 Fans of Star Wars: the Clone Wars will definitely want to pick this up!

Though May the 4th (Star Wars Day) is still a month away, that's not stopping Lego from making Star Wars-themed announcements early. The company just announced a new Star Wars kit, the 501st Legion Clone Trooper battle pack. The set comes with 285 pieces and exclusive minifigures, along with two other vehicles from the Clone Wars period in the Star Wars timeline.

The 501st legion are arguably the most famous Clone Troopers in existence - made up of iconic characters like Rex and Fives, who were prominent in the Star Wars: the Clone Wars and Star Wars Rebels animated shows. According to the official Star Wars website, this kit will include: 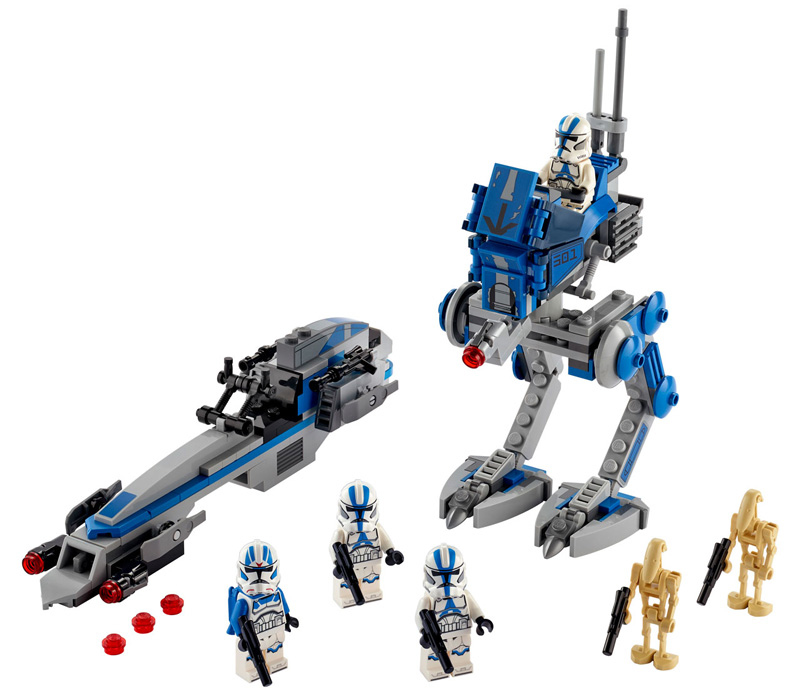 The kit will likely fit in nicely with other sets themed after the Star Wars prequel films - maybe you could even throw in a couple jedi and build a small battlefield! The exclusive 501st Legion trooper minifigures are bound to be tempting for any collector to own as well.

Previous Story
This Epic Hadouken figurine is exactly what you think it is
Next Story
Are retailers in Singapore jacking up prices for Animal Crossing: New Horizons?