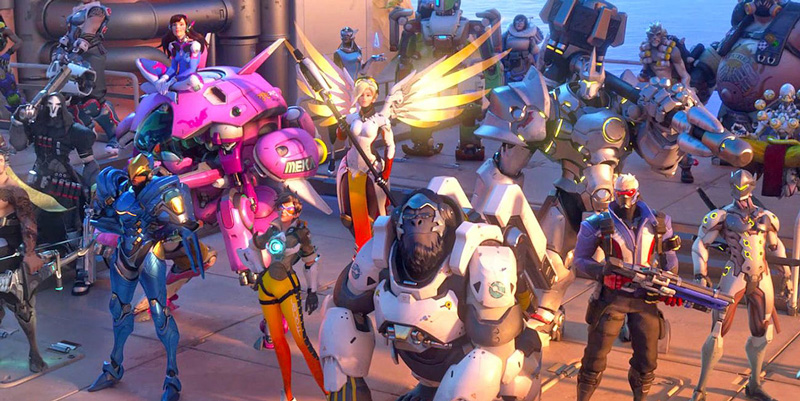 For anyone who cares, Diablo 4 and a Diablo 2 remastered will also be announced. #BlizzCon2019

This lines up with the previous Diablo 4 leak, but what really lends Metro some credibility is that he also leaked Overwatch’s then-new hero Ashe before her official announcement at BlizzCon 2018 last year. He also detailed her gameplay abilities moments before Blizzard even released the cinematic short revealing her character.

Overwatch 2 is very much real and will be announced at Blizzcon after the short cinematic.

Metro stated that Overwatch 2 will be revealed at BlizzCon 2019, after a short cinematic featuring heroes like Mei (yikes), Tracer, Winston and a younger Genji. This sequel will include PvE elements, in addition to the traditional PvP gameplay Overwatch is known for. This will probably work a lot like Fortnite, which has Save The World, the game's PvE campaign, alongside its PvP battle royale mode.

There will also be a new levelling system to modify hero abilities. An example he gives is that Tracer’s Pulsebomb ultimate ability can be modified to also get stuck on multiple opponents if they were close to the target. This would seem better suited for the game’s PvE elements.

We already knew that Blizzard has Overwatch 2 in development, and that they plan to go big at BlizzCon 2019 with announcements, so this leak isn’t actually that far-fetched. Diablo 4 alone might not be enough to stave off all the controversies Blizzard has suffered lately, but that and Overwatch 2? These announcements might be just what the company needs right now.

Join HWZ's Telegram channel here and catch all the latest tech news!
Our articles may contain affiliate links. If you buy through these links, we may earn a small commission.
Previous Story
NVIDIA and Ericsson to accelerate virtualized 5G radio access networks with GPUs
Next Story
Microsoft’s Secured-core PCs are designed to fend off firmware vulnerabilities for heightened security