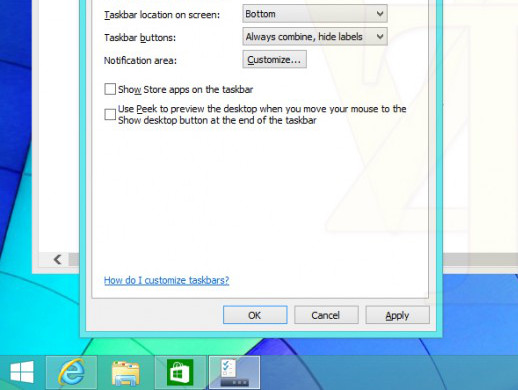 Screenshots from notorious Windows leaker WZor suggest that Microsoft will be introducing the ability to pin Windows Store apps (a.k.a. Metro or Modern-style apps) to the desktop taskbar in the upcoming Windows 8.1 Update 1. This isn't built into Windows 8.1 at the moment, though one can achieve the same thing via a third-party utility like Stardock ModernMix.

As explained by Paul Thurrott over at SuperSite for Windows, this new feature further bridges the gap between the present OS and the impending major Windows 9 "Threshold" OS, which would see Metro apps in floating windows on the desktop and the much-anticipated restoration of the Start menu as an optional feature.

According to Mary Jo Foley of ZDNet, Windows 8.1 Update 1 will be released alongside Windows Phone 8.1 in early April.

Join HWZ's Telegram channel here and catch all the latest tech news!
Our articles may contain affiliate links. If you buy through these links, we may earn a small commission.
Previous Story
Fujifilm Announces a Portable Instax Printer
Next Story
Logitech Portable X100 Mobile Speaker Announced