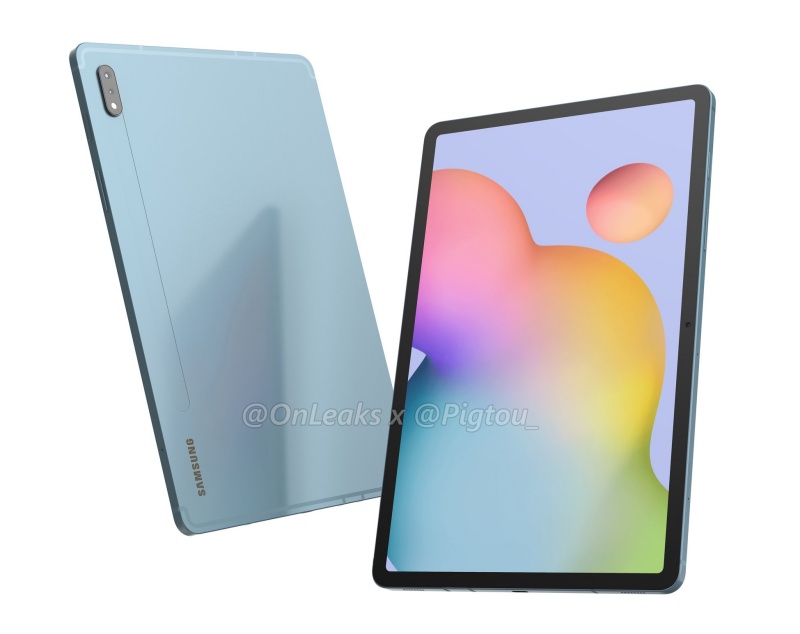 The first purported renders of Samsung's upcoming flagship Android tablet have been leaked by @OnLeaks and Pigtou.

In terms of design, the Galaxy Tab S7 does not seem to deviate much from the current Galaxy Tab S6 with the rear inset to magnetically attach the S Pen. In our review of the Galaxy Tab S6, we found the magnetic attachment to be not strong enough to prevent the S Pen from falling out. We are hoping that Samsung addresses that issue in the Galaxy Tab S7.

The Galaxy Tab S7 is also seen with a rear dual-camera module although there is now a flash below the lenses which the Galaxy Tab S6 lacks. Other rumoured specs include 5G connectivity and a 7,760mAh battery.

Samsung is expected to unveil the Galaxy Tab S7 within the next two months.