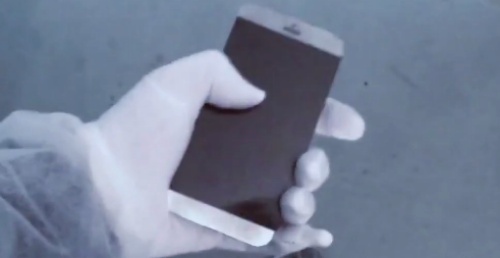 Apple is reportedly testing at least five different iPhone 7 configurations and one prototype was supposedly caught on video.

According to a leaked video taken by a Foxconn worker, the iPhone 7 appears to lack the familiar Touch ID button and sports a bezel-less display with the front-facing camera in the middle. The rear camera is also situated in the middle with no flash module.

To date, rumors have suggested that Apple is looking to integrate fingerprint sensors with the virtual home button on the display of the iPhone. The next iPhone is also said to sport a thinner design thanks to the elimination of the 3.5mm audio output jack. For now, we recommend that you take this video with a pinch of salt. Hit the source link below to view the video.

Join HWZ's Telegram channel here and catch all the latest tech news!
Our articles may contain affiliate links. If you buy through these links, we may earn a small commission.
Previous Story
Samsung plans to have five million Galaxy S7 units for launch in February
Next Story
China’s new anti-terrorism law will allow it to access encrypted user accounts