Note: This article was first published on 24th April 2019. 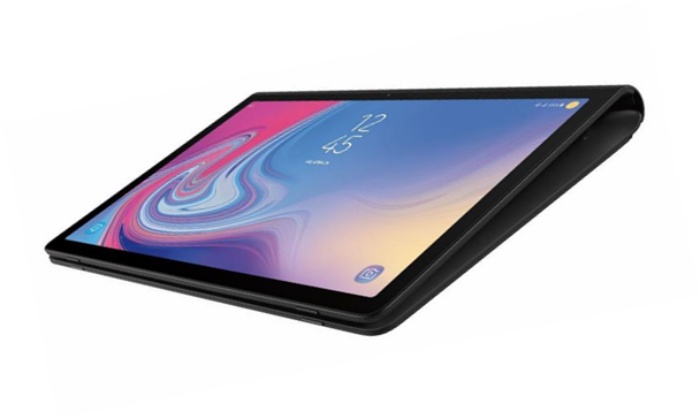 Remember the 18.4-inch Galaxy View tablet? Well, it seems that Samsung is working on a successor to be released this year.

SamMobile managed to uncover several renders of the Galaxy View 2 which reveal several significant design changes. The Galaxy View 2 is believed to come with a smaller 17.5-inch display and has a hinged kickstand. The kickstand sits at 30 degrees when stowed and upright when fully extended.

The integrated handle is removed on the Galaxy View 2 and is supposedly replaced by a hole on the rear of the kickstand. The user can apparently grip it when moving the device from one place to another. Other rumored specs of the Galaxy View 2 include an Exynos 7885 chipset and 3GB RAM.

Samsung unveiled the Galaxy View in October 2015. Weighing at a whopping 2.65kg, the Galaxy View tablet has a 18.4-inch Full HD display with two high quality stereo speakers, a 5,700mAh battery, 2GB RAM and up to 64GB internal storage space with microSD memory card slot. It had a retail price of S$898 for the Wi-Fi model and S$998 for the 4G model.