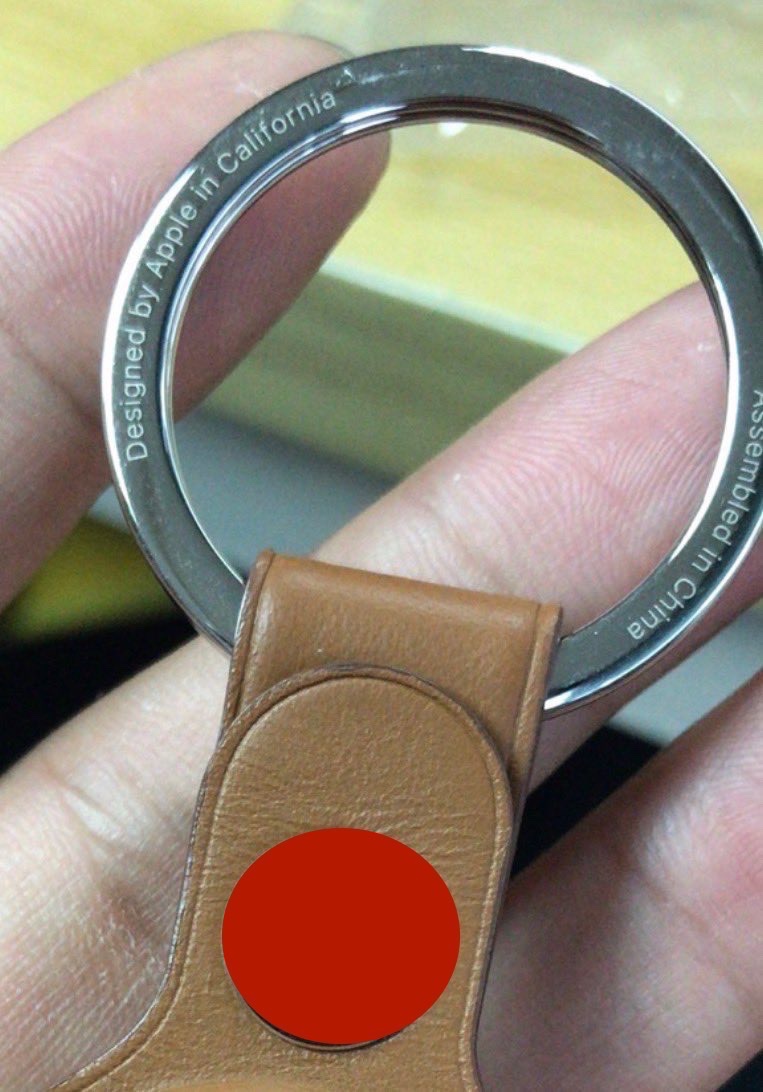 Apple may be launching its item tracker accessory, AirTag soon as one of its purported accessories is leaked.

Tipster @choco_bit shared a photo of a purported AirTag carrying accessory which is reportedly designed by Apple to work with the AirTag. It seems like a small leather sleeve that users can place the AirTag and then attach to a bag or an item via the stainless steel ring.

Apple is expected to unveil the AirTag soon or early next year. Details of the item tracker were leaked earlier this year in iOS 14 codes; they can be set up in bulk through iOS and the battery is replaceable.

Join HWZ's Telegram channel here and catch all the latest tech news!
Our articles may contain affiliate links. If you buy through these links, we may earn a small commission.
Previous Story
Facebook, Google and other developers not offering Apple Silicon apps at launch
Next Story
SuperSolid ventures into mechanical keyboards with the DreamType 001