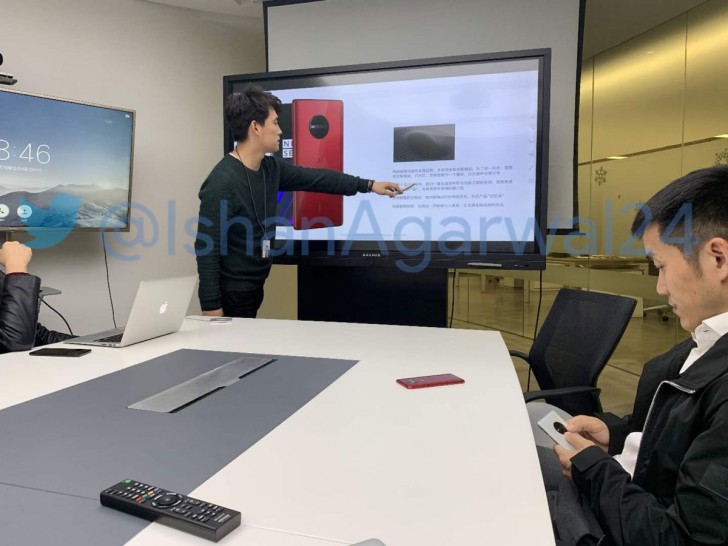 Noted tipster Ishan Agarwal has uploaded a photo that appears to have been taken at an internal OnePlus meeting showing OnePlus CEO, Pete Lau, with a new OnePlus device that could either be the upcoming OnePlus 5G or possibly the OnePlus 7.

Lau is seen with a white (or possibly gray) variant of the handset in his hands, while a red version can be seen on a screen. There's a distinctive circular camera module on the rear of both devices, which would be a new design direction for OnePlus. The circular design looks quite similar to Nokia's old Lumia smartphones, such as the Lumia 1020. Such a large camera module could point towards OnePlus focusing more heavily on the camera capabilities of this smartphone.

Previous Story
New 10-inch iPad and iPad Mini said to be coming in 2019
Next Story
X'mas Gift Idea 2: A 2-in-1 device that strikes a good balance between portability and performance