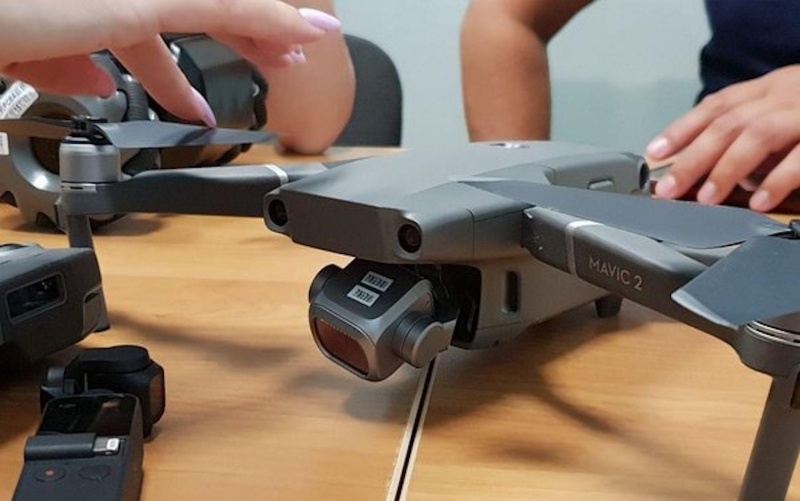 DroneDJ recently received an email with a purported photo of DJI's upcoming Mavic 2 drone. The leaked photo provides several key hints of what to expect.

DJI seems to have designed the Mavic 2 to be sleeker and more aerodynamic while retaining the same folding mechanism as the Mavic Pro/Air. The battery is mounted on top and towards the back similar to the Mavic Pro.

There also seems to be two different sensor sizes mounted on the drone; one could be a 1-inch sensor while the other could be 1/1.7-inch sensor. There is also a removable gimbal on the drone which could slide into the drone and be used separately.

The left side of the device appears to have a second gimbal with a significantly smaller camera. There is also a Lightning cable connection for charging. The Mavic 2 may support 360-degree obstacle avoidance based on the front and side cameras/sensors on the drone.

DJI initially scheduled the "See the Bigger Picture" event on 18 July, but has postponed it to a later date so that the company can deliver according to their standard of innovation.