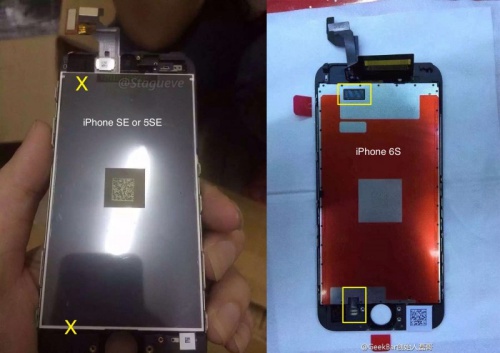 A fan of 4-inch iPhone and Apple's 3D Touch technology? Well, you can't get the best of both worlds; a leaked display panel of the Apple's iPhone SE reveals that 3D Touch components are absent. This confirms an earlier report by well-connected KGI analyst Ming-Chi Kuo that 3D Touch will not be a feature on the 4-inch iPhone.

Apple is said to be holding an event on 21st March to launch the 4-inch iPhone model which is rumored to be called the iPhone SE. Known previously as the iPhone 5SE or 6c, the 4-inch iPhone is believed to come with an A9 chipset, 2.5D cover glass with curved edges, Apple Pay support, and a design similar to the iPhone 5s. It is expected to cost between US$400 ~ US$500.

Join HWZ's Telegram channel here and catch all the latest tech news!
Our articles may contain affiliate links. If you buy through these links, we may earn a small commission.
Previous Story
Meet the Bugatti Chiron, the new most powerful production car in the world
Next Story
Over 16 million consumers in China registered to buy the Xiaomi Mi 5