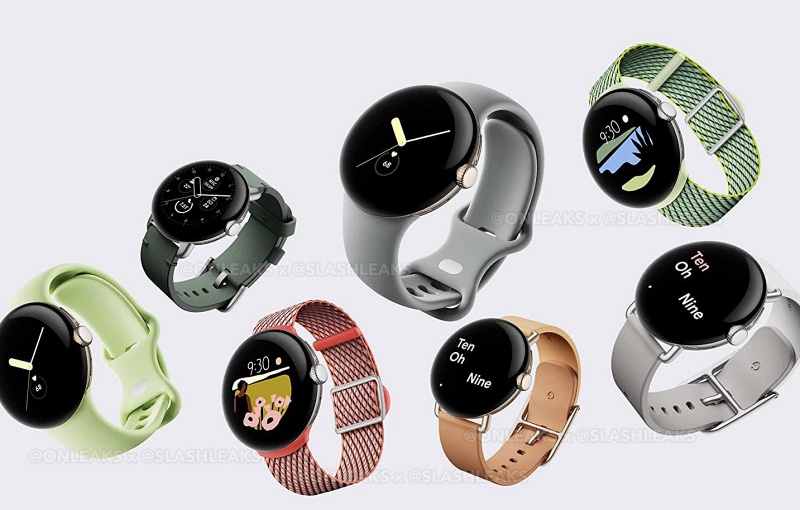 The latest leak of the Google Pixel Watch reveals more about the upcoming smartwatch.

Tipster @OnLeaks published a series of purported promotional materials which reveal the various watch bands and watch faces of the Google Pixel Watch.

For the watch faces, the Google Pixel Watch features a range of options such as the minute and hour hand with heart rate indicator, one with four complications, and a minimalist design that spells out the time. The promotional materials also show some features in action, which include ECG reading, emergency calling, and Google Fast Pair.

Google officially introduced the Pixel Watch in May and confirmed it will be powered by a new Wear OS with a refreshed UI and rich notifications. The Google Pixel Watch is rumoured to be powered by the four-year-old Exynos 9110 chipset and an ultra-low power QCC1110 co-processor.

The Google Pixel Watch and Pixel 7 lineup are expected to be revealed in their full glory on 6 October.

Source: @OnLeaks via The Verge

Join HWZ's Telegram channel here and catch all the latest tech news!
Our articles may contain affiliate links. If you buy through these links, we may earn a small commission.
Previous Story
Report claims Touch ID unlikely to return to any flagship iPhone model
Next Story
ScamShield now available for Android users