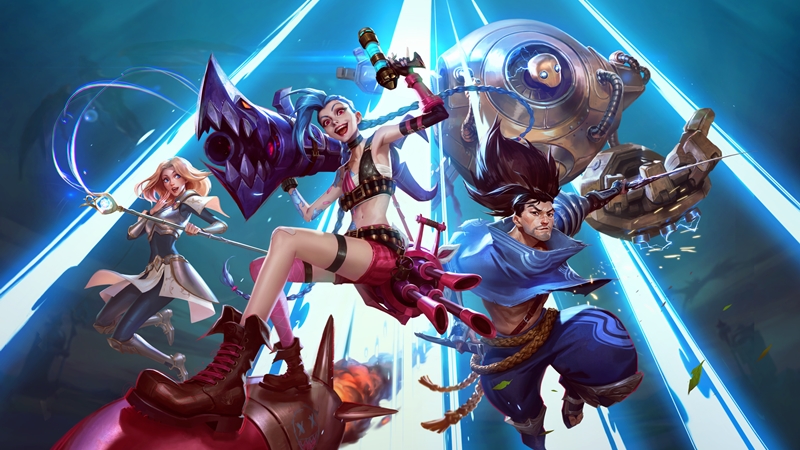 Despite being over ten years old, Riot Games' popular MOBA League of Legends still commands a huge and loyal following worldwide, both casually and competitively. Now, that crowd is probably going to get even bigger, with the game's mobile port, Wild Rift entering its first Regional Beta test on October 27.

Unlike its previous phase of beta testing, which was only available to select parties (including us!), this regional beta test will be open to all players from the following countries: Indonesia, Japan, Malaysia, the Philippines, Singapore, South Korea, Thailand, Brunei, Cambodia, Laos and Myanmar, although Riot plans to expand it to include many more  regions in 2020 and early 2021.

In terms of gameplay, the regional beta will also feature several changes and additions from before, as noted below:

With regard to other types of content, as a nod to LoL's success in the various regions, Riot will also release locally tailored material every day on the road to Open Beta based on the different locales. On top of this, influencer spotlights, guides, and community highlights will also be featured, equipping players with all they need to prepare for Wild Rift.

Last but not least, the ever-popular K/DA ensemble will be making an appearance in Wild Rift as well in the form of skin purchases. According to Riot, at the end of October, players will be able to purchase the special K/DA ALL OUT skins using Wild Cores, the game's paid currency. However, if you've got your eye on K/DA ALL OUT Seraphine, do take note that she's going to be sightly pricier than the rest, costing 1325 Wild Cores. Apart from her, the other four members of the ensemble all feature the same price tag of 990 Wild Cores.

Speaking of which, Riot also took the chance to release more info on K/DA's new ALL/OUT EP - check that out here!

Join HWZ's Telegram channel here and catch all the latest tech news!
Our articles may contain affiliate links. If you buy through these links, we may earn a small commission.
Previous Story
The Sony Xperia 5 II comes to SG on 12 Nov, pre-orders now open
Next Story
Riot has dropped more details on K/DA's new ALL/OUT EP