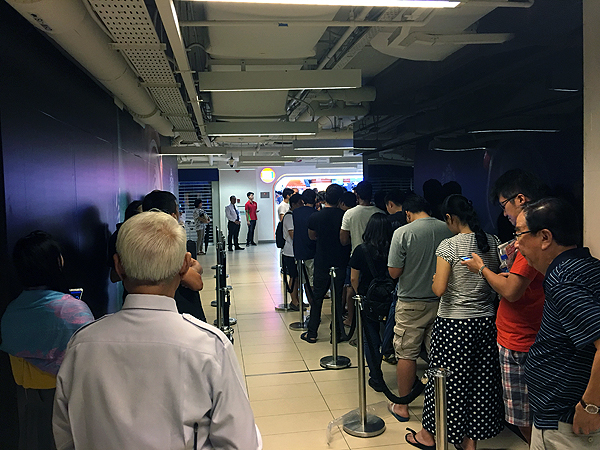 An iPhone launch is a significant deal for Apple. This launch is just as significant to many customers around Singapore today. Despite the rainy start, many an iPhone user were pleased to be one of the first to get their hands on the iPhone 7 and iPhone 7 Plus.

Of course, the phone has its merits to warrant such a crowd. Check out our latest iPhone coverage here to learn more about its appeal. Now, let’s look at some of these early-birds. 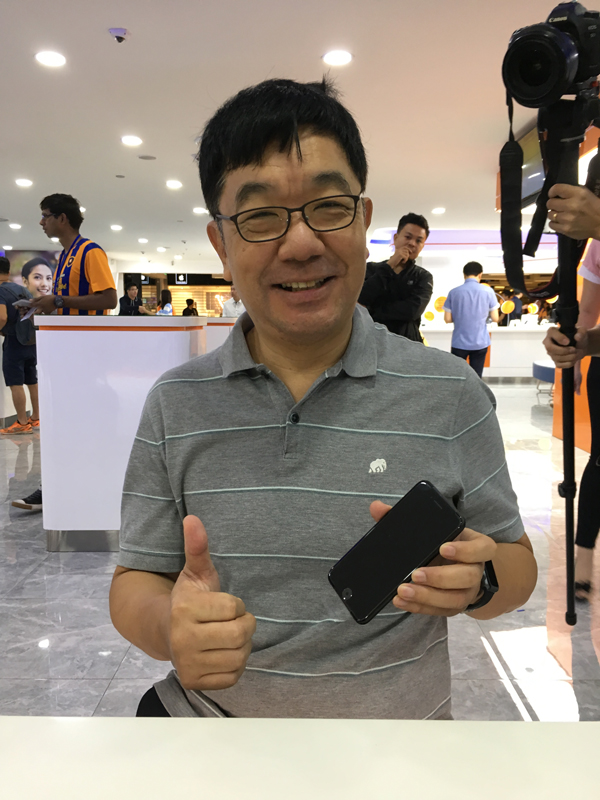 The second person in line at the M1 outlet in Paragon was Mr. Lim Soon Lee, 59 years old. Mr. Lim, a Singaporean orchestra conductor and violist (with a Wikipedia page about him, no less), grabbed a Black iPhone 7 (128GB).  He has been using the iPhone series since the iPhone 4, and likes the phones for their stability and reliability. He also looks forward to using the iPhone 7’s camera. M1 was happy to add that he’s been an M1 customer for the last 19 years. Mr. Lim booked the 8.00 A.M. collection slot, and arrived at 8.45 A.M..

The first walk-in buyer for the same store is Mr. Nazrul Rahman, 27 years old, and a lawyer by profession.  He purchased a Gold iPhone 7 (32GB), because his current phone was nearly at the end of its lifespan, the Black iPhone 7 was out of stock. Mr. Rahman did not want the Jet Black version of the new Apple phones because he felt they were too impractical for daily use. “Life’s like that, you can’t always get what you want.” 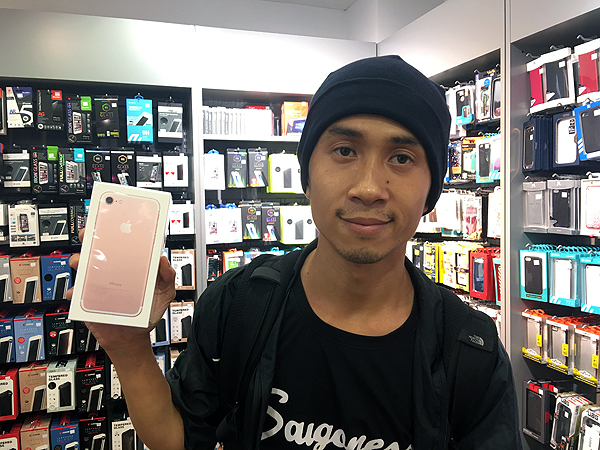 The first buyer of the new iPhone at the iStudio outlet in Paragon was Mr. Nguyen Tien Thinh, 28 years old. He traveled from Vietnam to Singapore on 13th September, and grabbed a Rose Gold iPhone 7 (128GB). The Apple user said that he will be flying back at 6P.M. – the very evening of the launch day itself. Talk about dedication. The first customer at Singtel’s Marina Bay Sands launch was Mr. Wellson Lee, 38 years old. He’s an IT Architect, with his new iPhone 7 in Silver. 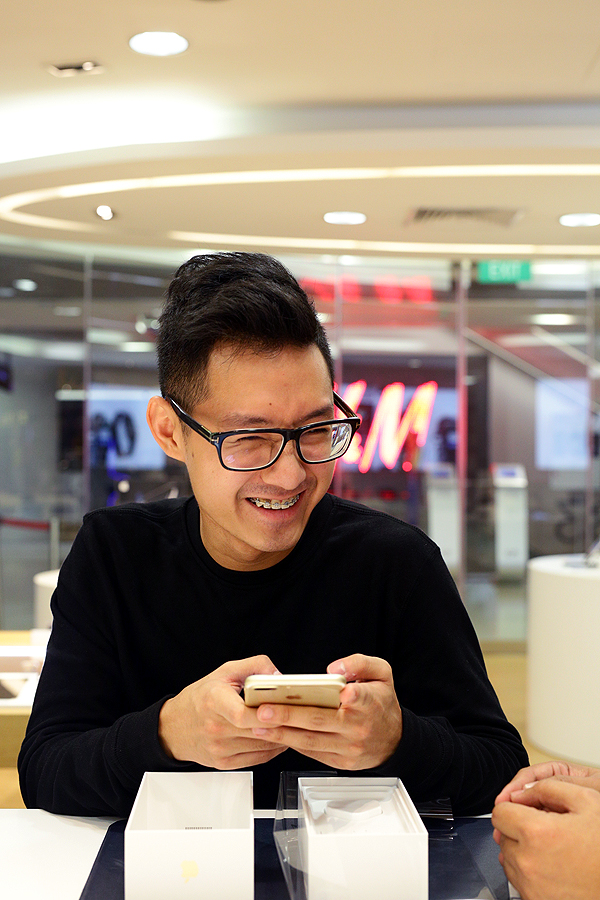 Over at Epicenter in ION Orchard, we have Mr. Ferdinand Soffian, an entrepreneur, being the first buyer at launch. He picked up an iPhone 7 Plus in Gold. “I love Apple and Apple products because they are so innovative!” 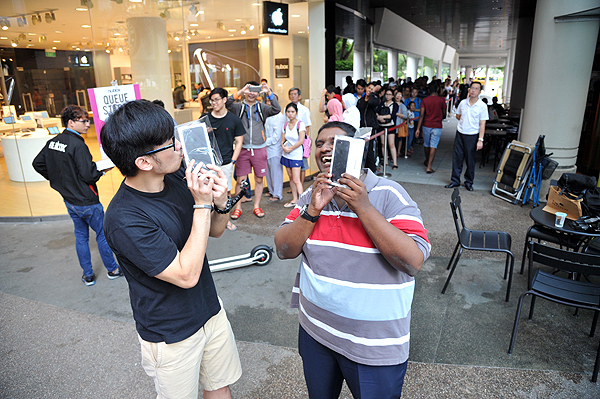 At Nübox Tampines Mall, Prabakaran (right, Business Consultant) and Darryll Seow (left, owner of a hair product business) celebrate being the first two people to purchase the iPhone 7 and iPhone 7 plus. Both purchased iPhone 7 Plus in black and iPhone 7 in silver.

Join HWZ's Telegram channel here and catch all the latest tech news!
Our articles may contain affiliate links. If you buy through these links, we may earn a small commission.
Previous Story
Apple could be working with Energous on wireless charging technology
Next Story
The S3 Zero Gravity flight experience is out of this world