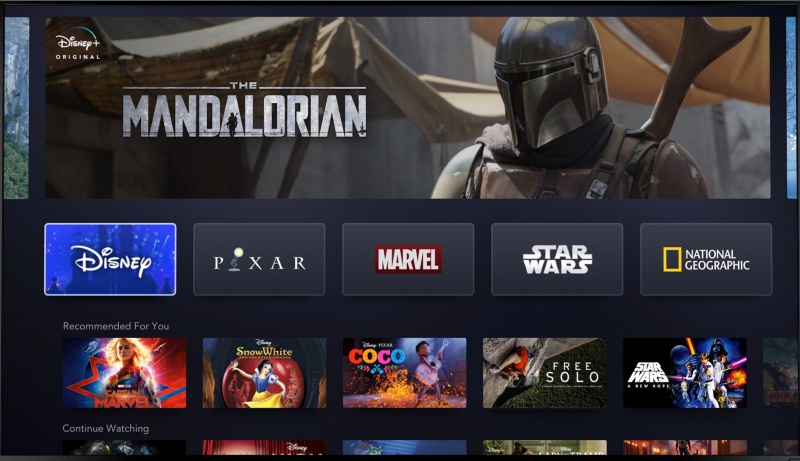 Disney+ will be launching in the U.S on 12 November with monthly and annual subscription fees of US$6.99 and US$69.99 respectively. The company also gave investors a first look at the app and its interface.

The interface is similar to Netflix; there are rows of recommended content, new TV series and movies. There are also five hubs at the top of the page which are Disney's franchises: Disney, Pixar, Marvel, Star Wars and National Geographic.

Disney+ can be accessed on smart TVs, web browsers, tablets, mobile devices and game consoles. In addition, Disney has secured deals with Roku and Sony for availability on their platforms. It supports up to 4K HDR video playback and a significant amount of content will also be available for offline viewing.

New projects are coming to the video streaming service. There will be a series based on Avengers characters, Falcon and Winter Soldier, two confirmed live-action projects focusing on Loki and Hawkeye, a Monsters, Inc. show, a High School Musical show, and a Star Wars series focusing on a bounty hunter.

Disney+ will be rapidly expanded globally after its U.S debut in November, with plans to be in nearly all major regions of the world within the next two years.