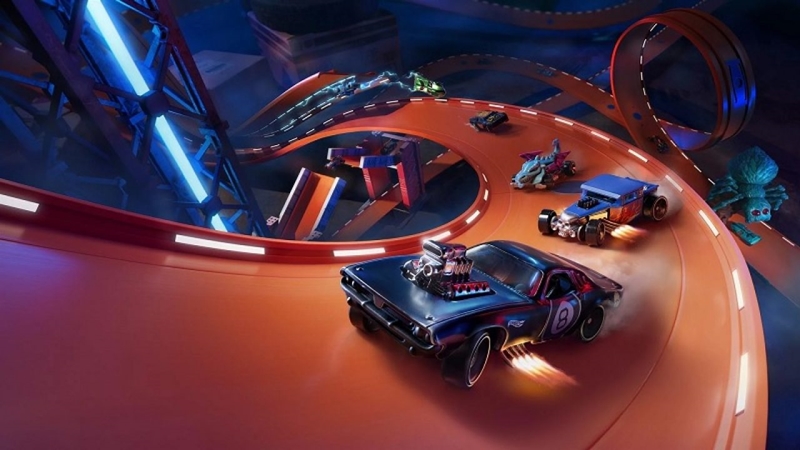 As a kid, Hot Wheels: World Race was one of the games I recall spending lots of time on, and I think it's only natural that I've come to miss its simple yet pulse-pounding formula. Amusingly, I remember being really annoyed that car speeds couldn't go above 200mph without using up my nitrous gauge, but we'll leave that rant for another day where I have about two hours to kill.

Speaking of Hot Wheels, it seems we've got something really good to look forward to in Hot Wheels Unleashed. The game, which is scheduled for release on 30 Sep is currently being developed by the team over at Milestone, and for those who are familiar with their past works like MotoGP and Ride, you'll know that the game is in good hands. In fact, based on what we've seen from the new gameplay trailer alone, Unleashed is shaping up to be a real doozy of an arcade racer - check it out!

Although the game doesn't seem to feature the otherworldly and exotic environments that I've come to love about World Race, I'm actually pretty satisfied with the featured College Campus level and the bar that it sets for the rest of the tracks in Unleashed. The best thing about Hot Wheels games, in my opinion, is probably the sheer outrageousness of the tracks and their seemingly blatant disregard for the concept of gravity, both of which are splendidly showcased in the trailer. From huge loops and moving ramps to good old-fashioned boost pads, I'm honestly preparing to feel like that same twelve-year-old kid I was back then.

Oh, did I also mention that Milestone has an excellent track record developing racing titles?

Join HWZ's Telegram channel here and catch all the latest tech news!
Our articles may contain affiliate links. If you buy through these links, we may earn a small commission.
Previous Story
A PlayStation 5-exclusive Final Fantasy game might be coming from Nioh creators
Next Story
Oppo Enco Air appeals to callers and gamers alike, now available in SG