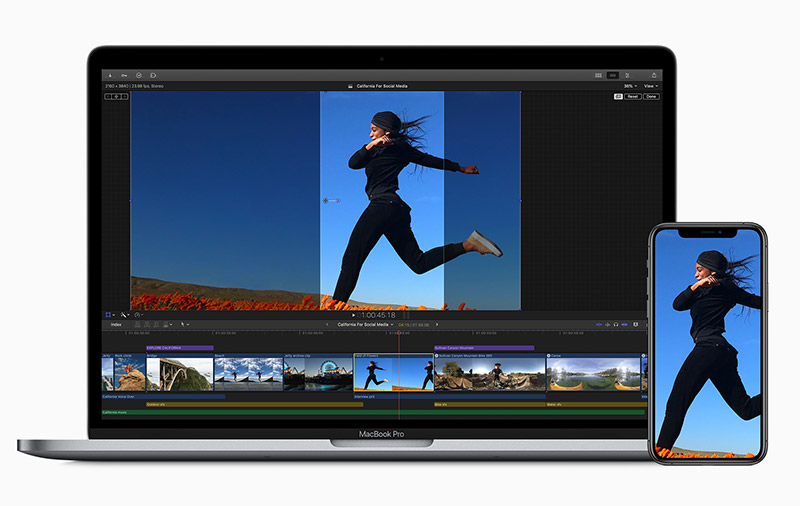 Now at version 10.4.9, Final Cut Pro X now allows users to create proxy media in either ProRes Proxy or H.264. The proxies can also be generated in custom frame sizes and will now display properly alongside clips that don’t have proxy media. For users who need to bring their work to other locations or pass them to other people for editing, the smaller-sized proxy media can now be loaded on external drives too.

Another major new feature in 10.4.9 is Smart Conform, which automatically transforms projects for square or vertical delivery. This will come in handy for creators who create for platforms like Instagram and Twitter. Smart Conform is powered by machine learning, which means it’s able to analyse where most of the action is and crop the video appropriately.

The update also brings a new Metal-enabled plug-in for RED RAW. With it, Apple claims transcoding 8K RED RAW video to ProRes 422 is now up to two times faster on Mac Pro, and up to three times faster on MacBook Pro. You can also now play and edit 8K Canon Cinema RAW Light.

Final Cut Pro X 10.4.9 is available as a free update for existing users. For new users, the software costs S$448.98 on the Mac App Store. Motion 5.4.6 and Compressor 4.4.7 are also now available as free updates for existing users, and for S$68.98 each for new users. Finally, Apple offers a free 90-day trial of Final Cut Pro X for all Mac users, so you can always try it out before buying.

Join HWZ's Telegram channel here and catch all the latest tech news!
Our articles may contain affiliate links. If you buy through these links, we may earn a small commission.
Previous Story
Apple rumoured to add AR content to its video streaming service in 2021
Next Story
NVIDIA announces new GeForce MX450 GPU for thin and light notebooks