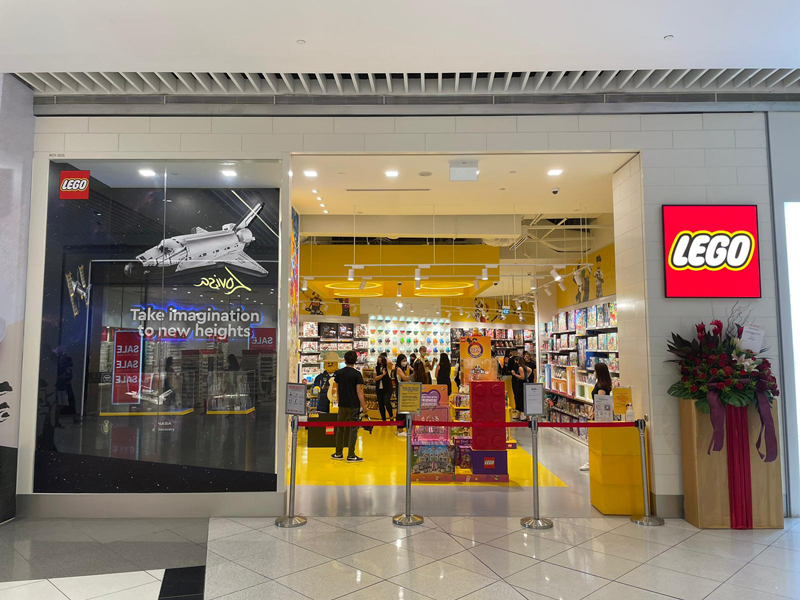 The LEGO Group is opening its largest LEGO Certified Store (LCS) yet in Singapore tomorrow! This will be the 10th LCS in the whole country, managed by Bricks World and located at Suntec City Singapore. The store spans over 2,088 square feet, making it a must-visit for LEGO fans looking to pick up a new set or two.

The very first LCS also opened up in Suntec City back in 2014, so this is a nice full-circle moment for LEGO. Cesar Ridruejo, General Manager, Southeast Asia at the LEGO Group said:

We are excited to return to Suntec City with our largest and most prominently situated LCS to date on the ground floor of the mall to bring the world of creative and imaginative play to more children in Singapore. LEGO play stretches one’s imagination and creativity and to that end, reflects the same experience in our stores with hands-on activities and creative builds to inspire. We can’t wait to share what we have in store for everyone in 2021. LEGO went all-out with this new LCS, too. The store features a first-of-its-kind bespoke Merlion mosaic wall, specially designed by Singapore LEGO Certified Professional Nicholas Foo. The mosaic wall spans 3.9 metres high and 1.6 metres wide at the store entrance, made from a whopping 92,160 LEGO bricks over a painstaking 128 hours. LEGO says that if you were to stack all the 1x1 bricks used in this mosaic on top of each other, your leaning tower of LEGO would reach a height of 295 metres. That’s the same height as 34 original Merlion statues. 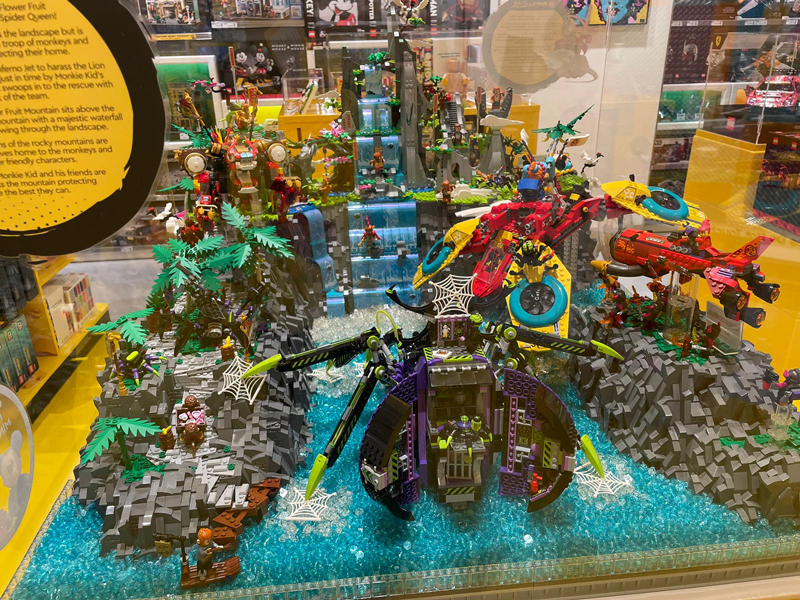 Those who check out the store opening will also find a Monkie Kid-themed diorama, modelled after a first-ever Chinese-inspired theme by The LEGO Group. The diorama depicts the Spider Queen’s attack on Flower Fruit Mountain, while the Monkey King, Monkie Kid and their assorted friends protect their homes. Mickey and Minnie Mouse are also hidden away in this display for some reason, but you’ll have to look hard to find them. LEGO plans to refresh this diorama with new builds every once in a while, so it might be worth returning to the LCS in the future to see what form it takes next. This LCS is also home to the very first LEGO DOTS play wall, too. This wall quilt is designed with, “the traditional fabric of family in mind," as you can see in the image above. Just like every other LCS, visitors can also create their own LEGO sets at the Pick a Brick Wall, where they can look for specific bricks to complete a build. The Build a Minifigure Station also lets you create original or familiar LEGO characters piece by piece, all on your own.

If you wish to see what a LEGO set looks like fully-built before buying it, a Digibox is available to visualise the assembled models in augmented reality. As usual, a Gift Centre is also available where you can find LEGO mugs, keychains, accessories and Brickheadz. Hardcore fans have the option of joining as LCS members to get early access to new sets weeks before their official LEGO Global launch dates. Bragging rights go a long way in the LEGO community, after all. This store also has an opening promotion. Shoppers who spend a minimum of $180 will get an exclusive customisable LEGO stainless steel mug, which sports the iconic LEGO Minifigure in its design. You can customise this mug from 9 to 30 April, if you’d like. Bricks World is also running a contest on their Facebook page from 9 to 23 April, giving away $200 worth of prizes. If you’d like to participate, just, “share a memory,” of one of your first LEGO sets by commenting on the Facebook post, and then liking it and following the page.

Join HWZ's Telegram channel here and catch all the latest tech news!
Our articles may contain affiliate links. If you buy through these links, we may earn a small commission.
Previous Story
Samsung Galaxy SmartTag+ with UWB to be available from 16 April
Next Story
Falcon and the Winter Soldier fans are demanding that Marvel #ReleaseTheZemoCut