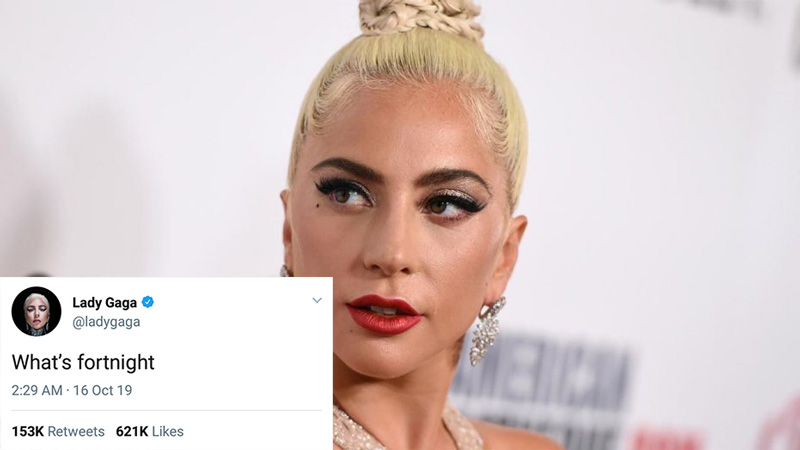 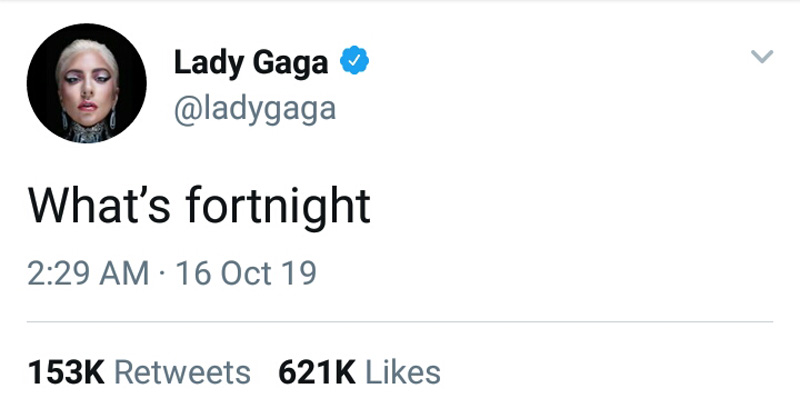 Of course, the internet had her back on this one. The tweet has over 22,000 replies - all of them ridiculous. Let’s go through the good ones.

Some were straight to the point:

Some were a little snarky: 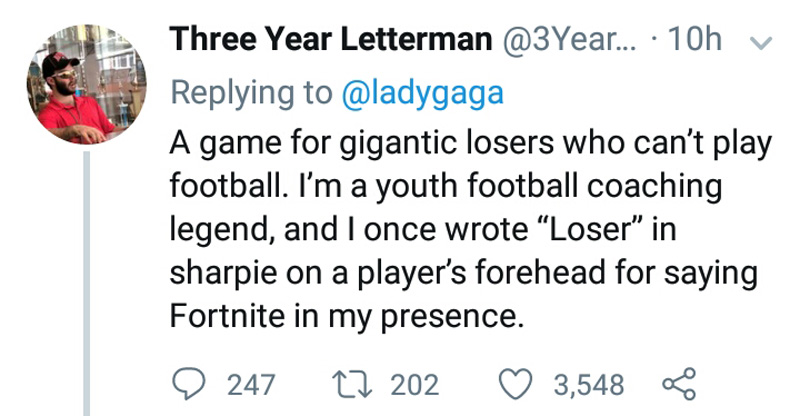 Some really shouldn’t have replied at all: 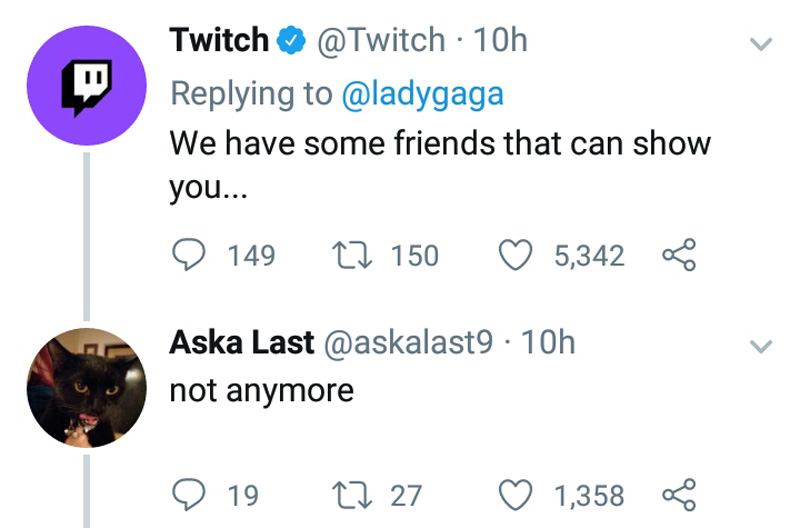 And, speaking of Ninja: 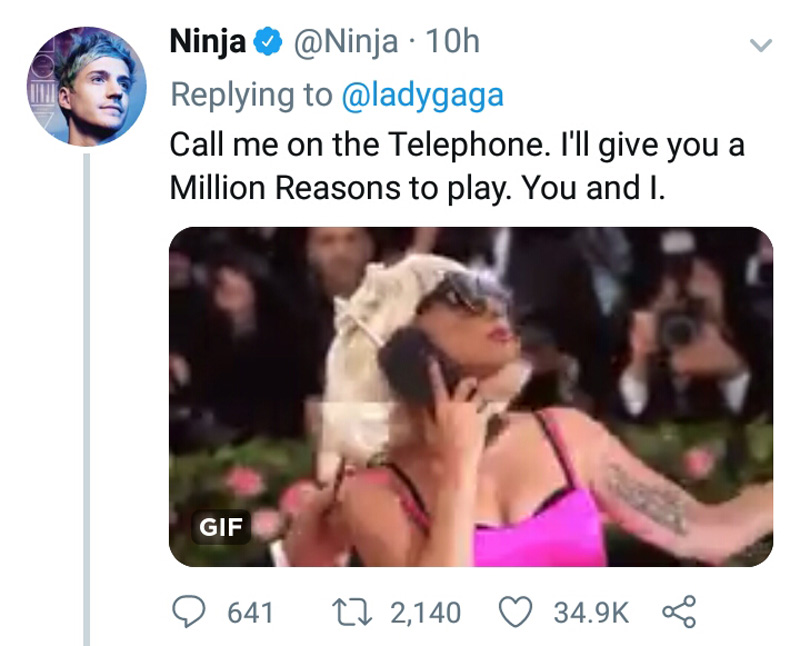 Some were actually pretty accurate:

Some were flat-out depressing: 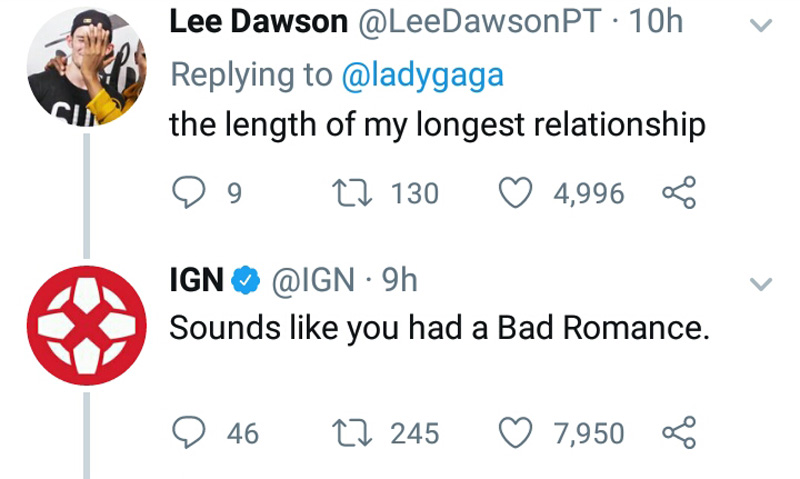 Some remembered that Lady Gaga is really into Bayonetta: 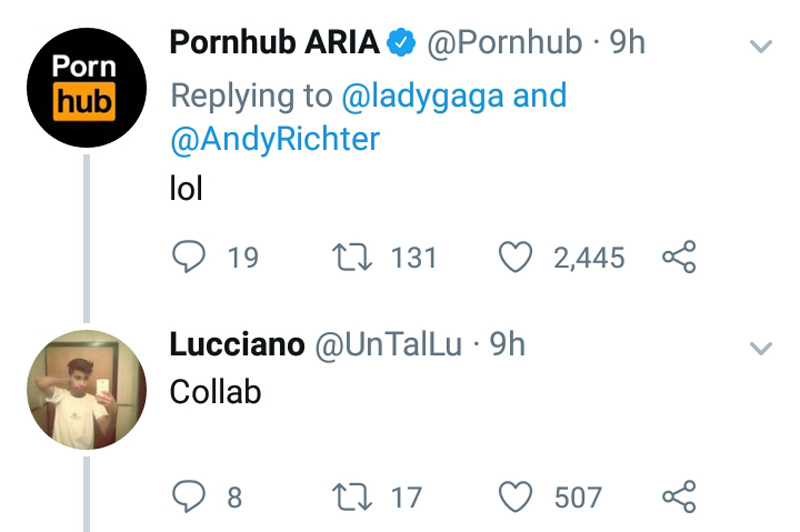 Fortnite lit the internet on fire recently when it went down for two days before a major reboot. It’s no wonder she heard about this strange ‘Fortnight’ - it was the talk of the town and still is.