Konami has unveiled a new line of Arespear desktop PCs

Konami has unveiled a new line of Arespear desktop PCs By all accounts, Japanese game giant Konami is known for a lot of things in that sphere: video games, trading cards, pachinko machines and various other gaming-related items. However, they've never been known for making desktop PCs, at least, not until today.

Apparently, it seems that Konami has finally showing some interest in the PC gaming industry, and thus have decided to expand their scope of operations to cater for it. It's a logical move; PC gaming has been on the rise in Japan these past few years, and there's a lot of money to be made in this part of town, so to speak.

To be more specific, the same subsidiary that's in charge of creating Konami's pachinko machines, called Konami Amusement has been working on the project, and they've already showcased a brand new line of blocky-looking desktop PCs under the Arespear name. According to a Japanese tech site called PC Watch (thanks!), there are three models (with varying levels of performance) that are available for pre-order, although we still aren't sure if the company intends to accommodate overseas orders at this point in time. 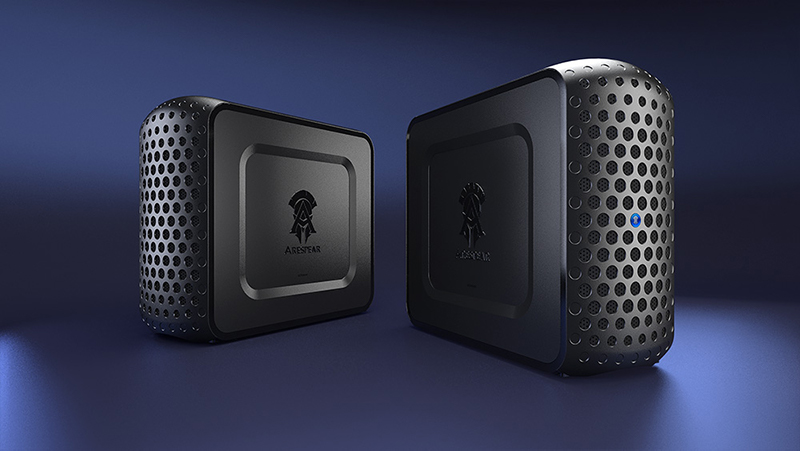 Meanwhile, the two others are actually variants of the same model: the C700 (pictured below) and C700+ (cover image). The main difference between the two lies in the latter's RGB lighting and windowed casing, and while that is aesthetically pleasing, we certainly feel paying an additional 22,000 yen (about S$300) for that is a little questionable. Anyway, specs-wise both of them feature a watercooled i7-9700 processor, an RTX 2070 Super graphics card and 16GB of RAM. Additionally, while they have the exact same 512GB M.2 PCIe SSD as the C300, both C700 variants do come with an extra 1TB hard drive as well. As for sound cards, all three models share the same inclusion: an ASUS Xonar AE. Regardless of the growing interest in PC gaming in Japan or elsewhere, this is still quite a bold move by Konami, and it'll be interesting to see how this venture of theirs matures over time. As it stands, we still don't know if the Arespear line has any special features to justify those (rather high) prices, but we'll definitely keep you posted as more information arrives.