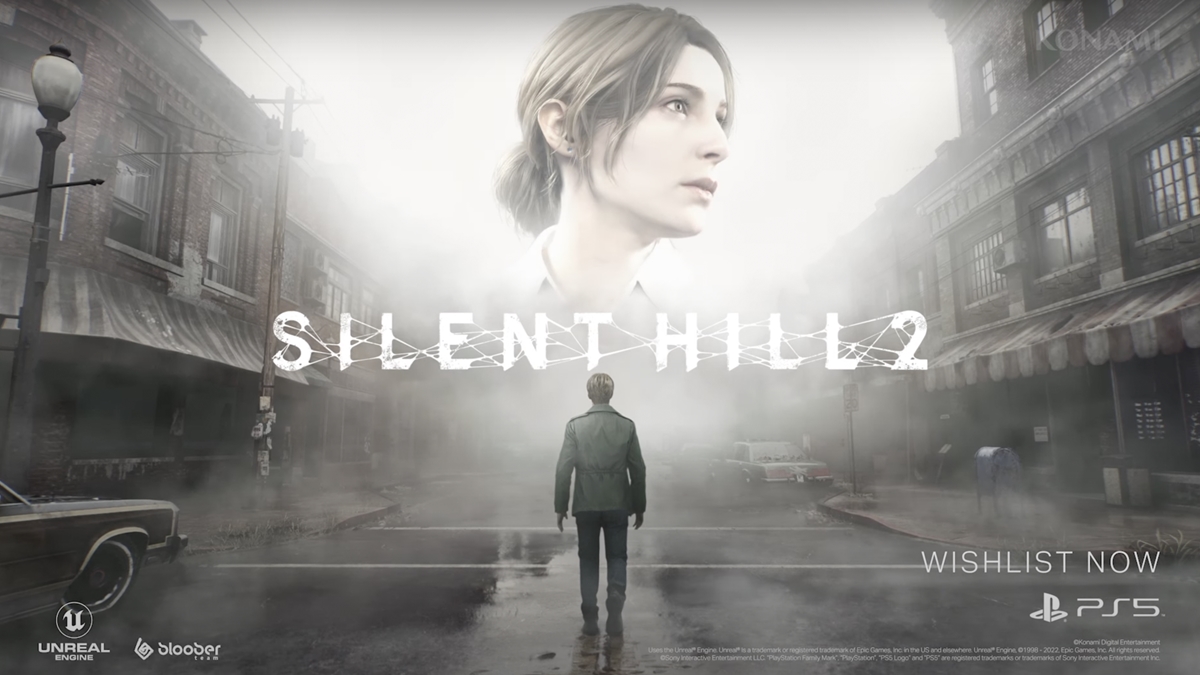 Yes, I've said it before, and I'll gladly say it again: horror games really aren't my thing. But by all means, don't let my terrible appetite for the genre stop you from enjoying the upcoming Silent Hill 2 remake.

The game, which is currently being developed by Bloober Team (of The Medium fame) in collaboration with composer Akira Yamaoka and artist Masahiro Ito was announced by Konami during the Silent Hill Transmission stream, along with four other franchise projects. Unfortunately, we don't have much information on the game yet, much less a release window - the only thing Konami has provided is that it will be available on PC and PlayStation 5 consoles when it does arrive, so we'll just have to make do with that meagre handful of breadcrumbs for the time being.

Even so, it's quite surprising that games aren't the only new bits of Silent Hill content fans can look forward to. Specifically, we'll be getting two new games (in addition to the aforementioned remake), as well as an interactive cinematic experience and even a movie. With that in mind, here's a short checklist to get you clued in on the future of the franchise.

Just like in the original, the Silent Hill 2 remake will see players stepping into the shoes of James Sunderland, who travels to the titular town after receiving a mysterious letter from his long-dead wife Mary. In short, between the eerieness of Silent Hill and James' frightening psychological manifestations, all of which have been redone in 4K, it's time to get the living daylights scared out of us again.

Described as a co-production with publisher Annapurna Interactive and No Code Studios, Silent Hill Townfall is the second of the three newly-announced games. Not much is known about the context of the game at this time, but Konami does promise that it will deliver "a new perspective" on the franchise.

Written by prolific mystery and horror writer Ryukishi07 of When They Cry fame, Silent Hill f is a brand-new bone-chilling tale set in 1960s Japan. The trailer itself doesn't really tell us anything about it, but frankly, it doesn't need to, because it's already creepy as heck.

If you've never heard of the Black Mirror: Bandersnatch film before, it's basically a movie with a unique live storytelling format, one where the community gets to choose between different outcomes in real-time. From how Konami has described it, Silent Hill Ascension presumably aims to adopt a similar format of interactive storytelling. This project will be worked on by Genvid Entertainment, Bad Robot Games, Behaviour Interactive, and dj2 Entertainment.

Last but not least, we have that movie we mentioned earlier, and like many of the other projects on the list, Konami has promised to release more details on it down the line. Right now, all that we know is that it will be directed by Christophe Gans, who also helmed the original Silent Hill film from 2006.

Join HWZ's Telegram channel here and catch all the latest tech news!
Our articles may contain affiliate links. If you buy through these links, we may earn a small commission.
Previous Story
The Republic of Gamers Phone 6 Batman Edition goes on sale in Singapore starting 22 Oct
Next Story
The Right Clean: A guide to navigating Dyson’s cordless vacuum range