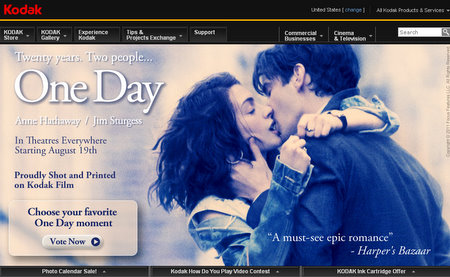 So after seeing how much patents are worth to large companies like Google, Eastman Kodak Co. -- a company based in the US that deals primarily with imaging and photographic materials and equipment -- is hoping to sell some of its patents as well.

According to reports from AllThingsD.com, there are already interested buyers, one of them being from the wireless industry, looking for defensive protection.

These days, smart phones are complete rubbish without a digital camera (even if it is lousy, thanks to layering apps like Instagram).

It could be considered one of the most important aspects of a smartphone, save the touch-screen.

So it is definitely a no-brainer for manufacturers to obtain these patents to protect themselves from litigation that seek to cripple or even slow down production for a crucial competitive edge.

How much these patents that Kodak have for sale however, will be anyone's guess. Would they be as valuable as anything we've seen change hands lately? Or will they just be something that those involved in the patent wars will ignore?

Join HWZ's Telegram channel here and catch all the latest tech news!
Our articles may contain affiliate links. If you buy through these links, we may earn a small commission.
Previous Story
Samsung Galaxy Tab Ban Only Effective in Germany (For the Moment)
Next Story
Samsung SSD 830 Series to Deliver SATA 6Gb/s Speeds to Consumers