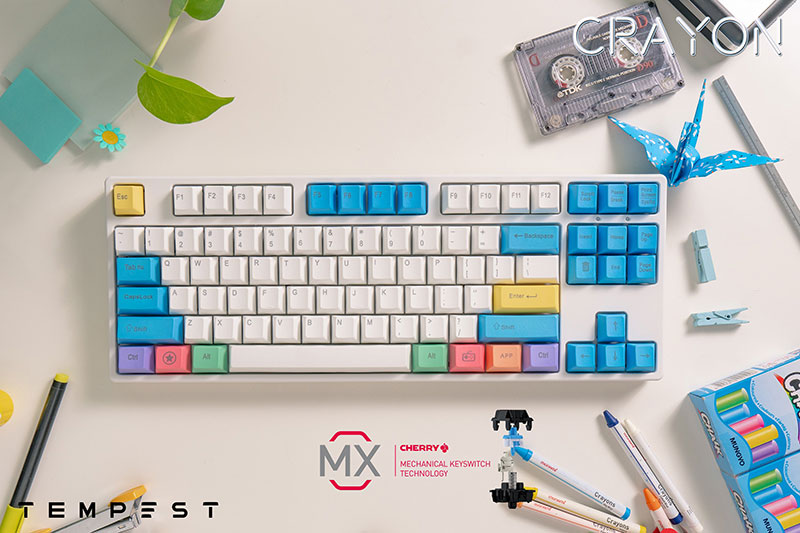 If you're looking for a wireless mechanical keyboard that won't break the bank, there's a new player in town. Singapore startup Tempest has launched the Kirin, a wireless Bluetooth keyboard that also offers an eye-catching pop of colour that you don't often get on stock keycaps.

The Kirin is also a tenkeyless model, so it's more compact and ergonomic to use.

The keycaps are higher quality PBT instead of ABS, and they sport a rougher texture and lower pitched sound when typing. PBT is also generally more resistant to shine, so your keycaps should retain their original appearance for longer. In addition, the legends have been printed using a process of dye-sublimation, where heat is used to sink the dye into the plastic itself. Unlike pad printing, there's no surface layer of paint that can wear off, so the legends won't fade over time. 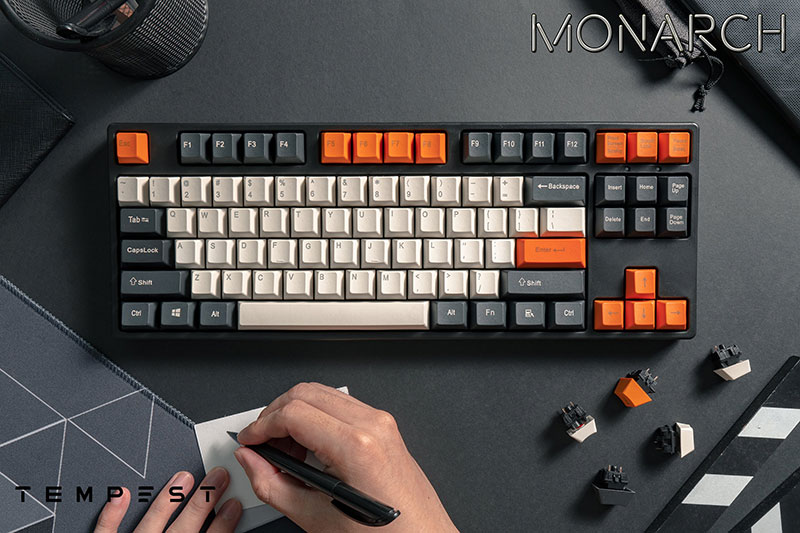 Tempest is releasing the Kirin in two different colours – the black Kirin Monarch and white Crayon. Keyboard enthusiasts may find the keycap designs very familiar though, and it's clear that they were modelled after T0mb3ry's Carbon set and WinMix's SA Chalk respectively.

The Kirin comes with a choice of Cherry MX Red, Brown, and Blue switches, so you can pick between linear, tactile, or clicky variants. There's white LED backlighting with each switch, and you'll have a choice between seven preset lighting effects. That said, I'm not sure that's really necessary since there's only single-colour backlighting.

Given that there still aren't many wireless mechanical keyboards around, the Kirin hopes to stand out with its Bluetooth functionality. It has onboard memory built in as well, which will let you connect and save up to three device pairings so you can easily switch between machines. The battery is a 1,850mAh unit that the company says should be good for up to 60 hours of use.

The keyboard will work in wired mode too, and it ships with a colour-matching braided USB-C cable.