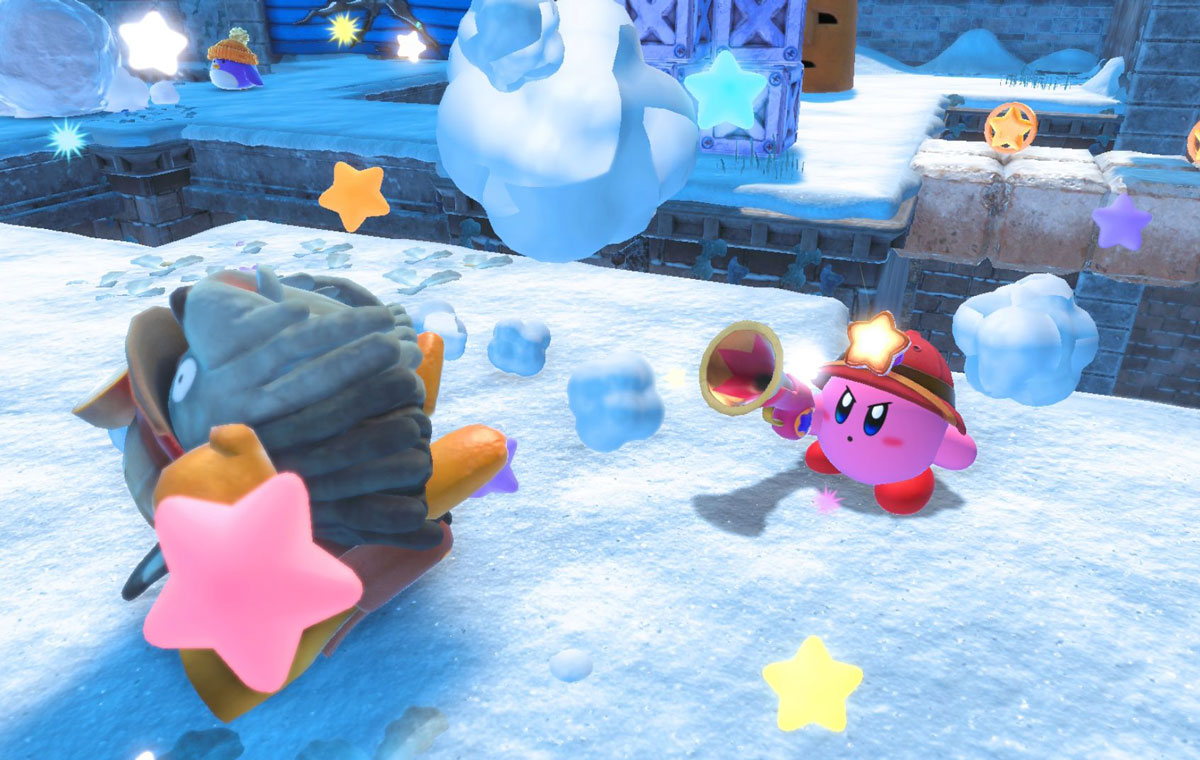 Nintendo has dropped a new trailer for Kirby and the Forgotten Land, which looks like the franchise’s very own twist on Super Mario Odyssey. The game can now be pre-ordered via the Nintendo eShop, ahead of its release date on 25 March, 2022.

The world is dead. Kirby has a gun. What on Earth is going on? Unlike previous 2D side-scrolling Kirby games, this game takes Kirby into a wide open world with multiple biomes full of enemies and platforming puzzles. Kirby still has his transforming ability, which means he can gain abilities like drilling and sword-swinging to get around obstacles and defeat enemies.

Kirby and the Forgotten Land can also be played with a friend in local co-op multiplayer. Instead of controlling another Kirby, your co-op partner will play as a Bandana Waddle Dee with a spear. They’ll get their own special attacks and abilities in combat, like throwing the spear at faraway enemies.

Just because the game is set in the post-apocalypse doesn’t mean it’s all jungles and deserts. Players will get to explore frozen peaks, coastal bays, sandy wastelands and colourful fairgrounds - though we can’t rule out jungles and deserts too. There’s also Waddle Dee Town, a hub area that you can build up over time by rescuing other Waddle Dees throughout the campaign. You can visit a cafe, play minigames and stock up on supplies here.

Kirby and the Forgotten Land hits the Nintendo Switch on 25 March, 2022.

Join HWZ's Telegram channel here and catch all the latest tech news!
Our articles may contain affiliate links. If you buy through these links, we may earn a small commission.
Previous Story
Sony is making more PlayStation 4s in response to PlayStation 5 shortages
Next Story
Leica's newest M11 rangefinder camera features a 60-megapixel full-frame sensor