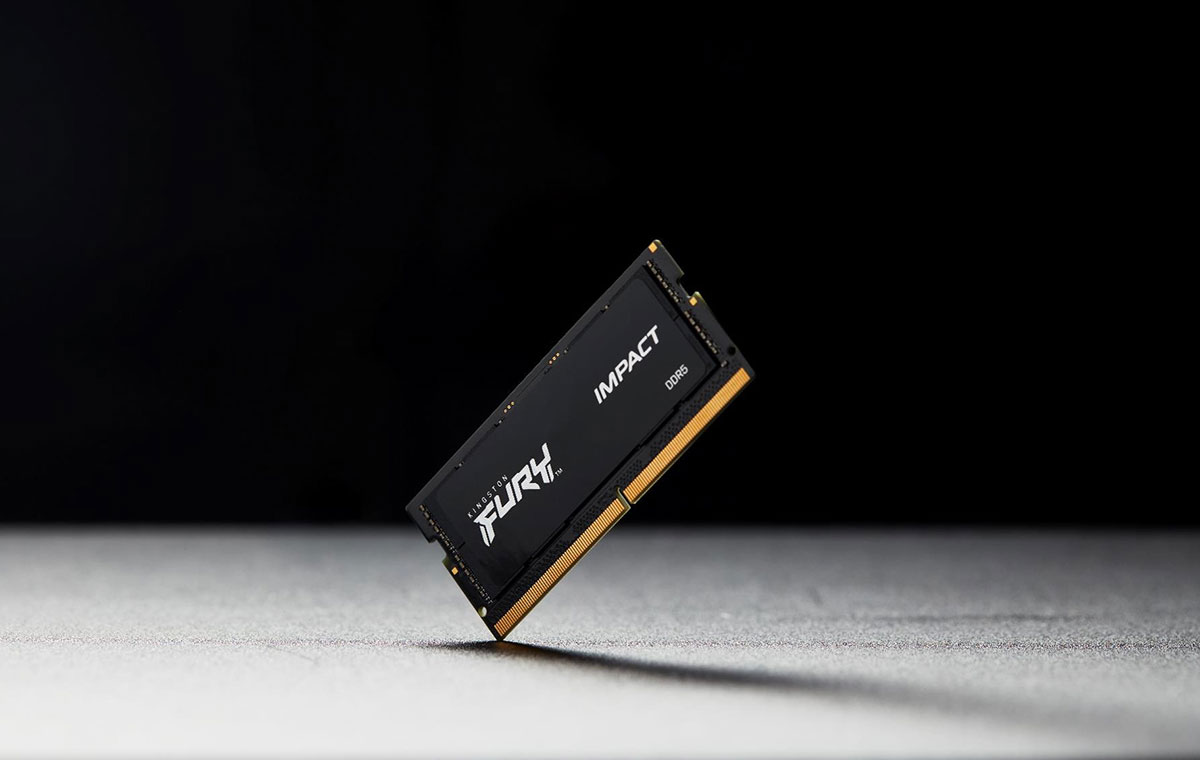 With the advent of DDR5 for modern desktop systems, the new memory standard is now making its way to smaller form factors like laptops. And now, Kingston is joining the list of companies releasing new DDR5 SODIMMs, with its new Impact DDR5 modules, released under its FURY gaming sub-brand.

Kingston boasts of some innovative-looking features for these new modules as well, including Plug N Play overclocking functionality, where the memory module will automatically overclock to the highest listed speed in the system's BIOS. The FURY Impact DDR5 is also Intel XMP 3.0-certified, giving the modules a pre-tested, built-in memory profile, and also has on-die Error Correction Code (ECC) for better stability while overclocking.

Finally, the FURY Impact has a rated speed of 4,800MT/s, running at a voltage of 1.1V. While fast, it doesn't quite match up with Kingston FURY's own Beast DDR5 memory for desktops at 6,000MT/s. It is, however, still faster than the previous Impact DDR4's maximum transfer speed of 3,200 MT/s.

The new memory modules come in 8GB, 16GB and 32GB single modules, with kits of two also being offered, up to 64GB kits. You can find more information about the memory modules and kits on Kingston's website here. The company made no mention of pricing or availability, though based on this listing on a UK-based Kingston memory reseller, it will cost anywhere between about £70 to £500 depending on the kit.

Join HWZ's Telegram channel here and catch all the latest tech news!
Our articles may contain affiliate links. If you buy through these links, we may earn a small commission.
Previous Story
The Batman will premiere in home televisions through HBO Go starting April 18
Next Story
Security vendors given six months to apply for CSA license