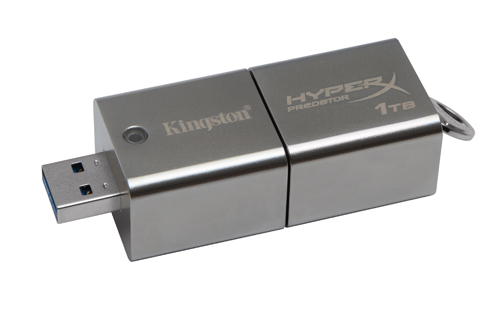 Following news of their celebratory 10 Anniversary HyperX memory, Kingston has just announced the world's largest capacity USB thumbdrive at CES 2013 - the 1TB DataTraveler HyperX Predator 3.0. With the 512GB variant already shipping, Kingston is now adding a 1TB model to the lineup and will start shipping in later in Q1. The drive has also received USB 3.0 SuperSpeed certification, with speeds of up to 240MB/s read and 160MB/s write.

Join HWZ's Telegram channel here and catch all the latest tech news!
Our articles may contain affiliate links. If you buy through these links, we may earn a small commission.
Previous Story
Skype to Replace Windows Live Messenger on 15 March (Update)
Next Story
Samsung Unveils Curved OLED TV at CES 2013